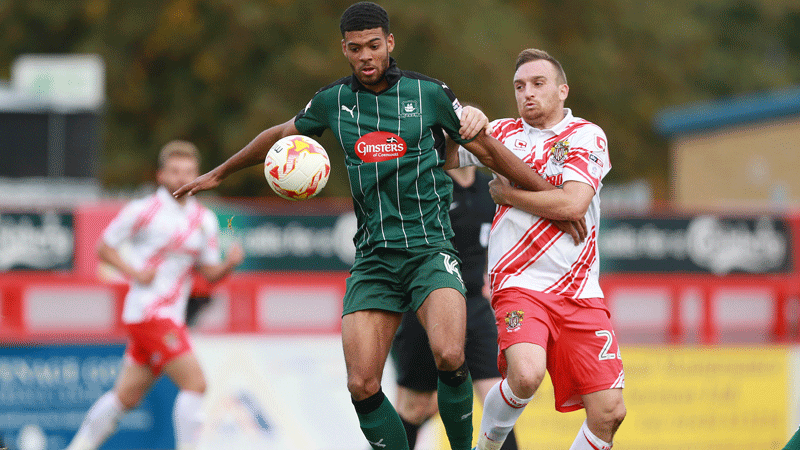 WE have only been there three times before but Statso has still found enough info on Argyle’s record at Stevenage ahead of this weekend’s trip in Sky Bet League Two.

First time: John Sheridan’s men lost 0-1 at the Boro on Tuesday, March 3, 2015 in League Two. The game was goalless until late on, with the Pilgrims looking the more likely winners, but an 89th minute break away from an Argyle corner saw the Hertfordshire club take all three points.

Last time: Derek Adams’ men won 2-1 on Saturday, October 8, 2016 in League Two. An eleven-minute brace from centre-half Sonny Bradley early in the second half was enough to send the Green Army home victorious. Bradley even managed to squeeze in an own goal between his two strikes.

Heaviest defeat: A 1-2 League Two loss on Saturday, September 5, 2015. This was Argyle’s first competitive away loss under Derek Adams, after three victories across the EFL and Johnstone’s Paint Trophy. Teddy Sheringham’s Boro built a 2-0 half-time lead, but on-loan Reading forward Craig Tanner pulled one back for the Greens in the second half.

Further interesting facts: Our 2-1 win at Stevenage on October 8, 2016 was our fifth away win on the trot in the EFL. We were to extend this run to seven matches, a club record. It was also our tenth league game without a defeat, nine of which were won, as we cemented our position as leaders of League Two.

Saturday’s game will be the first time that we have played Stevenage away in January. We have also yet to draw or keep a clean sheet against them at their own ground.

In the 2014-15, season both Stevenage and ourselves were losing semi-finalists in the League Two play-offs. Wycombe Wanderers accounted for us and they went on to lose to Stevenage’s conquerors, Southend United, in the final.