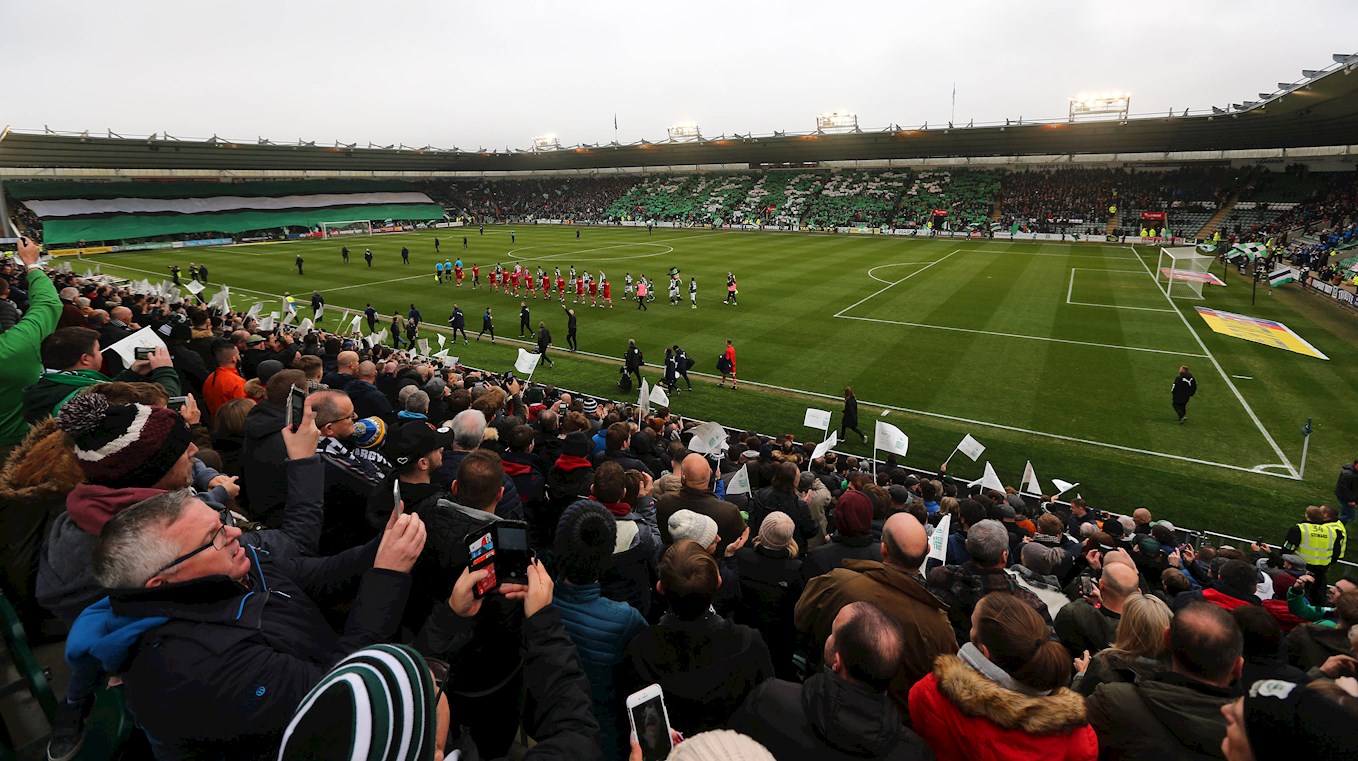 ARGYLE fell to only their second home league defeat of the season against Sky Bet League Two leaders Swindon Town in front of a 15,000 crowd at a fully-open Home Park.

The game looked to be heading for a competitive, and probably deserved, draw, before the division’s top goalscorer, Eoin Doyle, stole a yard in the box to snatch the points late on.

Although the visitors arrived at a near sold-out Home Park sitting top of the Sky Bet League Two table, Argyle were the team in better form. In the last six games, no side across the EFL’s three divisions had collected more points than Ryan Lowe’s Pilgrims – winning five of their last six outings.

As a result of Niall Canavan’s 96th-minute winner against Stevenage just a few days earlier, the Greens, starting the day in the play-off places, had moved to within touching distance of their opponents, with games in hand.

Lowe opted for three changes from the side that dramatically saw off Stevenage, with Dom Telford and Joel Grant recalled to the starting line-up in place of Zak Rudden and Billy Clarke. In midfield, Danny Mayor dropped to the bench, with Conor Grant coming into the side.

A ribbon-cutting from young Pilgrim fan Joe Mitchell and a superb ‘Mayflower 400’ display in the Lyndhurst side met the players as they emerged from the dressing-rooms on a momentous day in the club’s history – alongside a roar that befitted not only the occasion, but the players whose recent form has led the Green Army to once again believe in better times ahead.

The Pilgrims clearly had more on their minds than a day out – and they set about the early exchanges with great energy, penning Swindon back into their own territory for the entirety of the first five minutes. The pressure nearly told shortly after, as George Cooper’s free-kick delivery found Canavan at the far post. The defender met it sweetly, only to see his header clawed away by goalkeeper Steven Benda.

The Greens kept coming, though. Two minutes after Canavan’s effort, Antoni Sarcevic broke the lines with his signature energy. Having nutmegged Rob Hunt and burst clear, the midfielder fired low, but Benda held out again.

Of course, Swindon are not top of the division for no reason, and they responded to the Greens’ swift start like a league leader should. Like Benda in the opposition goal, though, Alex Palmer was on hand to deny the division’s 22-goal topscorer, Eoin Doyle, from adding a 23rd on 15 minutes.

For all the talk of the visitors’ forward line, it was the Pilgrims’ diminutive striker who stood tallest to nod the Greens into the lead on 22 minutes. Cooper, finding just enough room from marker Paul Caddis, delivered a devastating cross from the left wing. Telford, measuring a little over 5ft 6in, timed his leap to perfection to power a header into the Barn Park net.

With the visitors rattled, the Greens nearly doubled their lead just moments later. Sarcevic, proving to be quite the thorn in the Robins’ side, picked the pocket of Anthony Grant to bear down on goal. This time, he opted to try and lift the ball over Benda, but the visiting ‘keeper made a big stop to keep Swindon in the game.

Unfortunately for Lowe, whose strikers had been causing Town’s makeshift defence all sorts of problems in the opening half-hour, he was forced into a substitution when Telford pulled up with an injury. Billy Clarke came on for the goalscorer, who was understandably devastated to have suffered another frustrating injury.

Telford’s frustration was felt by all of a Green persuasion shortly afterwards, as the visitors drew level. Norwich City loanee Daillang Jaiyesimi received the ball with his back to goal, around 25 yards out, before wrestling his way past the attentions of Joe Edwards. Having battled his way past the Pilgrims’ skipper, he struck a venomous effort off the inside of the near, leaving Palmer with no chance.

With two good teams entering something of a stalemale, both managers opted to introduce fresh legs in attempt to stretch the game. Lowe brought Zak Rudden and Danny Mayor off the bench in place of Conor and Joel Grant, while Swindon introduced Kaiyne Woolery and Michael Doughty for Jerry Yates and a tiring Jaiyesimi.

The changes took almost immediate effect for Swindon, who snatched the lead with a little under 15 minutes to go. Doughty threaded a pass to Caddis on the right flank, and his delivery into the danger area was met by Doyle, who timed the run across his marker to clip the ball into the far corner.

The Greens looked to mount a response through the energy and delivery of wing-backs Cooper and Byron Moore, and it was the former who came close, receiving delivery of a ball from the right channel, before striking an effort which was deflected into the grateful arms of Benda.

Turning provider, Cooper then delivered a ball which narrowly evaded Rudden, before rebounding to Clarke, who hooked the ball over the bar.

With seconds left on the clock, the Greens conjured one further opportunity, Moore’s right-wing cross finding Clarke at the far post. Unfortunately for the Pilgrims, he could not direct his header into the path of a team-mate, and it was hooked to safety.