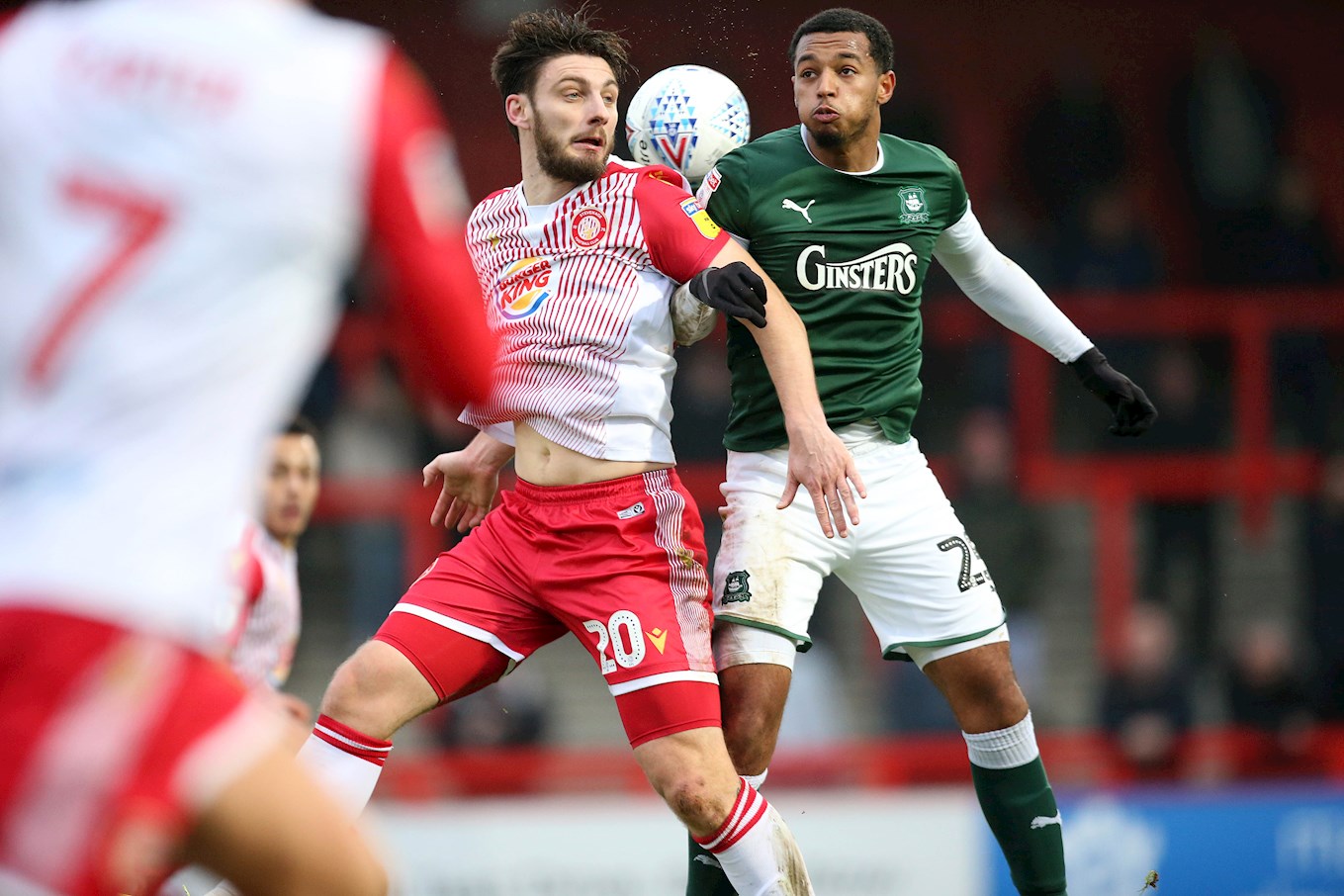 AFTER naming the same team for three successive games, Argyle manager Ryan Lowe made one astute tactical switch for the 2-1 victory at Stevenage in Sky Bet League Two.

Midfield talisman Danny Mayor has often been the target of some robust treatment from opposition defenders this season and the gaffer opted to remove that scenario by selecting Josh Grant to operate alongside Tyreeq Bakinson and Antoni Sarcevic in the Green engine room.

It was a move that worked out perfectly, as the Pilgrims largely controlled the game and ran out deserved winners with goals from Byron Moore and Ryan Hardie.

“Danny Mayor has that trickery and running with the ball but we’ve got to understand that sometimes they [the opposition] will upset the apple cart by taking the main man out of the team,” said the boss.

“I did it for them. It was a tactical change, with Tyreeq and Josh in there. Danny has been good as gold, he has been a little fatigued of late, so we felt it was a great opportunity.

“He [Mayor] probably wouldn’t have had much ball and a tactical change in there, which obviously paid off.”

Ryan was even more grateful that his one change was all that was required, as skipper Gary Sawyer went down with what initially looked to be a serious injury in the opening minutes of the game.

Thankfully, physio Dave Galley was immediately on hand to tend to Gaz and it turned out to be a slight muscular problem in his neck.

“It was worrying at the time but it turned out to be muscular,” said Ryan. “Dave [Galley] has gone on there to have a look and I was pleased because you don’t want to lose your captain.

“There was also the balance down the left-hand side but Gaz isn’t coming off the football pitch unless he’s really hurt. He might be stiff in the morning but he’s alright.”