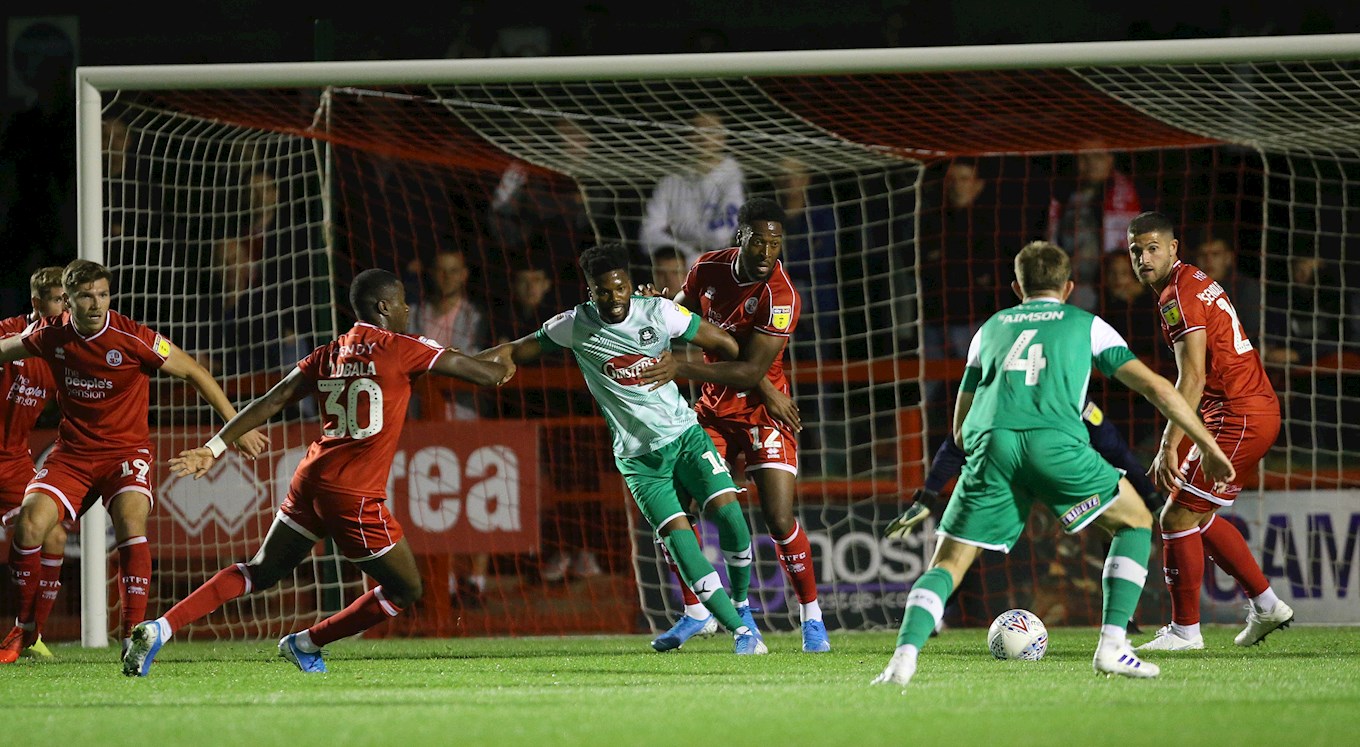 AFTER a positive start to the season, Crawley Town have suffered from inconsistent form that prompted a change of manager just before Christmas.

The Reds head to Home Park tonight with some belief in the ranks following their thrilling 3-2 win over Ian Holloway’s Grimsby on the weekend, with Ollie Palmer scoring an impressive brace.

The campaign started with a defeat at Carlisle but then Beryly Lubula scored the first goal of his prolific season in the 2-0 triumph over Salford. Crawley ended August with three successive victories, one of which was a memorable 1-0 win over Premier League Norwich in the Carabao Cup.

Despite a win over Mansfield and the September 2-2 draw with Argyle, Crawley suffered a disappointing autumn. There was one triumph at home to Colchester but that was the only win in 11 games leading into December.

The gloomy form cost Gabriele Cioffi his job as manager and the Reds turned to experienced coach John Yems. He got his first win on Boxing Day, a brilliant 4-0 thumping of Northampton. This was followed by three draws and another Palmer double securing a win over Bradford.

The Reds currently sit in mid-table but the Greens will have to be wary of a side growing in confidence and form this evening.