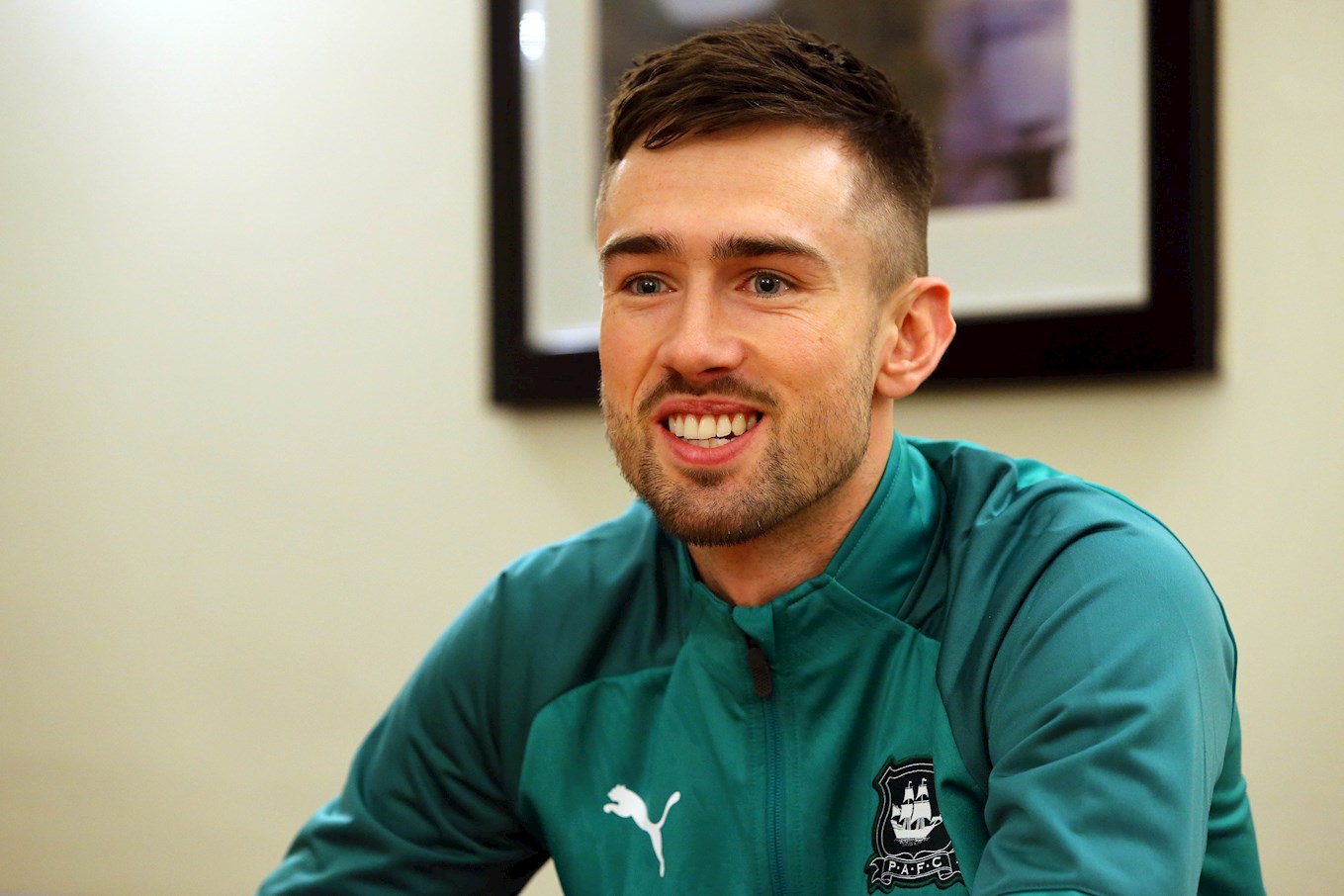 RYAN Hardie has arrived as a Pilgrim and a new striking option for manager Ryan Lowe after joining on loan from Blackpool for the remainder of the season.

After coming through the ranks at boyhood club Glasgow Rangers, the Scotland youth international had scored goals in loan spells with Raith Rovers, St Mirren and Livingston, where he hit the net regularly in the top-flight of the Scottish game.

A predatory finisher by trade, Hardie has already proven he will score goals when given chances and the next chance will come in the Green of Argyle, starting with today’s trip to Carlisle United in Sky Bet League Two.

“I’m looking to get some game-time here and I like to gamble on mistakes, running in behind and be a finisher,” said Hardie. “Any chance I get, I’d like to think I’ll put it away.

“My first time on loan [at Raith Rovers] came when I was just 18 and to get some first-team football at that age was brilliant. I managed to help them get to the play-offs, which was a good achievement for my first loan.

“I went back to Livingston after injury and scored five goals in the December, which was my first taste of the SPL [Scottish Premier League]. I enjoyed it, getting the experience of playing in the SPL and against the best players in the country. It was a good challenge for me.”

The move to Argyle came after being watched by manager Ryan Lowe in a reserve fixture and the latest chapter in a journey that has taken Hardie south of the border after making the difficult choice to leave Rangers.

“I was playing in a reverse game for Blackpool against Fleetwood and the manager [Ryan Lowe] came and watched,” he said. “There were a few conversations before that and it was about getting to January and seeing how things were with me at Blackpool. When the chance came, I was very happy to get it done.

“I was at Rangers for around ten years, so a big part of my career so far. I had the chance to move on when it wasn’t working out for me and I felt that was a good decision for my career. I went to Blackpool and things haven’t worked out so far but I’ve only been there a few months, and played a few games.

“It was the hardest decision [moving from Rangers]. I’d supported them as a boy, grew up watching them and played for them for ten years, so it was a hard decision to move on.”

Now that journey from Rangers all the way down to Home Park is complete, the new recruit is hugely excited to start firing in the goals that will hopefully take us to promotion and working with a former striker in Ryan Lowe can only help his game.

“When the opportunity came up, I was really excited,” said Hardie. “I’ve had a few conversations with the manager and it’s going to be great working with him.

“He was a striker, like myself, and I’m looking forward to hopefully progressing myself and helping take the club up to where they should be - playing in League One and even higher. I’ve come here to play as many games as I can and score as many goals as possible to help take this club back up to League One.

“I’m excited to see what the rest of the season holds. I’ve heard a lot about the place, it’s a massive fanbase and a big footballing community.”