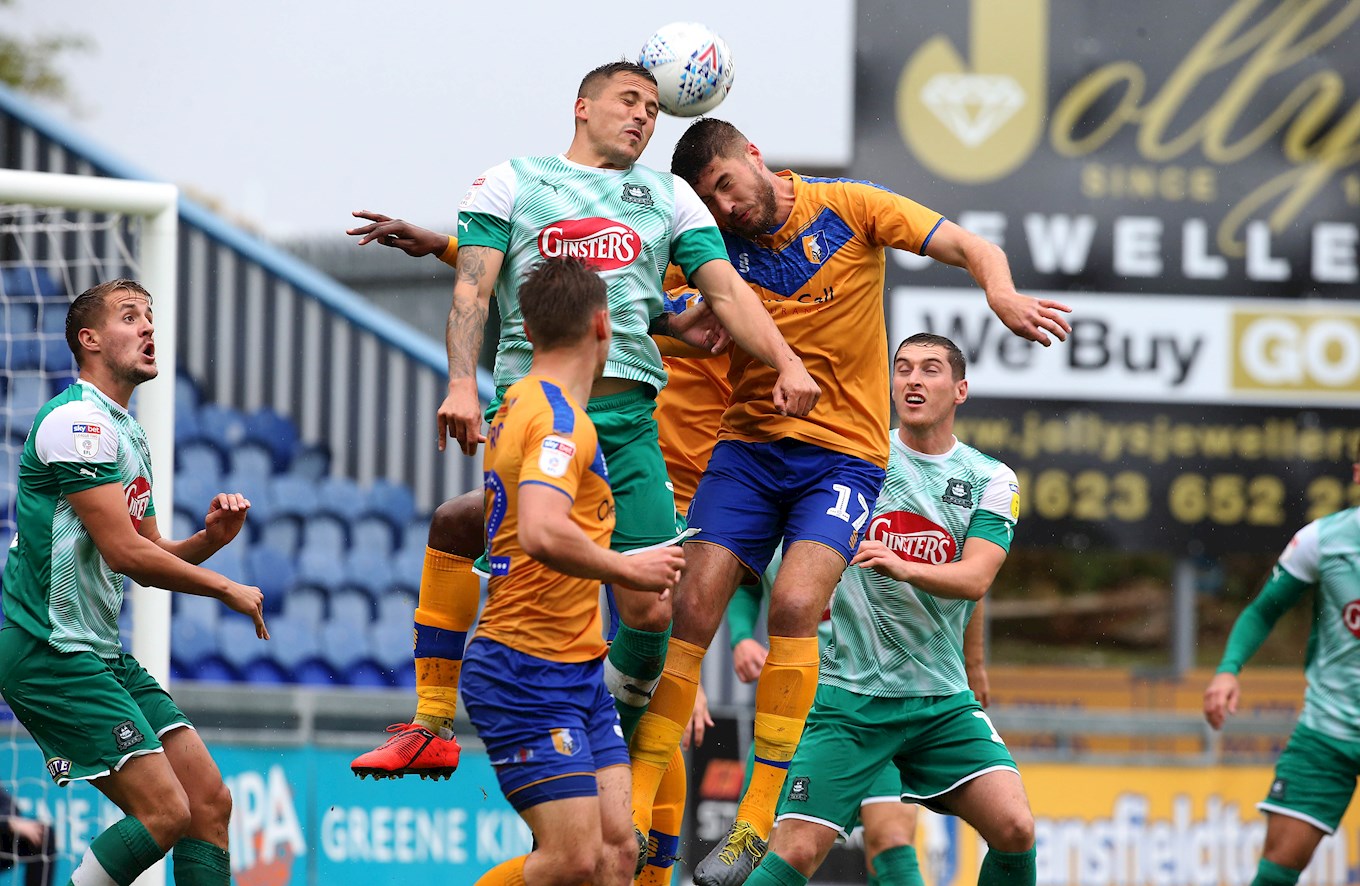 SATURDAY’S opponents, Mansfield Town, come to Home Park on the back of a difficult recent run in Sky Bet League Two.

Former Pilgrim Graham Coughlan left his post at Bristol Rovers in League One to move to Field Mill as manager just before Christmas but a tough job to galvanise a Mansfield side low on confidence.

Coughlan has only won once so far as boss, a come from behind win away to Cambridge United, when a Nicky Maynard treble gave them all three points.

Coughlan’s side lost to Grimsby by a solitary goal a fortnight ago and, to add insult to injury, Grimsby won despite having been reduced to 10 men and were gifted the only goal by a Mansfield player, with Malvind Benning put through his own net on 66 minutes.

Most recently, the Stags came out second best in a topsy-turvy seven-goal thriller against Forest Green Rovers last Saturday. They led 2-1 at the interval, were then behind 3-2 on the hour, Carl Winchester’s crisp strike edged the Rovers ahead. Far from over yet, Nicky Maynard levelled the scores to 3-3. A point was within their grasp, but not to denied, Aaron Collins, in the sixth minute of stoppage time, made it 4-3 to Rovers.

It would be fair to say that, given their form, Mansfield have under-performed so far this campaign in Sky Bet League Two, but there is no doubt they have talented players among their ranks, with 12-goal Nicky Maynard one of those danger men and a player Argyle manager Ryan Lowe will know very well from his time at Bury.

The Stags stuttering start to the season finally got going thanks to a 2-0 win over Carlisle at Brunton Park on August 17. The goals came courtesy of Danny Rose and Nicky Maynard, however that was followed up with a defeat to newly=promoted Leyton Orient three days later, losing 3-2.

They won just once in September and it came at the start of the month, a 2-0 success over Scunthorpe. Defeats followed against Crawley, Cambridge and Argyle. October saw a 6-1 thrashing of Oldham but again they failed to kick-on from that, drawing 2-2 away to Forest Green and then losing 2-1 at home to Salford.

November and December were similarly tough months, winning only twice and both of them in cup competitions, prompting the departure of former boss John Dempster and Cocko’s appointment as the new manager.