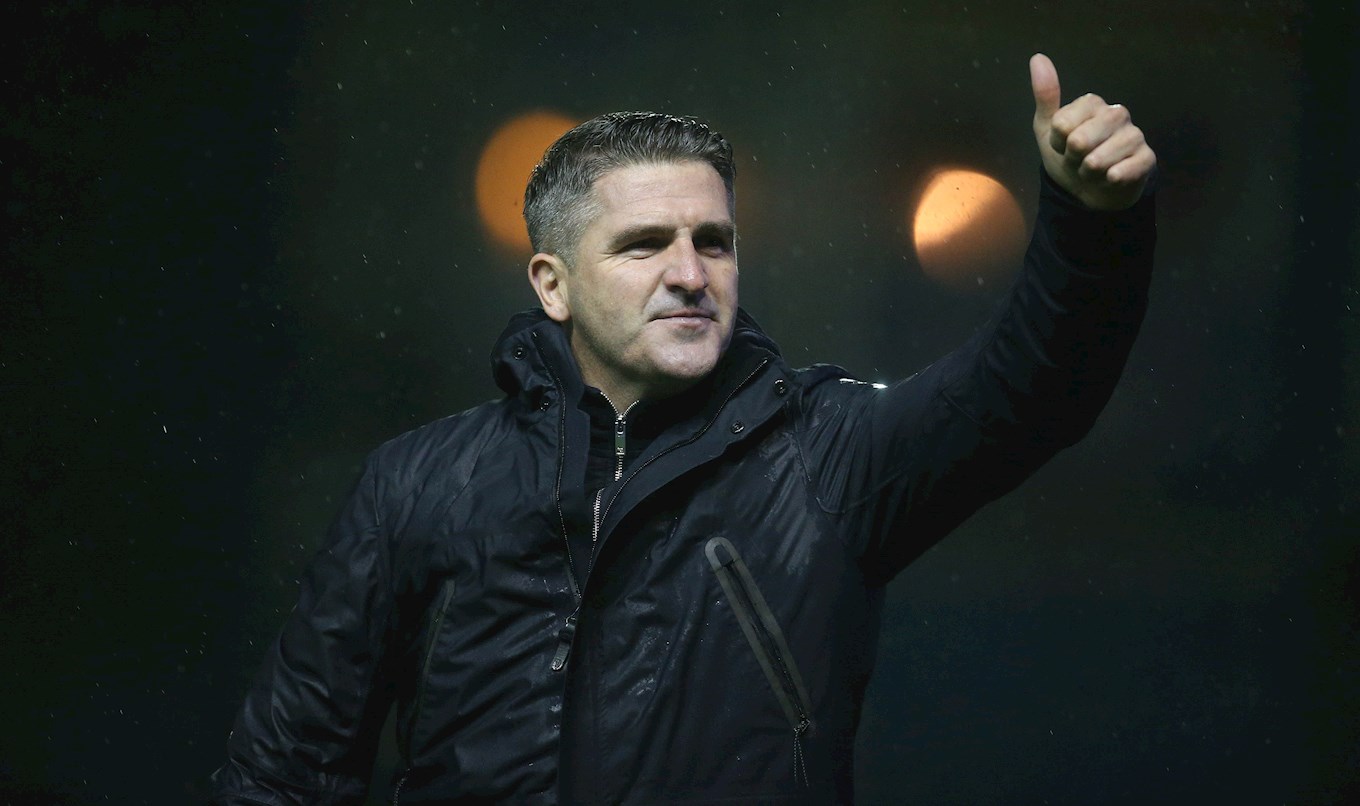 A WIN at the opposite end of the country from Argyle was dedicated to the Green Army and their magnificent support.

Before departing Home Park at 4am for the long trip to Carlisle on Saturday, manager Ryan Lowe personally paid for those on the official supporters’ coach to have a breakfast bap as a token of our gratitude.

That thanks extends to all 567 Argyle fans who made the journey to watch the Greens win 3-0 and consolidate our place in the Sky Bet League Two play-off positions.

“They [Green Army] were different class,” said Ryan. “It cost me a few quid but it was worth it and a thank-you from me, my players and the staff.

“What a shift they’ve put in. They’ve travelled the length of the country and they’ve got to travel the length back.

“That win was for the Argyle fans because it is something special to travel all that way. Not many teams come here with two or three hundred, so to have over 500 here was fantastic.

“They’ve gone that extra mile and when they put their hard-earned money into following us, we need to make sure we put on a show for them. They’ll keep backing us, supporting us and long may that continue.

“When you get a performance like we did [at Carlisle], it’s brilliant to send the fans home with a smile. It makes the win more pleasing with the distance they’ve travelled.”