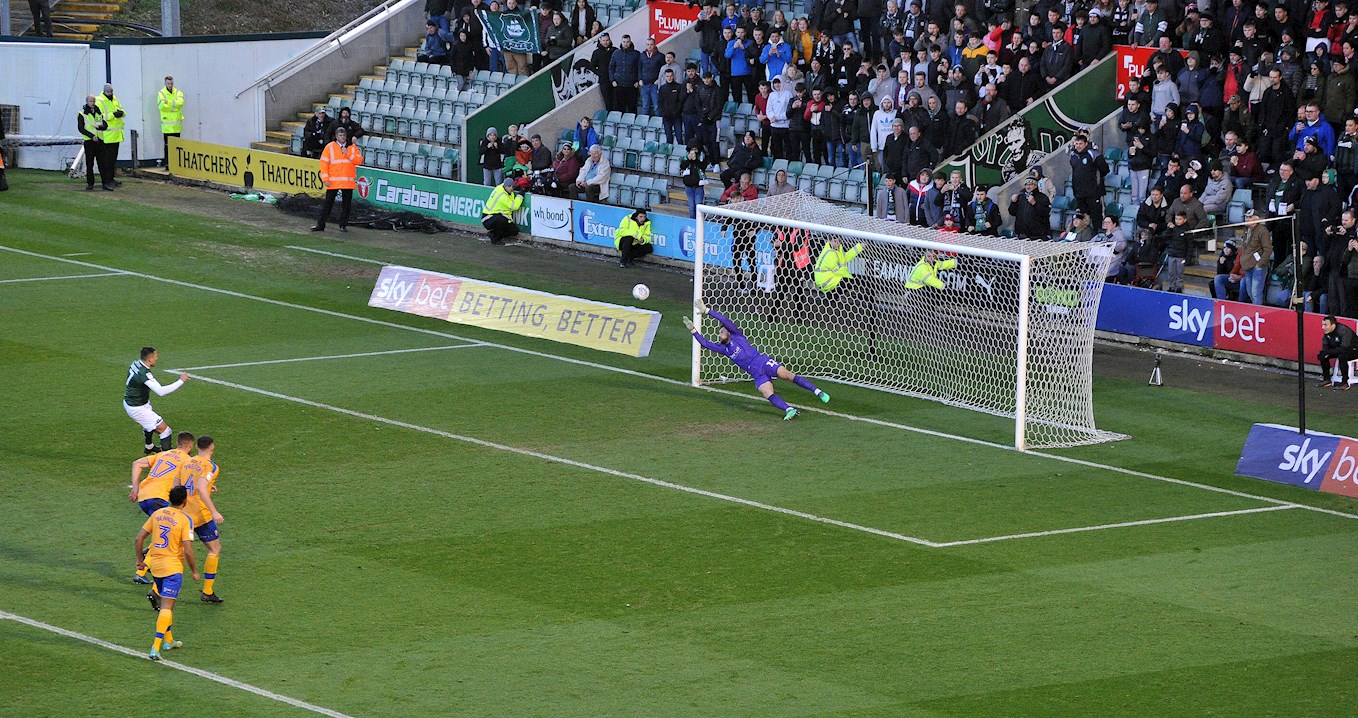 Goals from Niall Canavan, Antoni Sarcevic and Ryan Hardie scored the goals in a 3-1 triumph that came after surviving early pressure from the visitors.

Coming through that opening spell to complete the three points was particularly satisfying for manager Ryan Lowe, who is now focussing on the next few challenges and 20 tough games to go in the race for promotion.

“We will keep ticking them off and more tough games coming up now against Stevenage, Crawley and Newport,” said Ryan.

“They will be different types of games, they’ll pose a different type of threat to us and we’ve got to be ready. We’ve got to do the work, which we will, and the lads will keep taking on instruction.

“We’ll knock another ten [games] out of the way and then we’ll see where we are. With ten left, we’ll see a bit of light at the end of the tunnel and that should make up our mind as to where we could possibly finish.

“It [home form] is going to be massive. The fans are with us, there was a bit of frustration at some points, but they’re sticking by us and singing the songs.

“I think they’re seeing now that when they stick with us, and it wasn’t pretty for the first 15, 20, possibly minutes, we are better than that.”