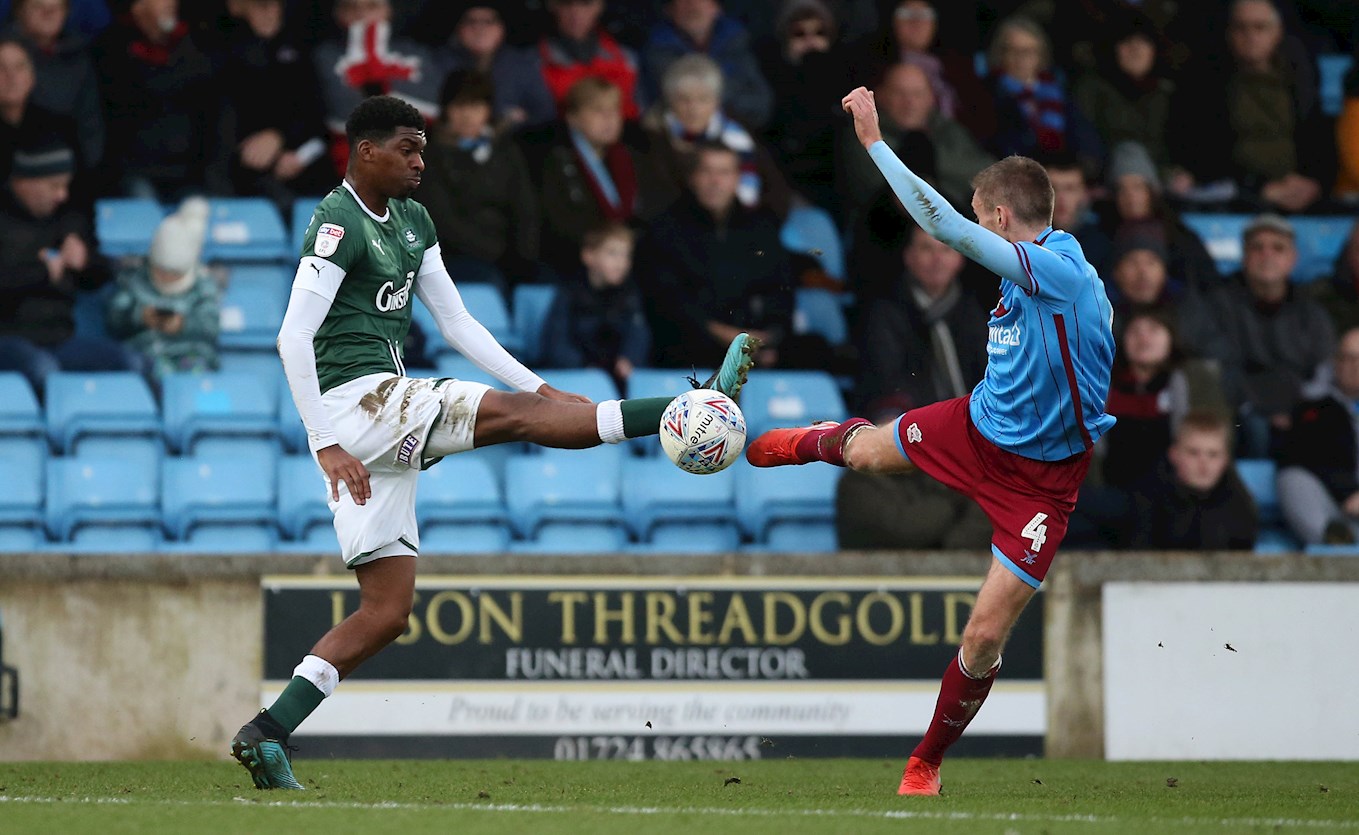 TYREEQ Bakinson produced an exemplary debut display in the Argyle midfield after joining on loan to the end of the season from Bristol City.

The powerful midfielder was all-action in the engine room at Scunthorpe United, as a brace from Luke Jephcott and Byron Moore’s sumptuous volley steered the Pilgrims to a deserved 3-1 success.

“We’ve known Ty and what he’s about. He came in and trained with us, and he’s a quality player,” said manager Ryan Lowe. “We’ve got him from Bristol City and we’re appreciative of that because he’s a top-quality player.

“For them [Bristol City] to lend us him for the latter part of the season, as we’ve seen, the performance was different class.”

The goal for Byron was particularly impressive, volleying home at the back post after switching from the wing-back role he has deployed over Christmas to operate as a strike-partner for Jephcott.

“I said to Byron ‘you’re playing up front’, and he said he’s been enjoying playing at wing-back,” said Ryan.

“I felt he’d looked a bit tired and, as a striker, he’s fast and he peels off. We do things for a reason and I’ve got a fantastic group of lads, who are putting their bodies on the line and playing with their hearts on their sleeves.

“That’s what I want because, if you look at all the best teams, look at the work-rate they give you. You can have quality but without work-ethic, you don’t get anything, and my lads certainly have that.”