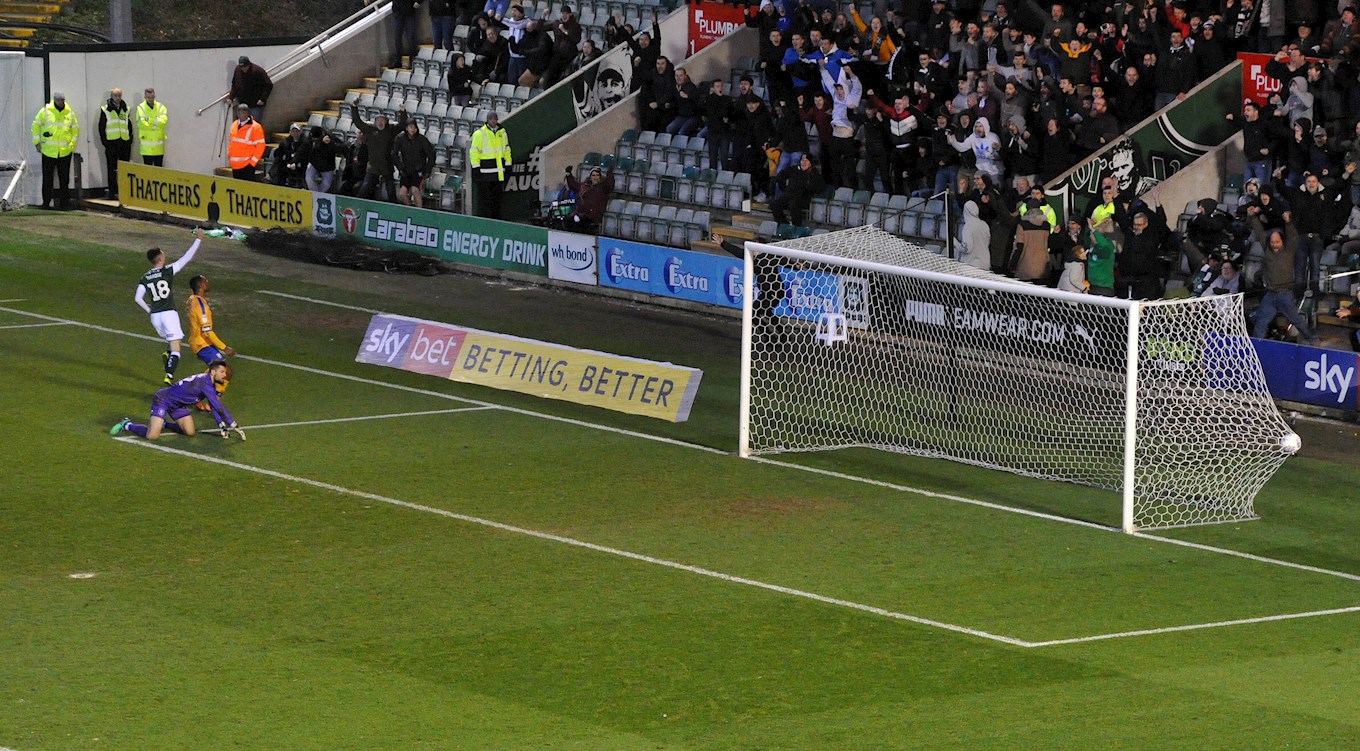 IT is now two goals in two substitute appearances for new loan signing Ryan Hardie, as he followed up a late third at Carlisle last week with the final word in Saturday’s 3-1 win over Mansfield Town in Sky Bet League Two.

The Home Park faithful got their first glimpse of the young Scot borrowed from Blackpool and Hardie didn’t disappoint with a cameo full of pace, power and assured finishing.

“We’ve got to monitor him and make sure he is getting up to speed, but that what he gives you,” said manager Ryan Lowe. “He gambles, he’s fast and a galloper.

“Once he was in there and it came on to his left foot, he’s got that composure, which we obviously want in front of goal.

“We knew when we signed him what he was going to give us and, at the moment, he’s given us two goals in two games.”