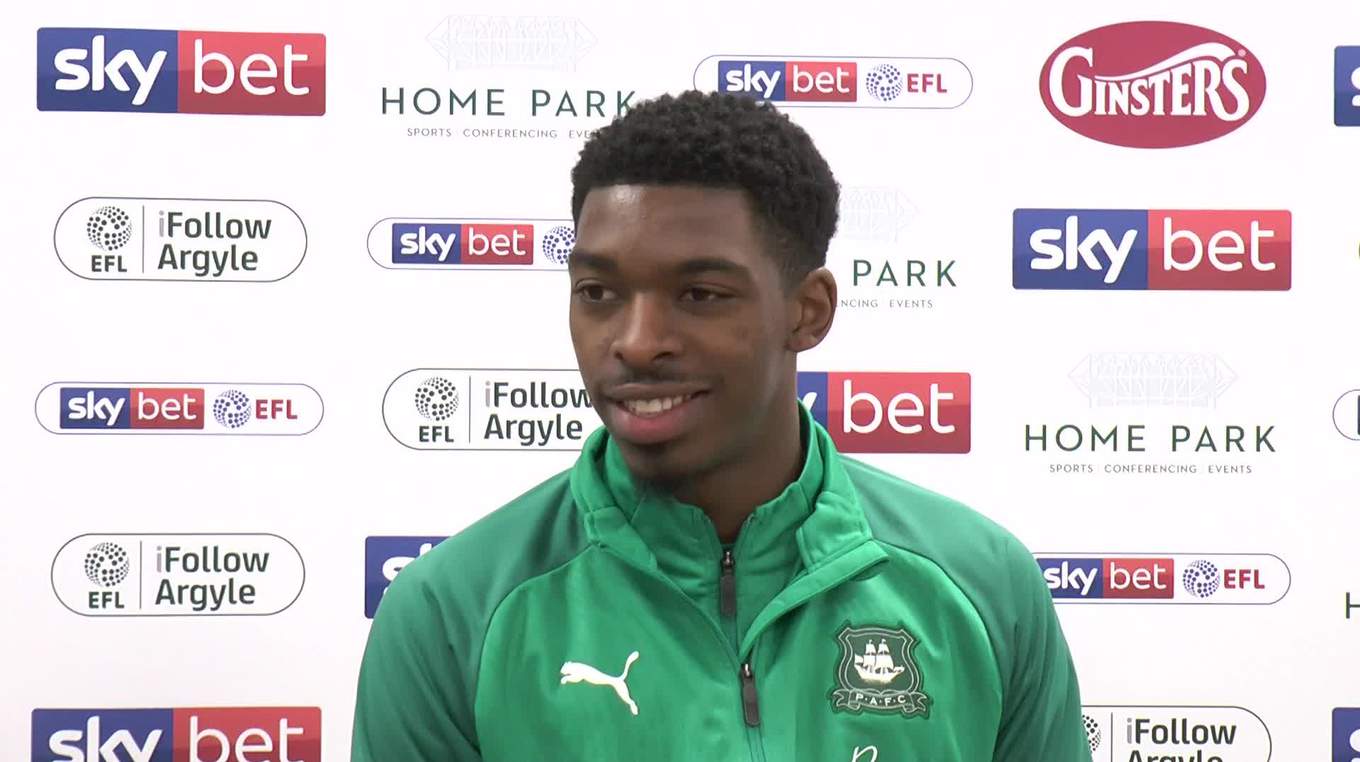 Tyreeq in his Own Words

TYREEQ Bakinson has yet to pull on the green shirt, but he is already a massive fan of the Ryan Lowe style of play.

The 21-year midfielder, who has joined the Pilgrims on loan until the end of the season from Bristol City, said: “When you are a young player, you just want to play football, and I love the football that this team plays, so I am excited to get started.”

Tyreeq’s admiration of the team that he has now joined is based on first-hand experience. He has been a regular visitor to at Home Park recently, watched the Pilgrims’ matches and, more importantly, training with his now new team-mates.

“It’s been really good,” he said. “It’s a really good squad and I’ve learnt to get used to everyone.

“We’ve got a really good team and a good chance of doing something really good this season, so hopefully I can help in that push.”

Tyreeq has plenty of Sky Bet League Two experience, having played a full season for Newport County last season, a campaign that saw him win the Exiles’ Young Player of the Year award and ended in a Wembley play-off final.

He said: “It was tough to get started, to learn about the football, but I’m a learning person.

“I don’t want to jinx it but hopefully we can go one step further this season. I can’t wait to get started.”