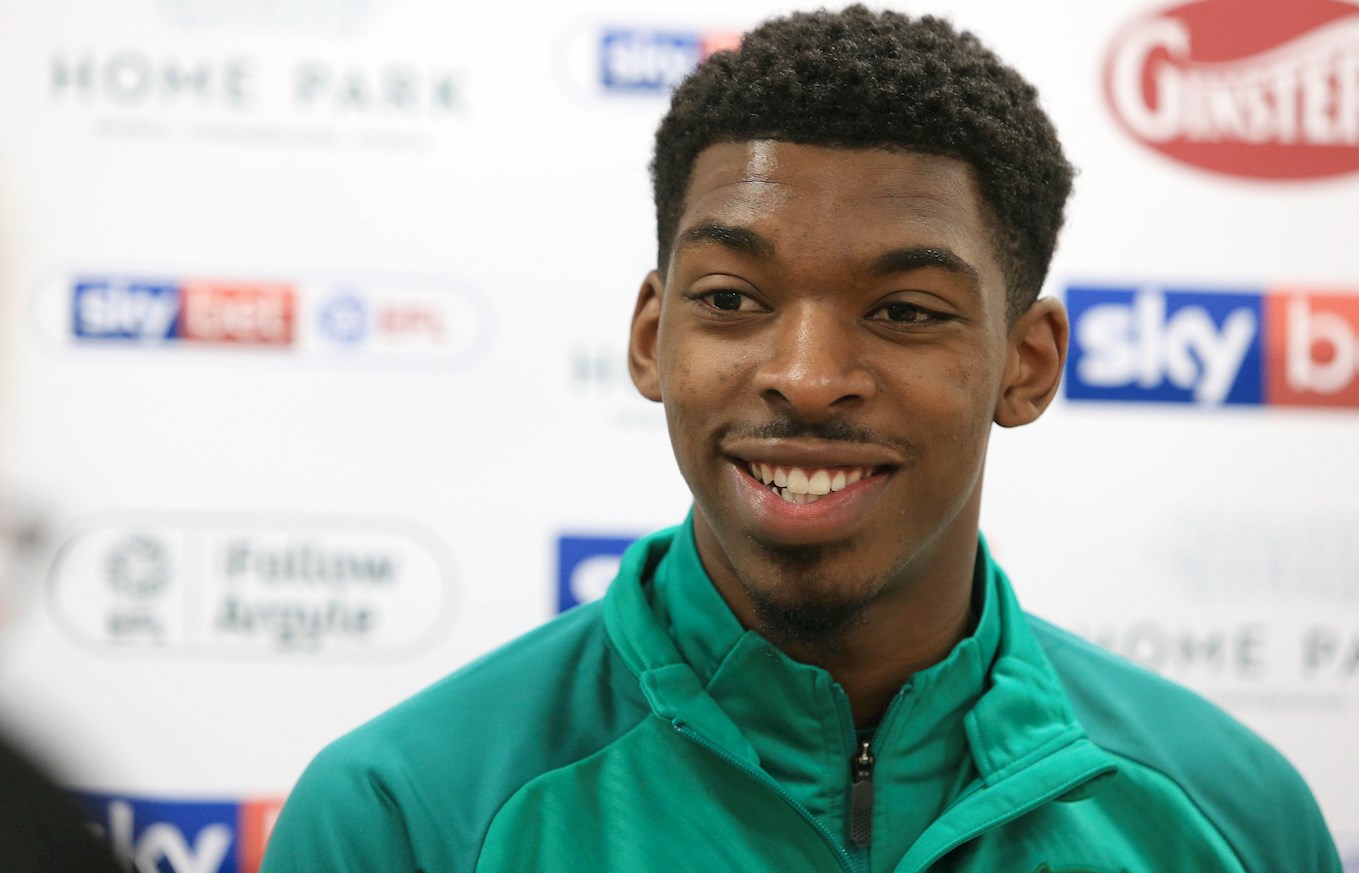 The Bristol City midfielder, who has joined the Pilgrims on loan until the end of the season, follows in the recent stud-marks of other Robins’ alumni Bobby Reid, Joe Bryan, Arnie Garita and Zak Vyner.

Bryan and Reid are now at Championship side Fulham, having both played in the Premier League since their spell at Argyle and moved for combined transfer fees of £16m; Garita, who is currently playing in France, and Vyner, now with Scottish Premiership side Aberdeen, are both former Young Pilgrim of the Season award-winners.

Tyreeq, 21, is also already an award-winner, having picked up the Newport County Young Player of the Year award last season after a highly successful loan spell with the Exiles that ended at Wembley, where Tranmere Rovers won promotion to Sky Bet League One with a 1-0 extra-time victory.

The 6ft 2in Londoner played in 42 matches in all competitions for the Welsh side, scoring one memorable goal and providing six assists in his time at Rodney Parade, and helping County to an Emirates FA Cup fifth-round home tie against Manchester City.

Those 42 games included the most fleeting of appearances in front of Argyle manager Ryan Lowe when he was in charge of Bury: Tyreeq missed Newport’s 1-1 draw at Gigg Lane and was a last-minute substitute in a later 3-1 victory at Rodney Parade.

His performances for County were impressive enough for him to earn a new deal at Ashton Gate, with City handing him a contract until the summer of 2022 with the option of a further 12 months.

Tyreeq had moved to Bristol City from Luton Town in the summer of 2017, having progressed through the Hatters’ Academy from the age of ten. He signed a professional deal as a 17-year-old in the spring of 2016 and made his first-team debut in League Two a few weeks later in a 4-1 win over Exeter City.

The following season, he was limited to four Checkatrade Trophy appearances, a competition in which he made one further appearance in 2017-18 before moving to Bristol City.

He made his one and only appearance for the Robins’ first team as an 80th-minute substitute in a 4-1 win over Premier League Crystal Palace in the Carabao Cup fourth round in October 2017.