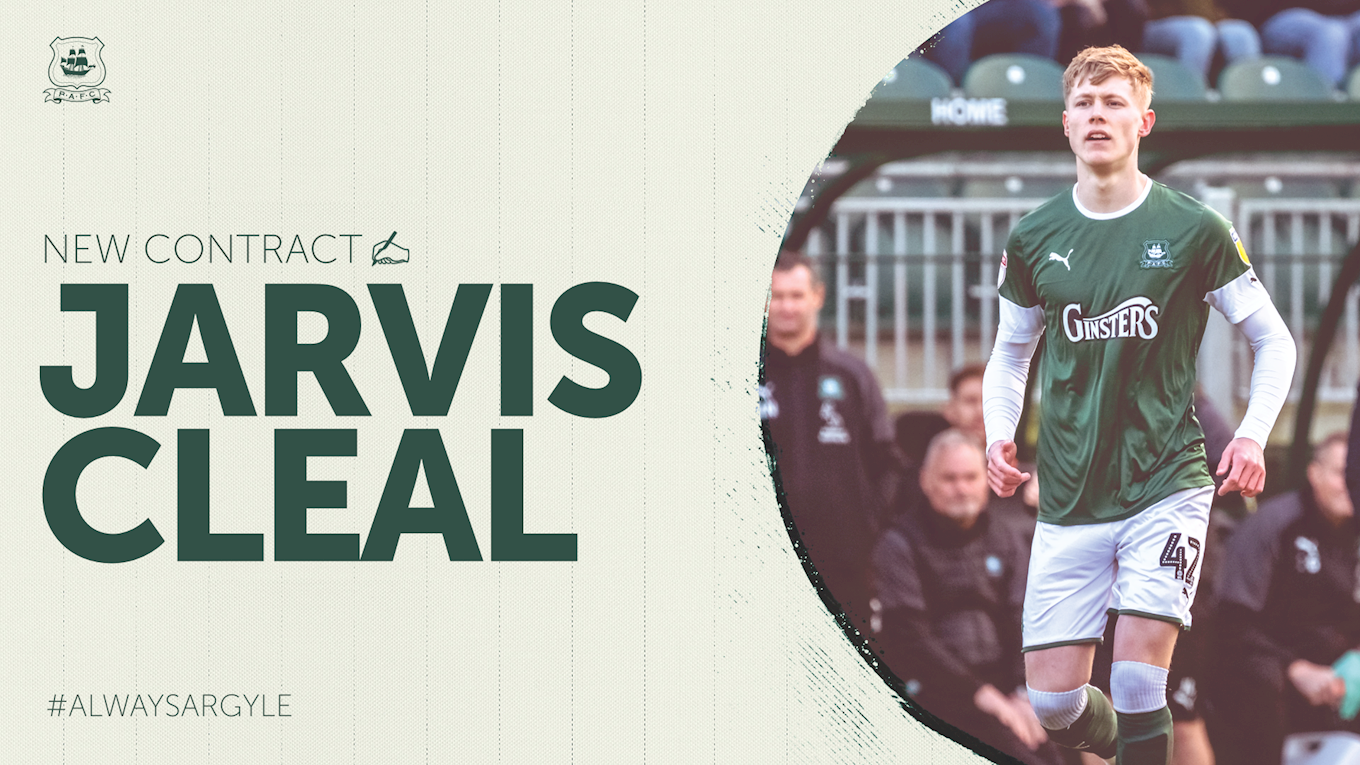 Versatile youngster Jarvis Cleal is the latest player to commit his future to Argyle ahead of the Pilgrims’ 20/21 Sky Bet League One campaign.

Cleal, who hails from Malvern in Worcestershire, joined the Argyle Academy in October 2018 after starting his career at West Bromwich Albion. Having initially joined the Pilgrims’ youth set-up as a midfielder, Jarvis spent much of last season operating as a wing-back, as manager Ryan Lowe’s footballing philosophy was introduced at youth level.

Impressive performances, particularly in the under-23 Premier League Cup, saw Cleal rewarded with a place on the bench for Argyle’s 2-2 draw at home to Crawley Town at the end of January.

Jarvis remained on the periphery of the first-team squad in the months that followed, and was rewarded with a competitive debut in the final fixture before the season’s shutdown, replacing Byron Moore in Argyle’s 3-0 triumph over Macclesfield Town at Home Park.

Jarvis joins two other first-year professionals in the squad for next season, with fellow Academy graduates Rubin Wilson and Ollie Tomlinson also signing deals during the close season.

Argyle manager Ryan Lowe said: "Jarvis is a talented lad and we are delighted he's signed his first professional contract with us. He moved away from home to further his career down at Argyle and his application was first-class last year - which is why we rewarded him with his first-team debut.

"Jarvis has got great ability and attitude - he has all the attributes to potentially be a big player for the future."