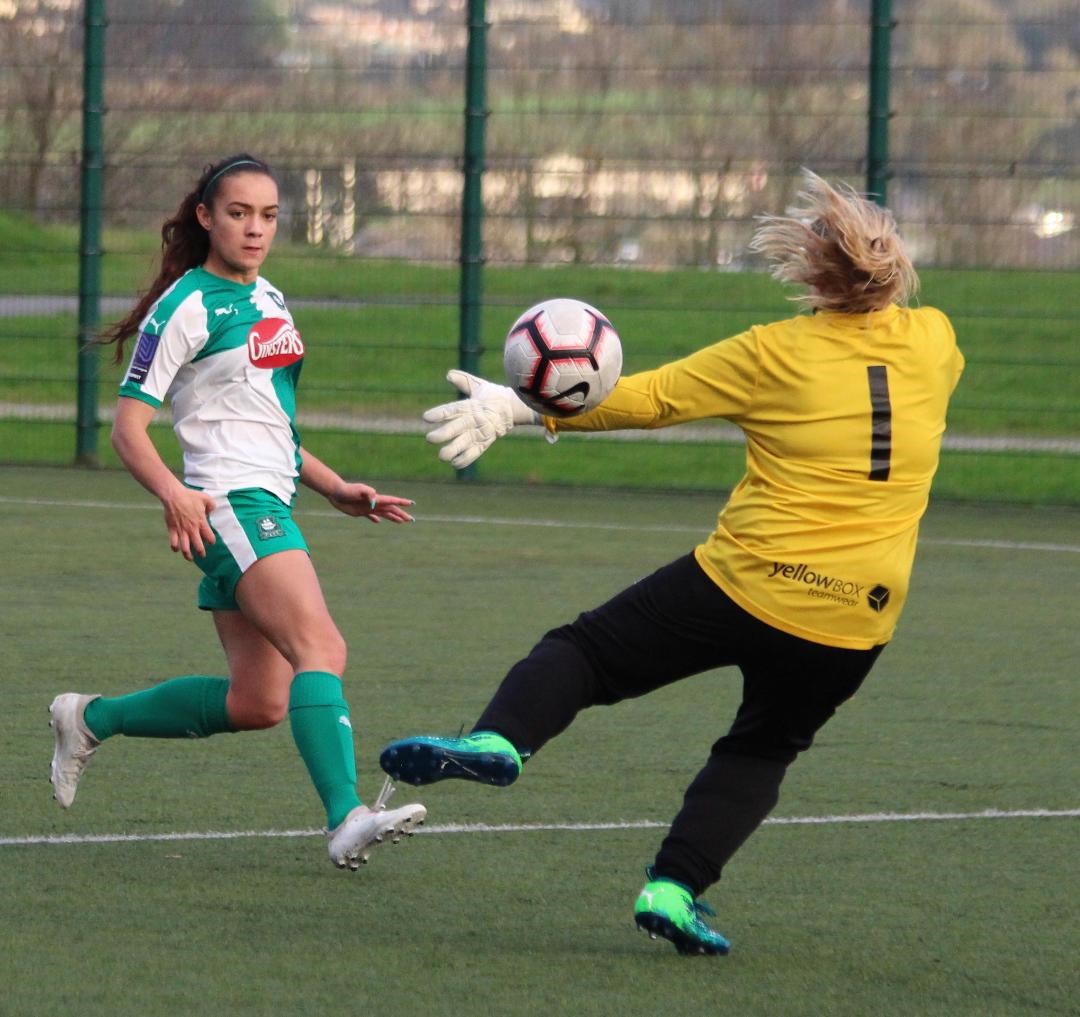 Gary Bottomley and Ryan Lawton have been announced as the new managers of the Argyle Ladies development side, succeeding outgoing manager Rob Bonney ahead of next season.

The pair joined Argyle from top local junior side SB Frankfort, who had enjoyed huge success at youth level, winning numerous trophies. With the players ageing out of the Frankfort set-up, Bottomley and Lawton agreed to take the players to Argyle to form the Argyle under-18 team, before subsequently merging into the development set-up at Home Park.

Bottomley, 44, had trials with Watford and Reading before carving out a successful career in local football, playing for Plymstock United, Buckfastleigh, Saltash United and Stoke Gabriel.

He said: “We are really looking forward to it this season, it has given us a great opportunity to step into Rob’s shoes. We assisted him for the latter part of the season and learned quite a lot from him.”

Bottomley and Lawton joined Argyle after being approached by Ladies’ Director of Football Trevor Rodd.

Bottomley continued: “We have worked together well with SB Frankfort over the past few years and won almost every trophy along the way. After conversations with ‘Trev’, we brought the girls over.

“We have done quite well, as we have had a number of the girls go on to play for the first team. To be fair, we have only been involved in girls’ football [before joining Argyle Ladies], but when we joined the development team, we learned a lot from Rob. We can't thank him enough, as he has guided us through.

“We are now at the helm and we are going to have a go at it. The future is looking up and we have some great talent coming through as we managed to keep the majority of the girls [for next season] and we want to try and keep the youngsters playing as much as we can.”

Gary’s management partner, Lawton, is equally excited about the opportunity ahead: “I would like to say, first, that it will be a challenge to step into Rob’s shoes, as he has done a great job for the last four seasons.

“I have been lucky in the game for a few years running SB Frankfort with Gary – taking the girls to many titles, finishing with the treble in the last season.

Lawton’s own playing career ended in his early twenties, with Plymouth Parkway, having suffered an anterior cruciate ligament injury. Although Ryan’s contribution towards the team comes from the dug-out, the Lawton name is still present on the team-sheet, in the form of his teenage daughter, Libby.

Speaking on the appointment, Director of Football Rodd said: “We are happy to welcome Ryan and Gary to the ladies set-up. Over the last season we have seen their transition into the senior game under the watchful eye of Rob Bonney.

“Both lads are measured in their approach and ethics on how they like the game to be played. They are also happy to listen to advice and continue with their coaching qualifications which they will be supported with. They have been vastly successful in the junior game and have worked with most of the development squad before. They are a great addition to the coaching team, and I know they will represent the club with pride and respect.”

Ladies’ first-team manager Dave Leonard was equally pleased, saying: “I think it is a great appointment.

“I'm pleased for them. They have brought some good girls with them and they have a track record and it’s good news for the future.”