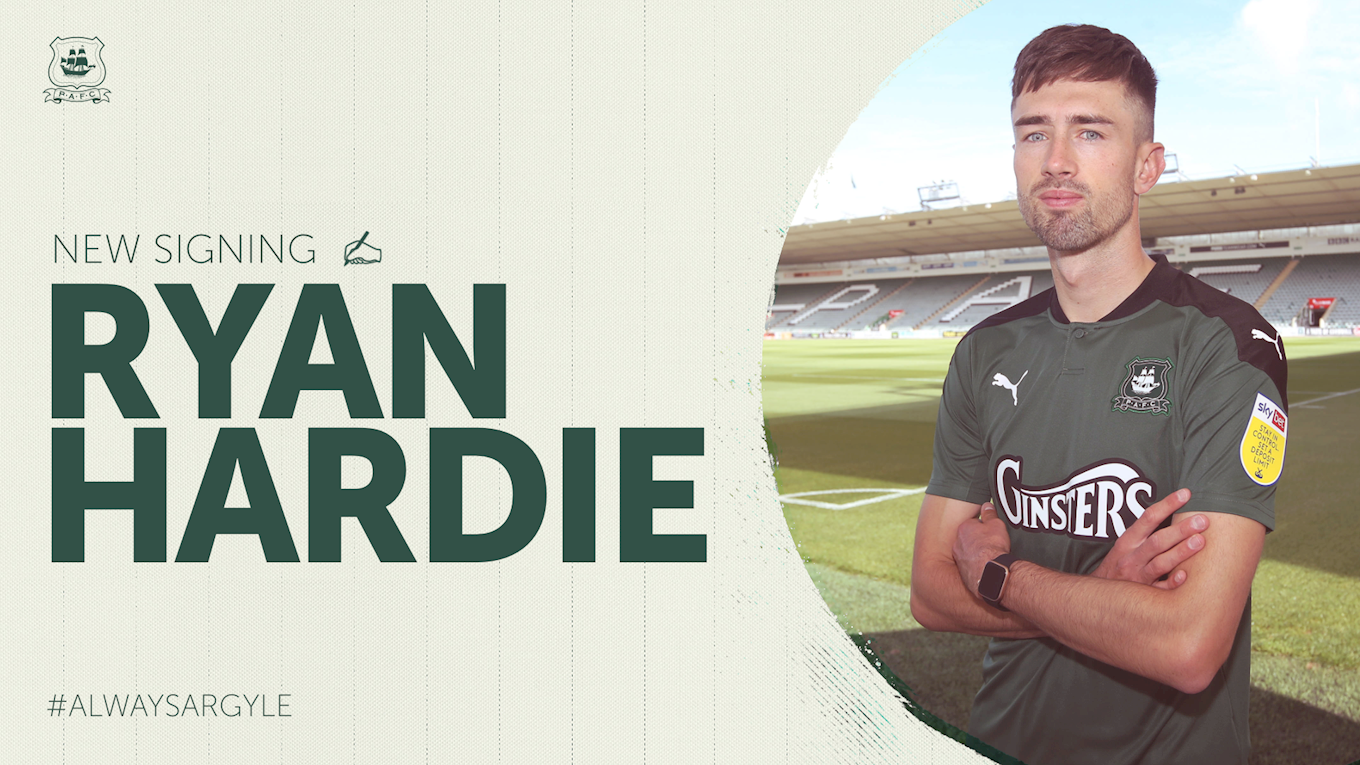 Scottish striker Ryan Hardie has returned to Home Park on a season-long loan.

Stranraer-born Hardie joined Ryan Lowe’s Pilgrims on-loan from the Seasiders in the January transfer window, making an instant impact in his first game – scoring within five minutes of his debut off the bench in the 3-0 victory at Carlisle United.

Despite having only joined the Greens midway through the 19/20 Sky Bet League Two season, Hardie made a crucial contribution to the Pilgrims’ campaign, bagging seven goals in just 13 appearances, of which only five were starts – averaging a goal every 81 minutes of game time.

The pacey striker’s goals, including the last-minute winner in the 3-2 victory away at Salford City in February, helped fire Argyle into the promotion places before the season was suspended, and subsequently ended, due to the coronavirus pandemic.

A Scotland youth international at every level between under-16 and under-21, Hardie began his youth career playing for Rangers, the team he supported growing up. A self-proclaimed finisher, Ryan turned pro in 2014, and his five-year senior stay at Ibrox was punctuated with loan spells at Raith Rovers and St Mirren, before heading to the Almondvale Stadium for two loan spells with Livingston.

Hardie finished both loan seasons with Livi as the team’s top goalscorer – first as they won promotion from the Scottish Championship, and again in Scotland’s top tier a year later. Ryan will wear the no.9 shirt at Home Park for the upcoming season.

Ryan’s 20/21 season home and away shirts are sponsored by Zoom Associates.

Dave Jones, director of Zoom Associates, said: “It’s great to see Ryan back again and Zoom is delighted to sponsor him for the coming season to carry on where he left off.”