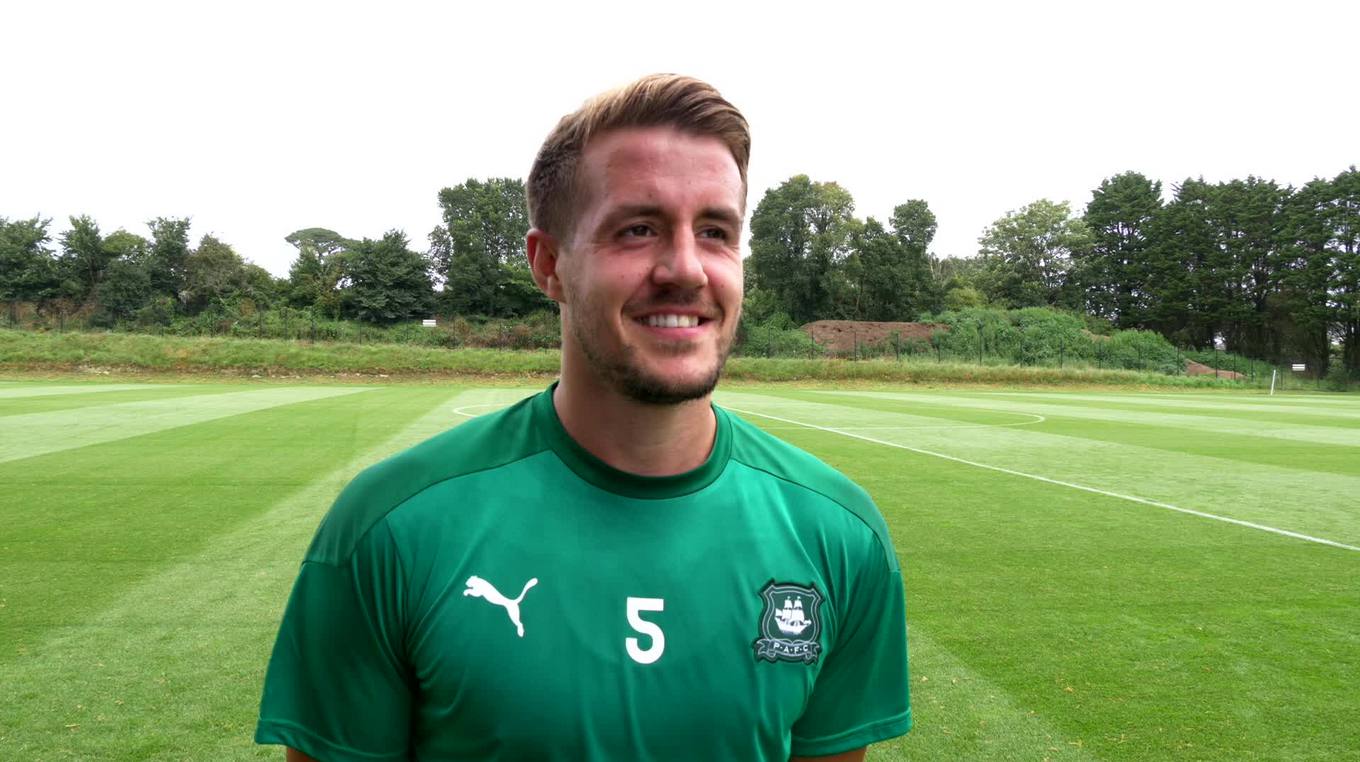 Argyle defender Scott Wootton has admitted to being pleasantly surprised at the high fitness levels displayed by his teammates on day one of their 20/21 pre-season campaign.

“The lads have been great. It’s quite surprising, really, I thought they might have been a lot more tired, given the long lay-off, but the lads have stuck to the programme that John gave us,” he said.

“It’s your mentality and your motivation. It’s not like the olden days where players come back heavy and overweight. John gave us a programme to stick to – although we had a bit of a rest. Credit to the staff and John for the programmes he gave us.

“It’s great to see everyone and all the staff and players again. It’s great to be back in and starting training.”

Due to COVID-19 guidance, the Pilgrims have been forced to train in two separate groups, with social distancing measures in effect until testing takes place duing the week.

Wootton said: “It’s very strange. Every club in the country will have to do similar sort of things – the staff have done everything as best as they can so far. We have to come in in our kit, we can’t go into the dressing room, the medical room is out of bounds, you have to go back and get a shower at home.

“This has never happened in our lives, and probably never will again. All industries are having to adapt, and we are doing the best we can.”

Wootton recovered from an injury-plagued first season at Home Park to become a regular in an Argyle defence that kept 14 clean sheets on the way to automatic promotion from Sky Bet League Two. In the summer, the former Manchester United defender penned a contract extension ahead of the Greens’ return to the third tier.

He said: “There’s no other place I wanted to play my football, really. This group, the staff, a huge club, getting promoted, it ticked every box.

“We had a great year last year, slightly disappointing that we couldn’t have finished the season off – I have no doubt we would have got promoted anyway, I think we would have gone on to win the league.”

The Pilgrims will begin their League One campaign on Wootton’s 29th birthday, and he is excited to face higher level opponents next time out.

“There’s some big clubs, but so are we, and we will have a bit of momentum behind us. I feel that there’s a real camaraderie and togetherness about the club now - and the staff, players, and everyone is in really good spirits and looking forward to the season.”