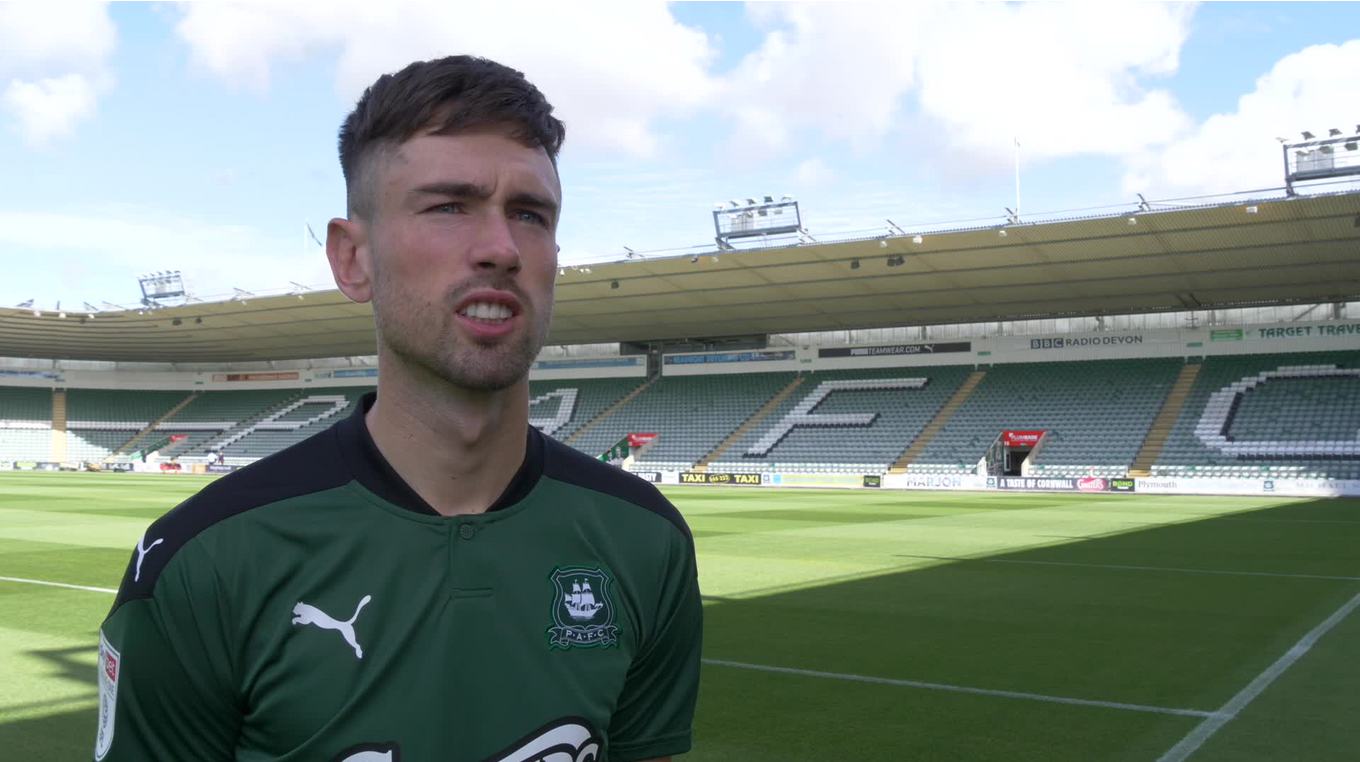 Returning Argyle striker Ryan Hardie reveals that he felt it was the right football decision to return to Home Park for the second time.

The Pilgrims’ new no.9 and his partner are expecting their first child in a matter of days, but Hardie, who scored seven goals in 13 appearances last season, was keen to return to the fold after a successful loan spell last season.

He said: “I’m delighted. The deal is done now, and I’m looking forward to getting things going and hopefully picking up where we left off last year.

“I’d heard about it, at the end of last season the gaffer said ‘I’d be dead keen to get you back in if things work out’, but then it died down over the lockdown period and then I got back training with Blackpool last week. I got a few phone calls from my agent saying that Plymouth were interested, and it was obviously something I was interested in to after the success last year.”

“We had to make a decision based on the football and based on the wee man. It factored into the situation, but it’s a lovely place to bring up a baby, and family will always get down regardless of the distance.”

Hardie joined Blackpool from childhood club Rangers in the summer of 2019, but the pacey striker struggled to get first-team opportunities at Bloomfield Road. When the chance finally came to make an impact with Ryan Lowe’s Pilgrims, he took it with signature composure, netting four minutes into his debut off the bench at Carlisle United.

“Five starts, seven goals, thirteen appearances,” said Hardie. “The style of play here suits my game down to a tee, as the numbers show. It was a big factor, the success last year obviously attracts me to come back here and hopefully replicate that in the league above.”

The former Scotland under-21 international has been handed the coveted number nine shirt ahead of the Greens’ Sky Bet League One campaign – and Hardie relishes the expectation that comes with it.

He said: “It comes with a bit of pressure, this number. I’m looking forward to it, I love the pressure. Nine is my lucky number, I’ve been lucky enough to have it at a few clubs now, and I’m buzzing to get that number.”