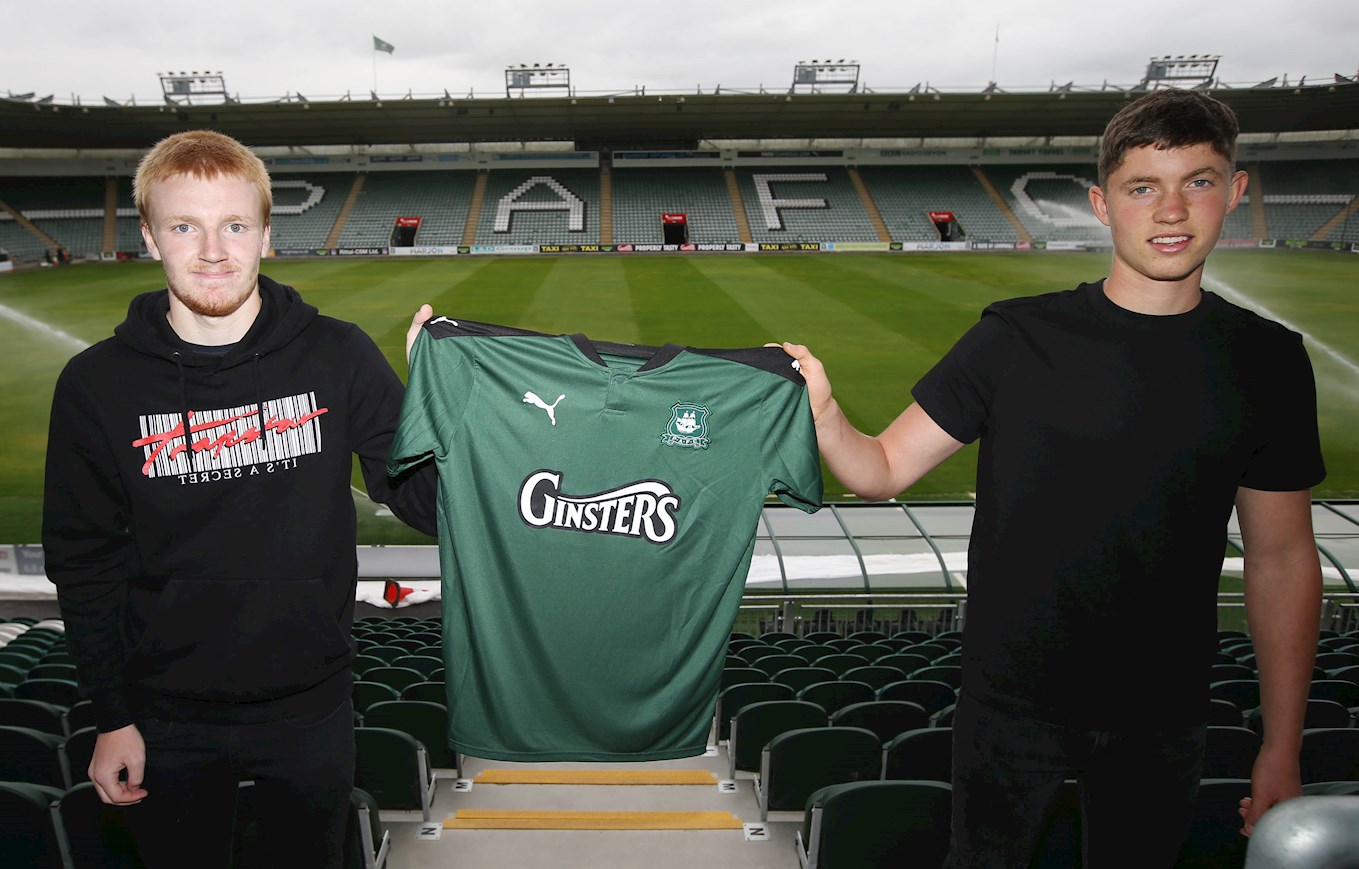 Academy graduates Rubin Wilson and Ollie Tomlinson have put pen to paper on their professional deals at Home Park.

The 18-year-old duo found out from first-team manager Ryan Lowe that they would be offered terms by the Pilgrims last month, alongside versatile midfielder Jarvis Cleal, who returned to his family home in the Midlands for the duration of the coronavirus lockdown.

Wilson and Tomlinson join a list of five contracted players at Home Park for the upcoming 20/21 Sky Bet League One season, whenever it begins, with manager Lowe having made ten further contract extension offers to senior professionals out-of-contract.

Cornish striker Wilson, who made his first-team debut on his 18th birthday off the bench in the 3-0 win at Swindon Town in the Leasing.com Trophy, said: “I’m just over the moon, really. I’ve been working so hard, since I was about eight-years-old, for this time to come.

“It’s such a good feeling. I’ve just got to push on now, and hopefully make it into the first-team.”

Meanwhile, Tomlinson, a ball-playing defender who is perhaps best-known for his late equaliser against Watford in the Premier League Cup in October 2019, said: “It’s always been a dream. It’s something I’ve worked towards for years, it’s massive.

“The whole week building up to it, I was just shaking all the time, just nervous. As soon as he [Ryan Lowe] told me, it was a weight off my shoulders. I’ve tried to process it, but it doesn’t seem real, at all.”