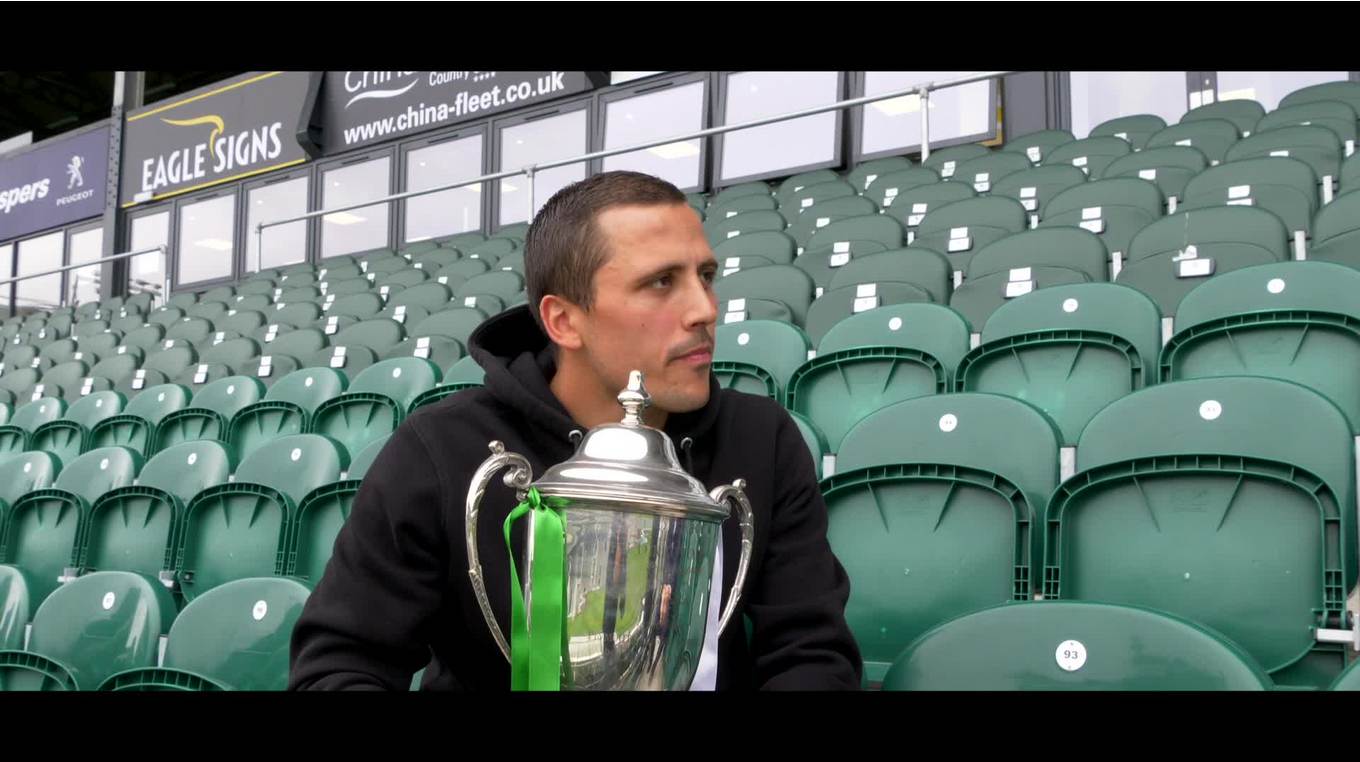 Antoni Sarcevic capped a special week in Green by collecting his Player of the Season trophy from Home Park on Wednesday afternoon.

The 28-year-old, who joined the Pilgrims in January 2017, won the poll by a considerable margin, accruing 58% of the total votes cast by the Green Army, with versatile forward Byron Moore and goalkeeper Alex Palmer completing the top three.

He said: “I’m over the moon. When I found out, when the club put it on social media, it was a very special moment for me. It’s something I’m proud of, and my family are. To be the player of the year for this great club means a lot – and with the news of promotion, it’s just the cherry on top.”

“We were well on course, hitting the form at the right time, and everything felt good around the place. It’s a bittersweet moment, really, because we set out what we wanted to do – but we would have loved to have done it in front of the Green Army.”

The Pilgrims’ midfielder contributed to a number of stand-out moments in Argyle’s third-placed finish, including scoring a memorable top-corner effort in the 3-2 win at Salford City in February, which was voted the Goal of the Season in a recent social media poll.

“It was just, as a Manchester lad, a special moment. I had a lot of people there watching that night – it meant more to get the three points and celebrate with the 1,000-plus that travelled up.

“In all, the season as a whole has been enjoyable. I’ve loved every minute of it, and it’s one that I will remember for a long time.”

The all-action midfielder is out of contract this summer, and has been offered a new deal, alongside nine of his first-team colleagues.

“It’s only been a couple of days, but I appreciate the manager and the club for trusting me and offering me a new contract. It’s going to take a bit of time, but I’ll think hard and focus on what’s right for me and my family.”

“As a footballer, it’s rare that you will get a bond like I feel I have with the Green Army – we can’t thank you enough for taking us in like you have, and the support you give, you don’t understand how much I appreciate it.”