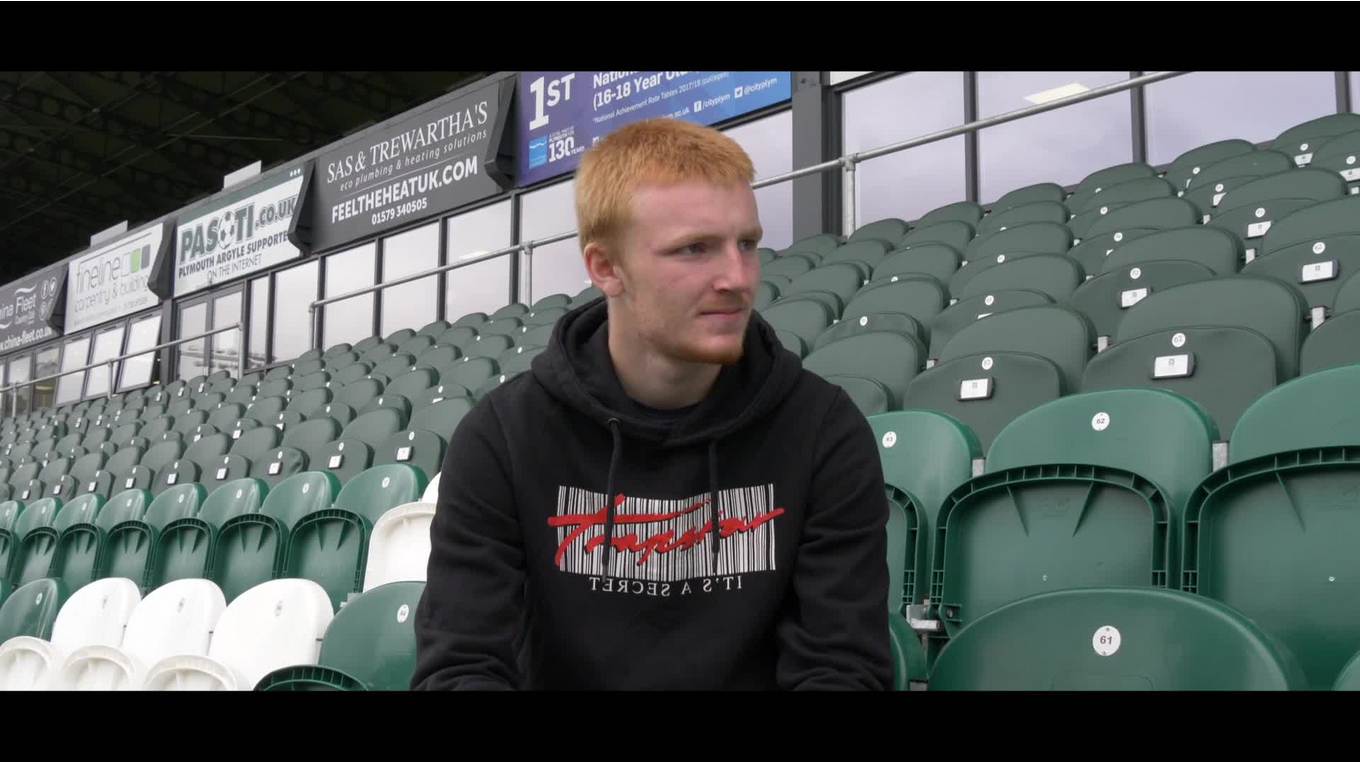 Having worked his way up through the youth ranks from a very young age, Rubin Wilson has penned his first professional contract with Argyle.

Starting out with a local Cornish football team in his hometown of St. Austell, Rubin joined Argyle at under-7 level, working his way through the age groups to make his first-team debut on his 18th birthday, in the 3-0 win at Swindon Town in the Leasing.com Trophy.

“I’m over the moon really,” he said “I’ve been working so hard since I was 8-years-old for this time to come.

“All the apprentices found out at one time, so I found out when the gaffer [Ryan Lowe] was on the video call and he said ‘we are going to offer you a pro [contract]’ and I was just over the moon, it is such a good feeling.

“It has sunk in now; I’ve just got to push on and hopefully make it into the first team one day.”

The 18-year-old may have started his career in the local Cornish leagues, but the flame-haired striker has spent the majority of his time playing in Green.

“I started in a team called Tregorrick, a local team in St Austell,” Rubin said. “I got picked up by Argyle in the Pre-Academy, which was under-7s. I went all the way through in the academy until I was 14 but I then got dropped.

“They released me just before the Milk Cup, but they took me and when I got back, they offered me a deal again. I then went all the way through again to the under-18s.”

Rubin's fast-track to first-team involvement saw him rewarded with a taste of competitive action, when he came on as a substitute in the Leasing.com Trophy match at The County Ground, replacing Antoni Sarcevic in the 78th minute.

“That was a dream come true,” he said, “I’ve supported this team since I was young so to play for them was just unreal.”

In the upcoming season, Rubin is looking to emulate the Pilgrims’ 19/20 Young Player of the Season, Luke Jephcott, who is another youthful Pilgrim with ties to Cornwall.

“I look up to Jephcott a lot because he’s been on the same path as me, so I just want to follow in the footsteps of him.

“I’d say I bring a bit of everything. I can hold the ball up, I can run in behind - I’d say I’m quite a handful for the defenders really.

“My goal is to ultimately get a place in the first team, come back for pre-season and try my hardest and see where that takes me.”