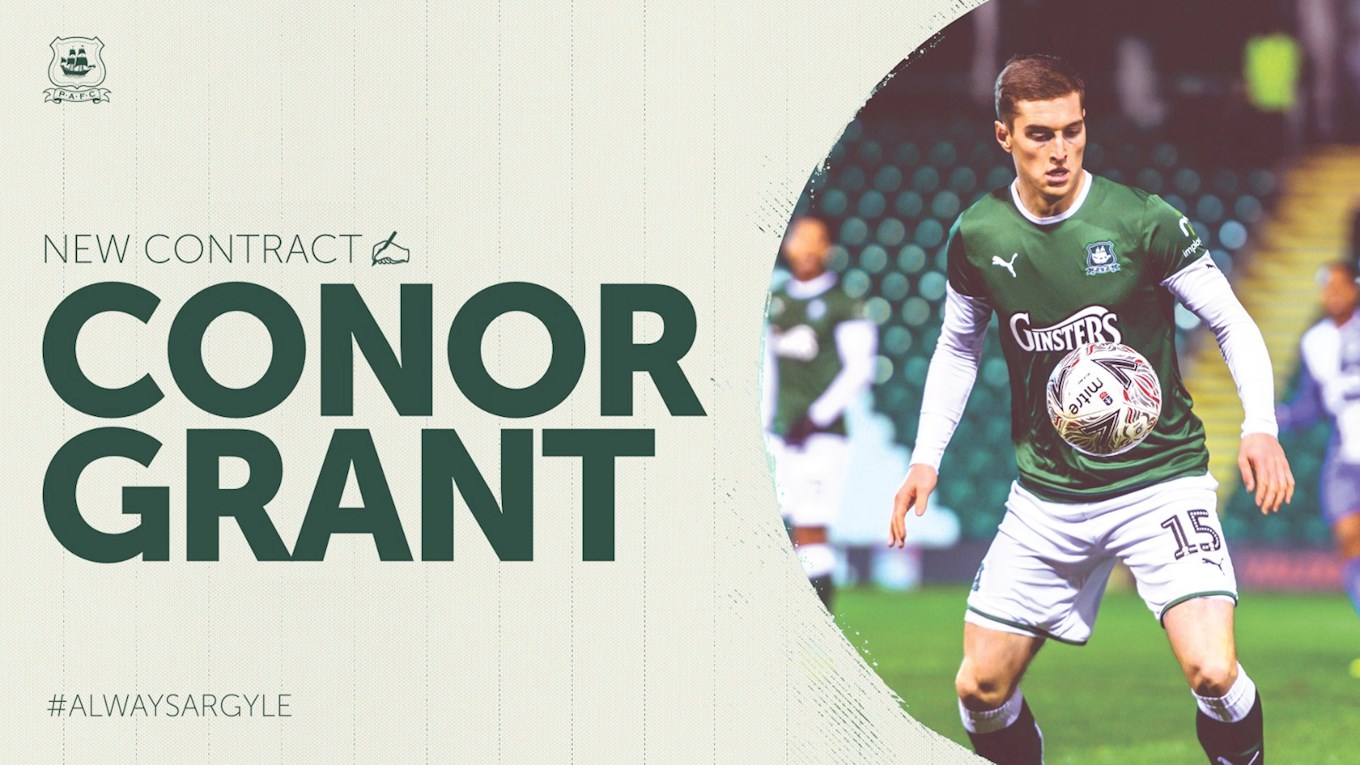 Midfielder Conor Grant has accepted the offer to remain at Home Park for the Greens’ return to Sky Bet League One.

The Everton Academy graduate, 25, joined the Pilgrims in the summer of 2018, after a decade-long stay at Goodison Park.

After an injury-hit first campaign in Devon, Conor returned stronger for the Pilgrims’ Sky Bet League Two promotion campaign under new manager Ryan Lowe, and made 21 appearances in all competitions, netting twice.

His first goal in Argyle colours, a thumping long-range drive that finished runner-up in the Greens’ Goal of the Season poll, sealed a crucial 1-0 win at Mansfield Town in September 2019, sparking a run of form that brought the Pilgrims firmly into the promotion race.

In December, he scored his second of the season, capping a 3-0 win over Morecambe at Home Park.

Speaking on the midfielder’s new deal, Ryan Lowe said: “We’re pleased for Conor, and delighted that he has signed on to stay at Argyle.

“Conor has good technical ability, which we saw in spells last season. He now has an opportunity to push on and bring up his level of consistency. He played his best football for Doncaster Rovers in League One, and I am hoping that he can fulfil his potential now we're back there.”