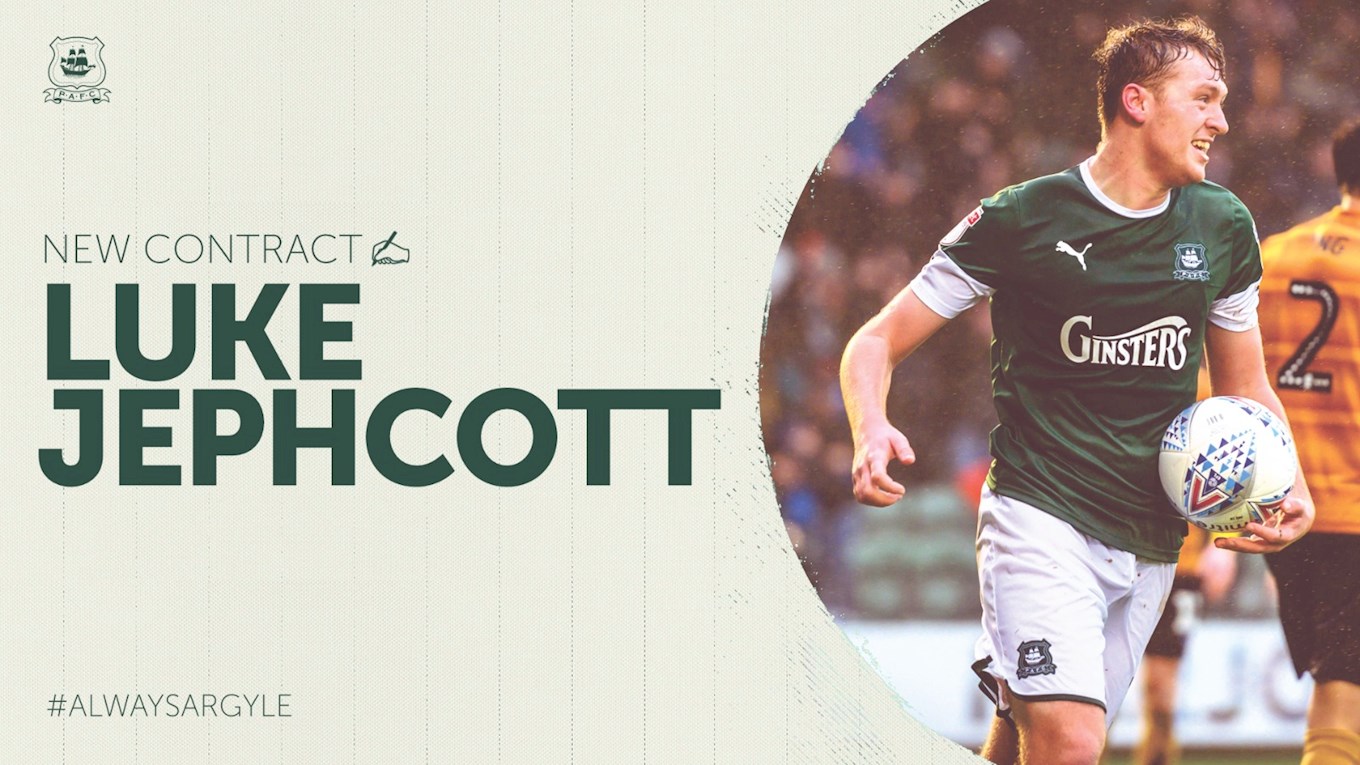 The Aberystwyth-born forward, 20, was recalled from a prolific loan spell at non-league Truro City in January and thrust straight into the Pilgrims’ starting line-up for the Sky Bet League Two trip to Scunthorpe United a day later – netting his first two EFL goals in a 3-1 win at the Sands Venue Stadium.

Seven days on, he repeated the same remarkable feat at Brunton Park, scoring twice in a 3-0 win over Carlisle United. One more goal came in January, during the 2-2 draw with Crawley Town at Home Park, which secured him both the EFL Young Player and Sky Bet League Two Player of the Month awards.

Luke, who made 10 appearances in the Pilgrims’ 2018/19 Sky Bet League One season,  remained an integral member of the side for the promotion run-in, netting the crucial equaliser in the Pilgrims’ come-from-behind 2-1 victory over fellow promotion-chasers Crewe Alexandra in February.

Despite spending half of the season out on-loan, Luke finished the campaign as the Greens’ second-highest scorer, netting seven times in 14 appearances. For the second consecutive year, Jephcott was voted the Pilgrims’ Young Player of the Year by the supporters.

Speaking on Jephcott’s new contract, manager Ryan Lowe said: “We’re very pleased to have got the deal done. Luke has still got elements of his game to work on, but he has clearly got a lot of potential, as he showed last season.

“As an Academy graduate, Luke has the Green Army fully behind him, and the opportunity is there now to kick on and try to make himself the main striker for Argyle.”