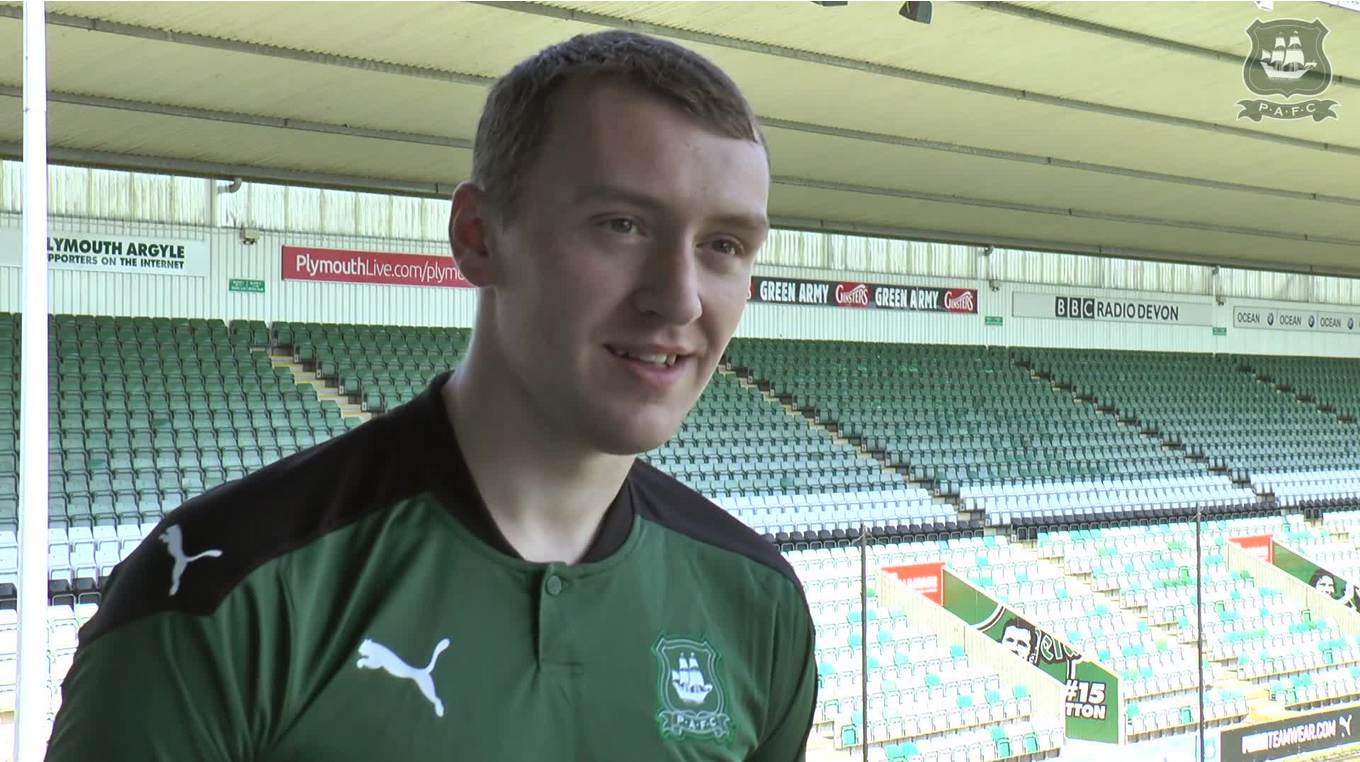 The striker netted 7 goals just in the second half of last season, following a recall from loan at non-league Truro City, earning an offer of a new deal from manager Ryan Lowe.

“I’m buzzing,” said Luke. “I’m over the moon and I’m happy we could get something sorted.

“It was an honour for me to be voted [Young Player of the Season] for the second year in a row, it was a special moment for me and to top it off we got promoted as well.”

The 20-year-old made a good impression with the White Tigers at Treyew Road, netting five goals in his 18 appearances. In January, Luke was recalled to the Pilgrims’ fold, and instantly made his most memorable appearance for the Pilgrims.

On his first start of the season, Jephcott his first two EFL goals in a 3-1 victory against Scunthorpe United at the Sands Venue Stadium.

“It was a surprise to me,” Luke said. “I didn’t come back as well as I should have done in pre-season, so I went on loan down to Truro, got my head down, worked hard and did well there.  I just want to say thank you to Truro for what they did for me.

“Then I came back, didn’t expect what happened to happen, and I’m just happy. It all happened so quick. I got called back quite soon before the Scunthorpe game and I got told I would be travelling, and I was a bit surprised.

“In training the day before I thought I did quite well and he [manager Ryan Lowe] named the starting line-up and I was in it. I thought ‘I’ve got my chance; I’ve got to show what I can do now’.

“I think I’ve had time to reflect on it now and it was such an amazing feeling to be able to grab my first two professional goals in that game and then the team when on a great run after that as well.”

By the season’s end, Luke was the Pilgrims’ second highest scorer, despite only making 14 appearances.

“I helped [gain promotion] with a couple of goals, but it was a team effort, it wasn’t just me. Ryan [Hardie], Sarce [Antoni Sarcevic], everyone was scoring, and we showed what we could do as a team.

Reflecting on the Pilgrims’ promotion, Luke said: “I was at home; I saw it online and I couldn’t believe it. I was so happy, I got up and jumped and ran around the house.”

“There’s too many [great moments] to choose from: my first goal, the run we went on, finding out we got promoted. I don’t think I can choose.”

“Fair play to the Green Army, their support is outstanding. Bringing as many people as we did to Carlisle, and when they get behind us, we really feel like we can’t lose to anyone, the support is second to none.

“I’ve just got to get my head down, keep working hard and pick up where I left off and hopefully score a few more goals.”