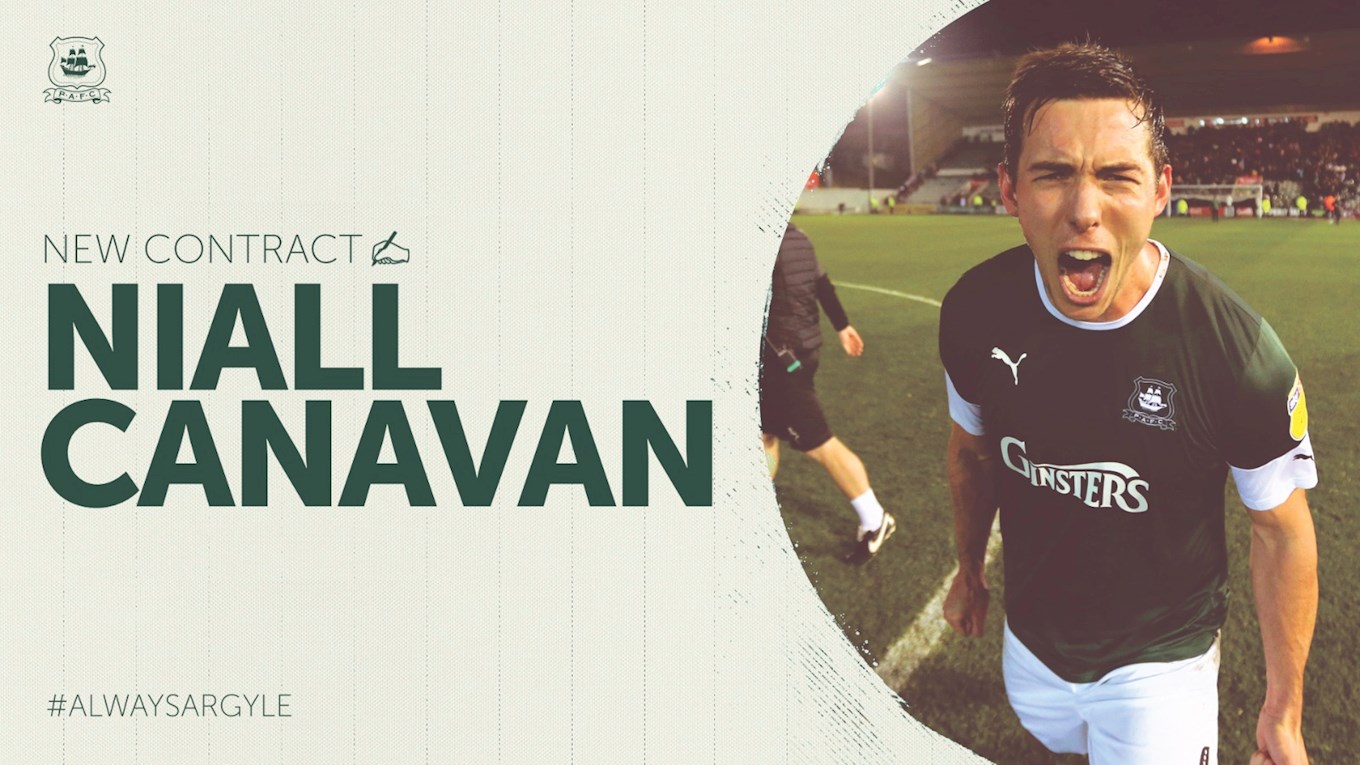 Centre-back Niall Canavan is the latest player to sign up to the Pilgrims’ return to Sky Bet League One.

The former Republic of Ireland under-21 international made 38 appearances in all competitions last season, contributing to a defensive unit which kept 14 clean sheets in the league.

Canavan’s consistency at the heart of the Greens back-line was notable, and the former Scunthorpe United defender did not miss a minute of Sky Bet League Two action from October 10 onwards, when he was introduced as a half-time substitute in the 1-1 draw away at Swindon Town.

Niall, who joined Argyle from Rochdale in the summer of 2018, netted twice in the Pilgrims' promotion campaign. His first of those goals proved to be one of the most memorable of the season - a crucial 96th-minute winner in the 2-1 victory over Stevenage at Home Park in the final game of 2019.

Speaking on the defender’s contract extension, manager Ryan Lowe said: “We are really pleased for Naz, he has been a big member of the squad that won promotion last year."

"He has shown the qualities he brings to the team in the past 12 months, and we want that to continue in League One next year."