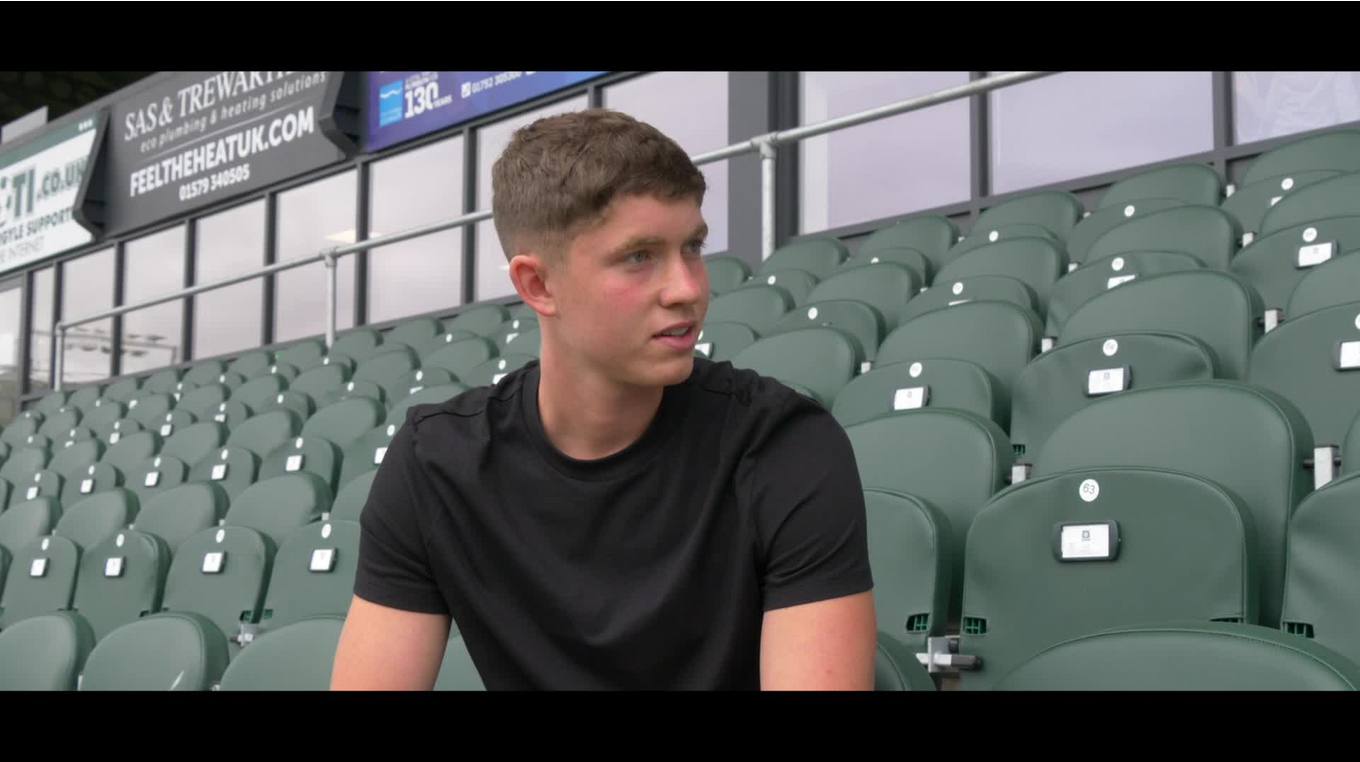 Over The Moon Ollie

18-year-old Ollie Tomlinson has signed his first professional contract with Plymouth Argyle after working his way up through the Academy.

The central defender, who made numerous appearances with the reserve team last season,  caught the eye of manager Ryan Lowe and has earned himself a contract at first-team level.

“I’m over the moon,” he said. “It’s always been a dream and something I’ve worked towards for year. It’s just massive.

“The whole week building up to it [waiting for the offer] I was just shaking all the time, just nervous, and as soon as he [Ryan Lowe] told me, it was just a weight off my shoulders. I’ve tried to process it, but it still doesn’t seem real at all.”

Ollie has spent most of his footballing years playing for Argyle, working his way through the age groups at Home Park, before spending last season making appearances in the development team, participating in the Greens’ Central League and Premier League Cup campaigns.

Ollie, who attended nearby Ivybridge Community College, said: “I started at under-14s, I came in halfway through the season and I was a bit shy.

“I fitted into that team really well, it was the same team up until under-16s, and from then on I’ve been working through my apprenticeship, going through the games programme, playing with different people and different players, trying to get to that next level.

“Getting the opportunity to play out on Home Park and playing in the reserves team was a big moment.”

Back in October, Ollie bagged the crucial 85th minute equaliser against Watford, at Home Park, in the first group stage match of the Premier League Cup.

“It was a big game,” he said, “and to get that goal was unbelievable and to equalise as well, it was such a good feeling.”

Over the course of next season, Ollie is hoping to give a good impression of himself and prove to manager Ryan Lowe that he warrants a first-team place.

“Firstly [I want] to make a good impression through pre-season and then hopefully get a few opportunities, try to break in, continue to play in the reserve games and doing well in those and just try to impress.

“Currently, in the first team Scott Wootton has been a big [inspiration] and [Niall] Canavan because they’ve both got that aggression that I need to implement. I was on [Wootton’s] boots [last season] so I’ve spoken to him a fair bit and he’s given me some advice and helped me through it.

“I like to get the ball down, play out from the back, get it from the ‘keeper and try to play it forward. I think that fits in quite well with how the first team trying and play it at the minute.”