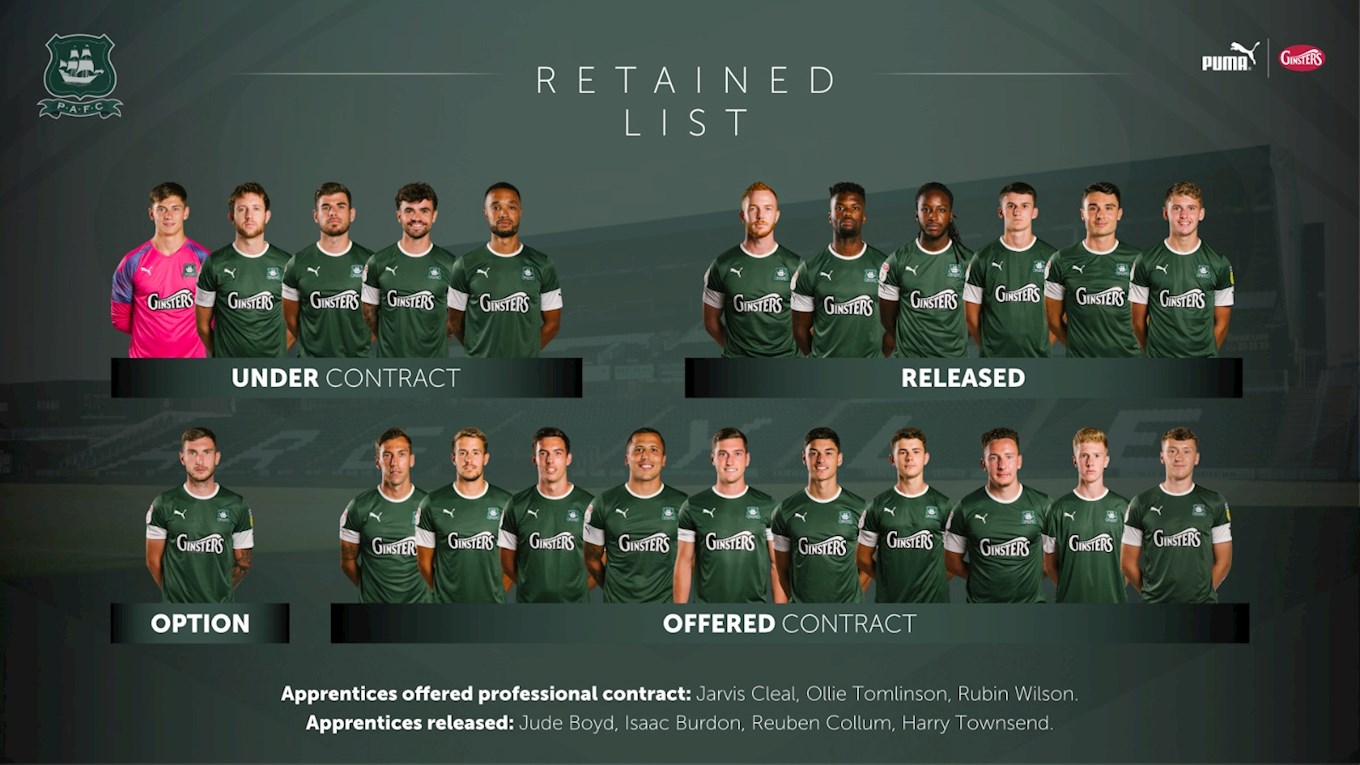 Argyle manager Ryan Lowe has moved to offer new deals to 10 out of contract senior professionals at Home Park.

In midfield, Player of the Season and 2019/20 top goalscorer Antoni Sarcevic has been offered a new deal, alongside Conor Grant and promising Academy graduate Adam Randell.

Up front, a new deal has been proposed for back-to-back Young Player of the Season winner Luke Jephcott, and his fellow Academy graduate, Klaidi Lolos.

As announced last month, the Academy trio of Jarvis Cleal, Ollie Tomlinson and Rubin Wilson have also been offered their first professional deals.

Alex Fletcher, Joel Grant, Tafari Moore, Michael Peck, Tom Purrington and 2016/17 promotion-winning striker Ryan Taylor have not been offered extensions to their stay at Home Park, while Jude Boyd, Isaac Burdon, Reuben Collum and Harry Townsend have also been released following the completion of their scholarships.

We thank all departing Pilgrims for contributing to the life of the club and the success of the team while they have been at Home Park, and we wish them nothing but the very best in their future ventures.