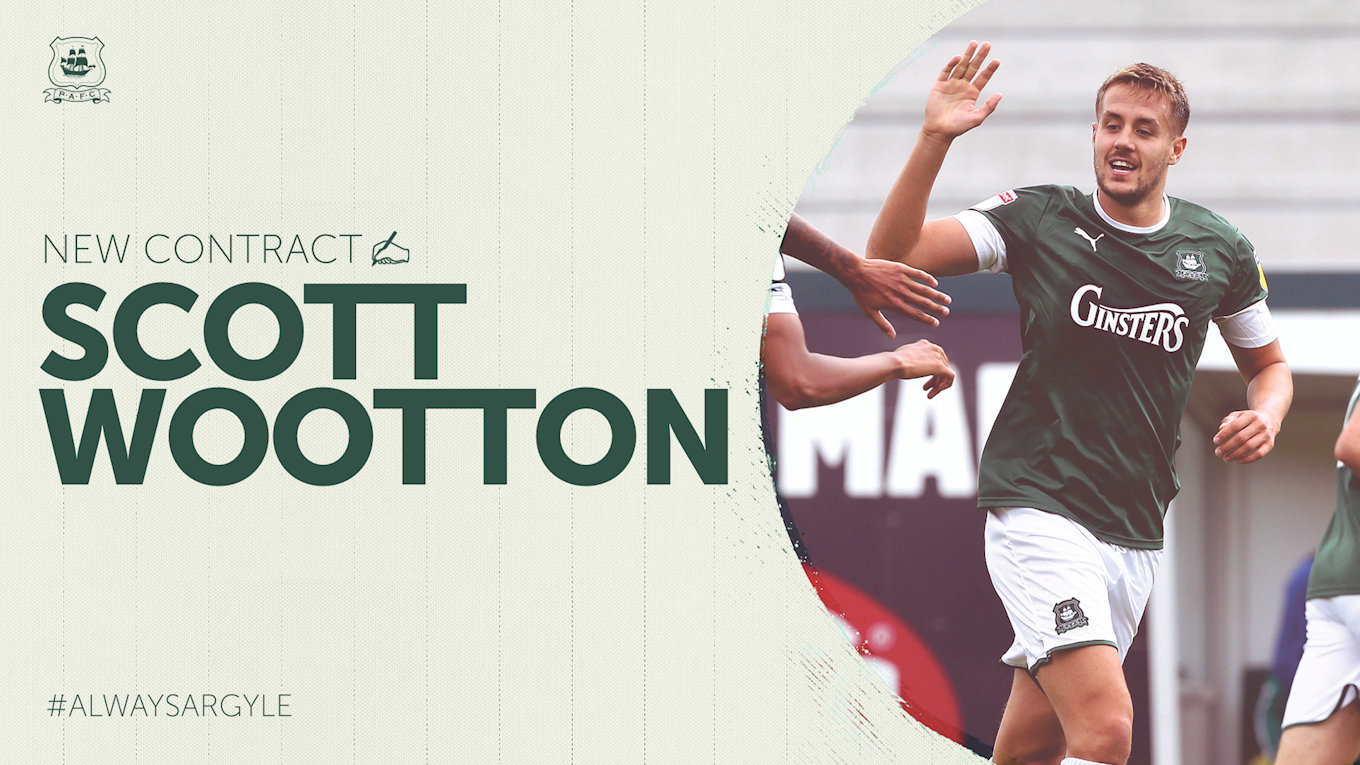 A product of both Liverpool and Manchester United’s fabled youth setups, Wootton joined the Pilgrims in the summer of 2018, upon leaving Milton Keynes Dons.

After an injury-disrupted 2018-19 campaign, Scott was awarded the no.5 shirt by new manager Ryan Lowe, making 34 appearances in the team that won promotion from Sky Bet League Two.

The former England youth international netted his first goal for the club in the Pilgrims 2-2 draw with Oldham Athletic at Home Park in September 2019 and contributed to a defensive effort that saw the Pilgrims keep 14 clean sheets in the league.

Speaking on the defender’s extended stay, manager Ryan Lowe said: "I’m delighted that Scotty will be with us again next season.

Last year was a big one for him personally after the disappointment of the previous campaign but he showed plenty of leadership quality and is a big presence in the team.

He’s back in League One now and I’m looking forward to seeing him continue his good recent form for us."