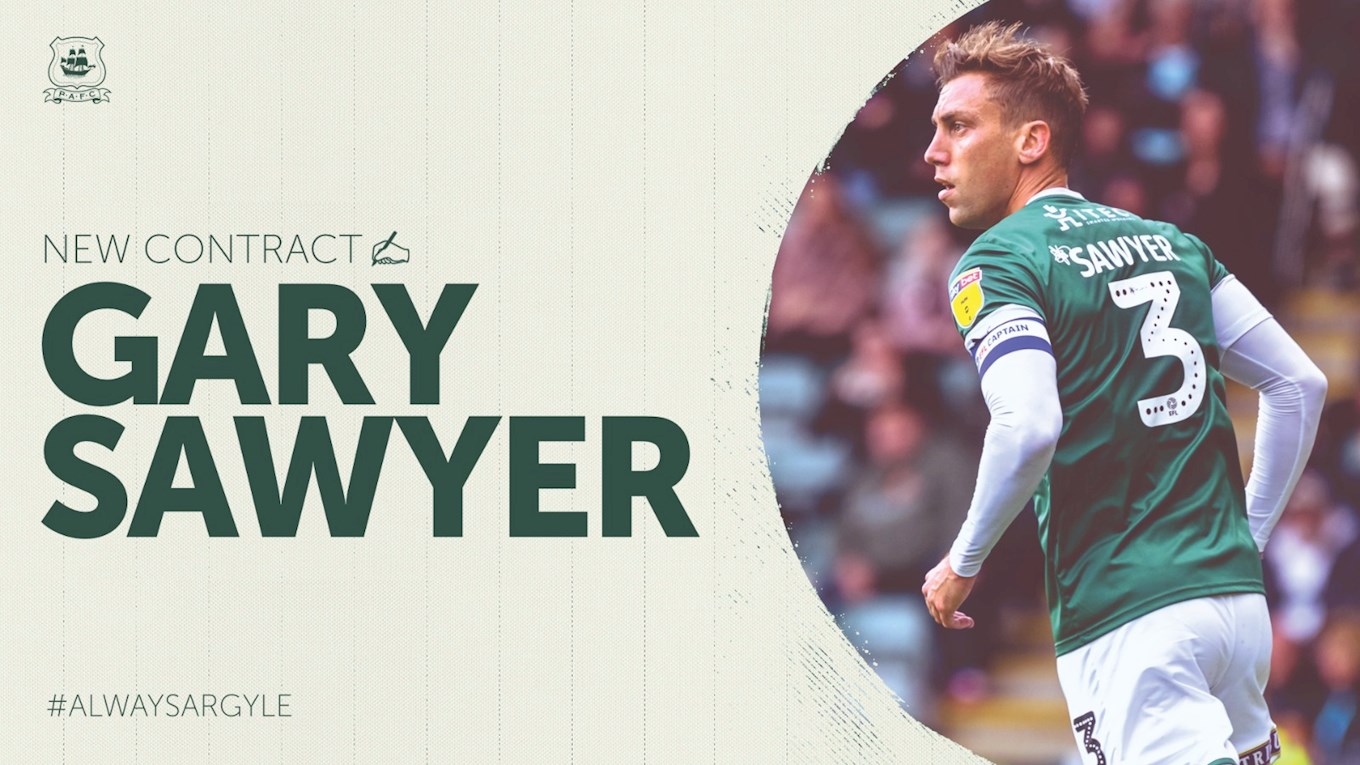 Sawyer, 34, is one of the first players to take up manager Ryan Lowe’s offer of a new contract for the upcoming 20/21 Sky Bet League One season, joining a list of six other contracted senior professionals, with Danny Mayor triggering an existing option last week.

The Pilgrims’ experienced defender, who is equally adept at left-back or centre-back, is just three appearances shy of 300 competitive games for the Greens – placing him joint-27th on the club’s all-time appearance list.

Born in Enfield and raised in North Devon, Sawyer signed his first professional deal at Argyle in the 2003-04 season, enjoying spells on-loan at Weymouth and Exeter City before breaking into the Pilgrims’ first-team during the 2006-07 campaign, with the Greens flying high in the Championship.

'Gaz' became a first-team regular at Home Park in the following years, eventually leaving the club in 2010, joining Bristol City. Spells at Bristol Rovers and Leyton Orient followed, before Sawyer returned to Devon in the summer of 2015.

The Pilgrims reached the Sky Bet League Two play-off final in the defender's first season back at Home Park, before achieving promotion the following season.

In total, the skipper made 35 starts in all competitions in the Greens' truncated 2019/20 promotion campaign, and one appearance off the bench.

Manager Ryan Lowe said: "I am delighted that Gaz has agreed to an extension at Argyle.

"He knows the club like the back of his hand, he's a good leader, a great character around the place, and he has a great deal of experience at this level."