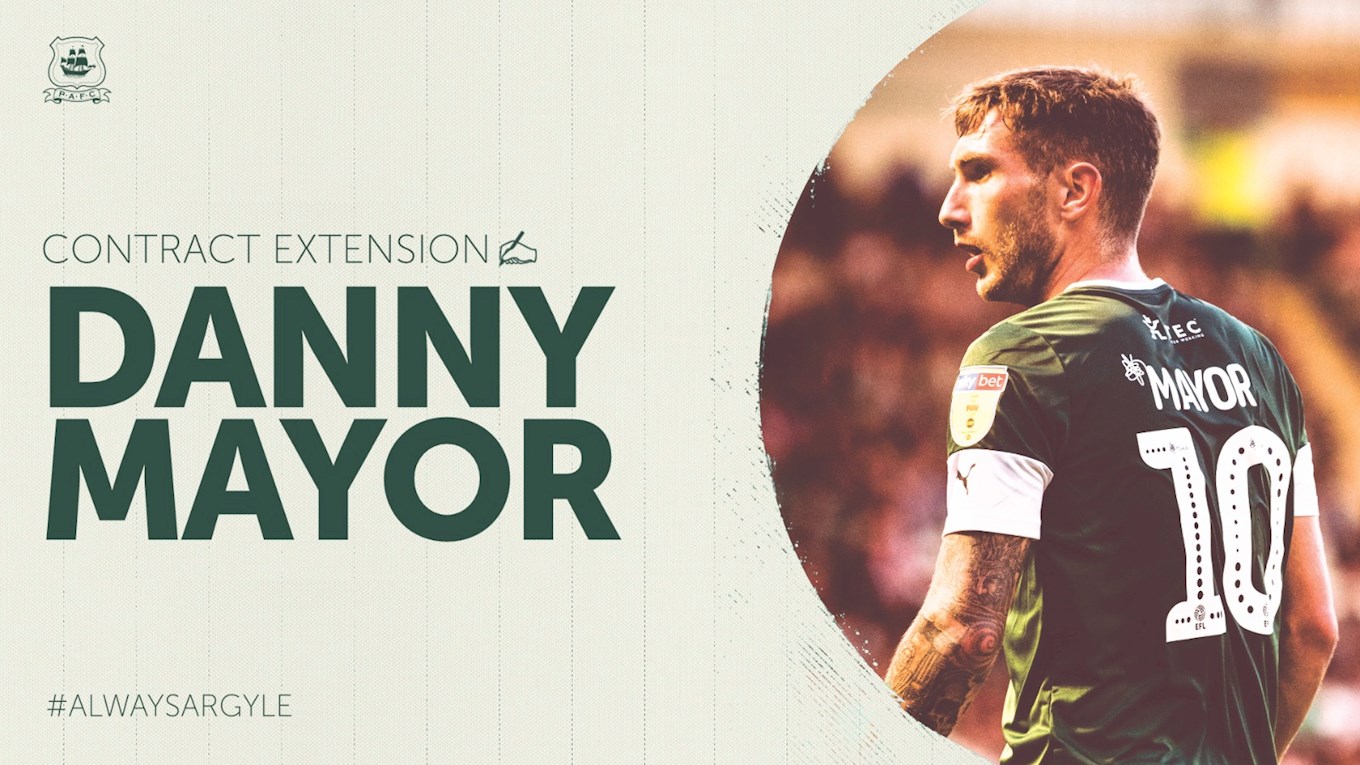 Influential playmaker Danny Mayor has triggered the option to extend his contract at Home Park.

The former Preston North End midfielder followed manager Ryan Lowe to the Theatre of Greens in the summer of 2019, and made 39 appearances in all competitions last season.

The former League Two Player of the Year, who has also been named in the division’s Team of the Season on two separate occasions, netted a spectacular equaliser against Salford City at Home Park in August, and played a key part in the Pilgrims’ 2019/20 Sky Bet League Two promotion-winning season.

Manager Ryan Lowe has extended contract offers to 10 of the promotion-winning squad of 2019/20.