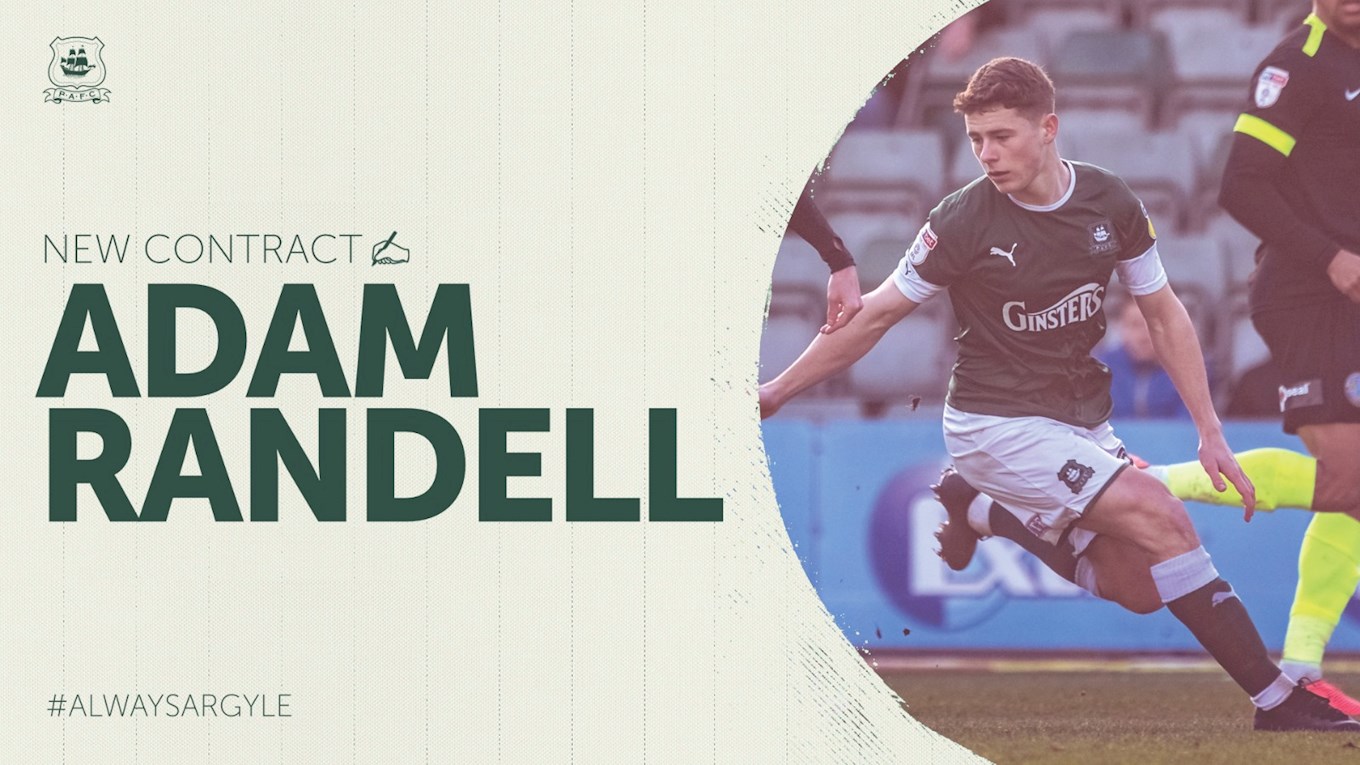 Wing-back Ryan Law, midfielder Adam Randell and striker Klaidi Lolos have all signed on for the Pilgrims' 20/21 return to Sky Bet League One.

Law, who signed professional terms at Home Park in 2018 and made his competitive debut in the Greens' Checkatrade Trophy defeat to Newport County in November of that year, spent the majority of last season on-loan at Southern Premier League side Truro City, managed by Argyle legend Paul Wotton.

Midfielder Randell also made his competitive debut in the Checkatrade Trophy defeat at Rodney Parade in 2018, and went on to make a further eight competitive appearances during the 19/20 season - his first as a professional.

Lolos also enjoyed an impressive first professional season at Home Park, amassing six competitive appearances either side of a loan spell at Dorchester Town, where he netted four goals in nine appearances.

After an impressive pre-season effort which included a goal away at Torquay United, the Athens-born striker was named on the substitutes' bench for the opening day of the campaign  - the Greens' 3-0 win away at Crewe Alexandra.

Klaidi made his competitive debut off the bench at Newport County a few weeks later, making six competitive appearances in all competitions.

Pilgrims' manager Ryan Lowe said: "I'm really pleased that the three lads have signed on for next season - they all have good potential and developing our Academy graduates is important.

"Ryan went on-loan to Truro last year and did very well, the reports were good, and we felt that he deserved an opportunity to stake a claim for a role in the first-team.

"We saw glimpses of what Randell and Lolos can do last season, they both had good involvement in and around the squad. For them, it is now about pushing on."