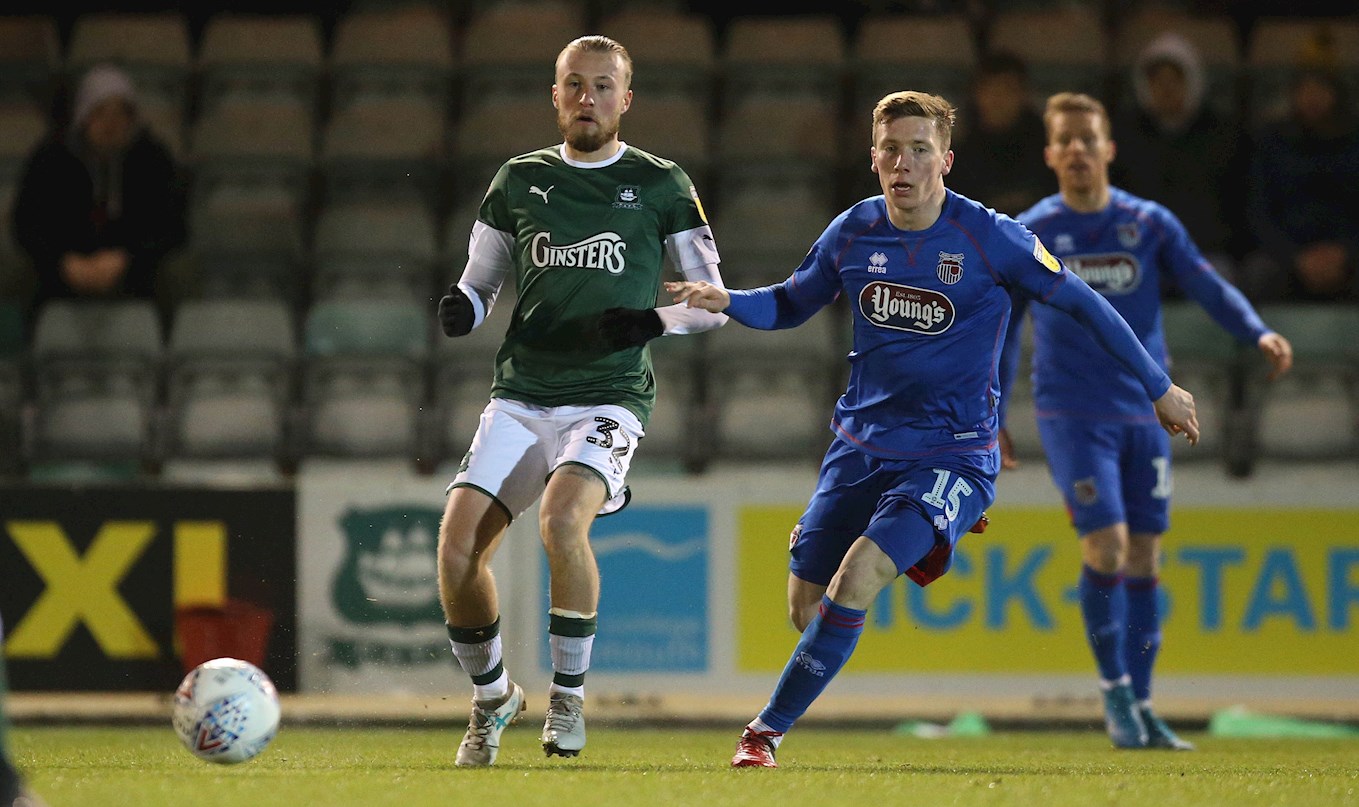 TUESDAY night saw Argyle bounce back from a 2-1 defeat away to Bradford City with a stellar performance against Grimsby Town to secure a 3-0 triumph at Home Park.

The Pilgrims’ display saw them score all three goals before half-time in a match that all in Green enjoyed, including midfielder George Cooper.

“It was a great win first-half, we were on it,” said Coops. “In the second-half, we didn’t score any more goals but we still created a few chances and could’ve made it four or five.

“All the lads were enjoying it, we played some great stuff on Tuesday night, first-half especially, and on another day we could have had more goals.

“We all knew before the game on Tuesday that we needed to win, so that meant we were on it when we went out there and we got what we deserved, comfortably.”

The game brought ‘the Assist King’s’ eleventh goal-creation of the season, with a typically accurate right-footed cross for Tyreeq Bakinson to head in the opener.

“Before the game, T said ‘I’m going to get in the box today, find me at the back post’ – thankfully, it hit him on the head and went in.”

Such is the consistent quality of Cooper’s delivery, his fellow team-mates know that he will always create chances for them.

“The players know when I play and get the ball that I’m going to try and cross it as soon as I can,” he said.