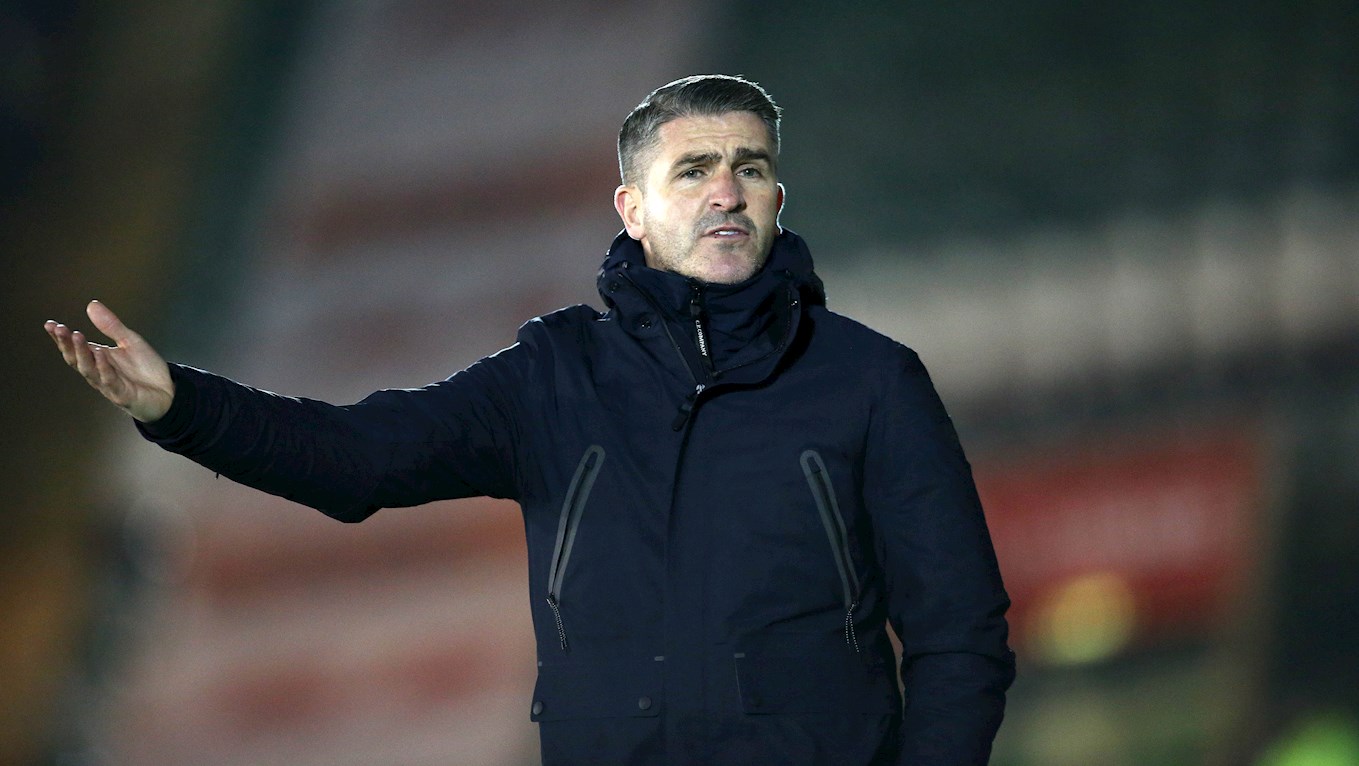 ARGYLE responded to an infuriating defeat in the mud of Bradford on Saturday with a clinical display to sweep past Ian Holloway’s Grimsby Town at Home Park.

The Pilgrims scored three unanswered goals, all in the first half, to move back into the top three in Sky Bet League Two and delivered a performance of ruthless efficiency all over the park.

Tyreeq Bakinson headed in the opener on 22 minutes and further goals from young strike-pairing Ryan Hardie and Luke Jephcott effectively killed the game before half-time on a pleasing night for manager Ryan Lowe.

“We said bouncebackability to the boys and that’s what we wanted,” said the gaffer. “They were chomping at the bit, you could see that.

“Although the performance was ok on Saturday, you shouldn’t have to play in league football on a pitch like that [at Bradford]. We eradicated all the excuses and said ‘let’s get back to winning ways’.

“It was always going to be a tough test, Grimsby are in decent enough form, Ollie’s gone in there and turned it around. We felt they would try and play a bit, fair play to them, but we were clinical, especially in the first half.

“I would’ve liked to be a bit more clinical in the second half but I always want more. A clean sheet and three goals, so very pleasing.

“We knew they would play 4-3-3, three attackers up there and we just moved it around a little bit tactically, with one or two players in different positions. We always felt, especially at home, we could play our passing game, breaking through the lines and always be a threat.”