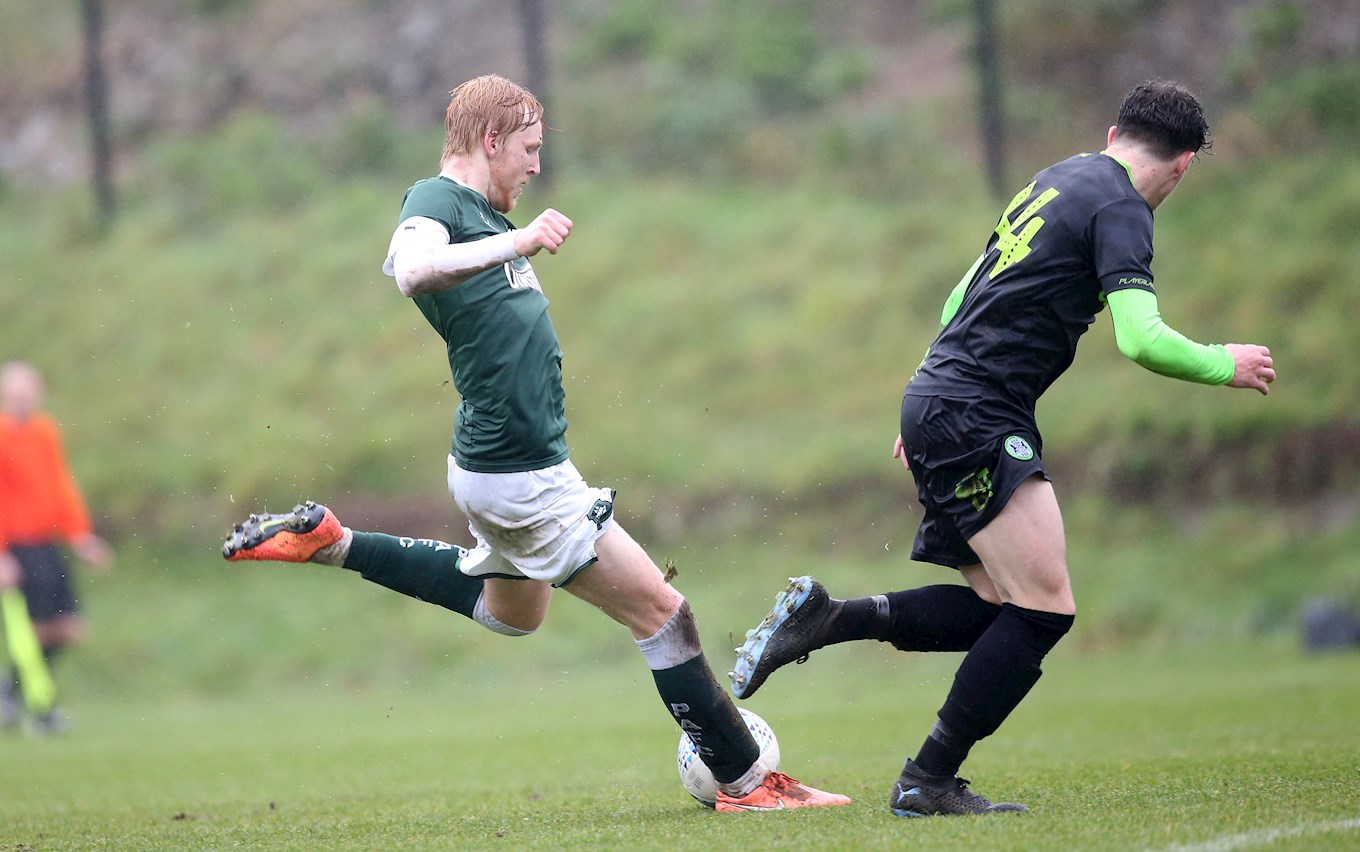 A YOUNG Argyle side showed no shortage of character to from behind to win a topsy-turvy Central League encounter with Forest Green Rovers at Harper's Park.

Having taken an early lead through Klaidi Lolos, the Greens trailed 2-1 after 50 minutes, before a controversial red card for Rovers' captain Isaiah Jones handed the Greens an opportunity which they snatched with both hands.

An off-the-ball incident with Rubin Wilson saw Jones receive his marching orders. The young striker dusted himself off to convert the resultant spot-kick, before lashing home the winner 15 minutes from time.

The Greens set the tempo with a threatening opening period, with the wing-back duo of Isaac Burdon and Jarvis Cleal looking particularly lively, but could not force a breakthrough in the opening ten minutes, Cleal’s deep free-kick the closest thing to a clear opportunity.

Despite the Pilgrims’ territory, the visitors registered the first shot on goal, when Vaughn Covil ghosted in on the right before firing wide of Tyler Coombes’ far post.

Argyle grabbed the lead from the next attack. Released in the right channel, Scott Crocker showed a good turn of pace to beat his marker, before cutting inside and measuring a low ball to the far post. There to meet it was Lolos, deployed in the number 10 role behind the two strikers, to slam home from six yards.

Forest Green responded through Rovers’ first-team regular Junior Mondal, but the Pilgrims held firm as the striker forced an opening from the edge of the box. On the counter, Argyle threatened again, as a superb defence-splitting pass from Michael Peck found Burdon, whose cross was turned wide by Crocker at full stretch.

Having found themselves in the opposition territory more often than not, the Pilgrims were hit by a sucker-punch on the break just after the half-hour. Mondal received the ball and measured a through pass to the overlapping Oliver Artwell, who fired low and into the net, despite the best efforts of the onrushing Coombes.

With the second-half just two minutes old, Coombes would find himself picking the ball out of the net again. Daniel Ogunleye received possession on the edge of the Pilgrims’ area, taking a touch to steady himself, before lashing a thumping drive into the far corner of the net on 47 minutes.

Before Forest Green had an opportunity to enjoy their lead, momentum swung back in Argyle's favour when Jones was awarded a straight red card for an alleged punch on Wilson. Sending the 'keeper the wrong way, Wilson drew level from the spot.

Argyle would have to be patient in the search for a winner against dogged opposition, but, eventually, the pressure took its toll.

Having fired wide from a similar pass just moments earlier, Wilson made no mistake at the second attempt, latching on to a Lolos pass to strike sweetly home from the edge of the area with his left foot, securing all three points.