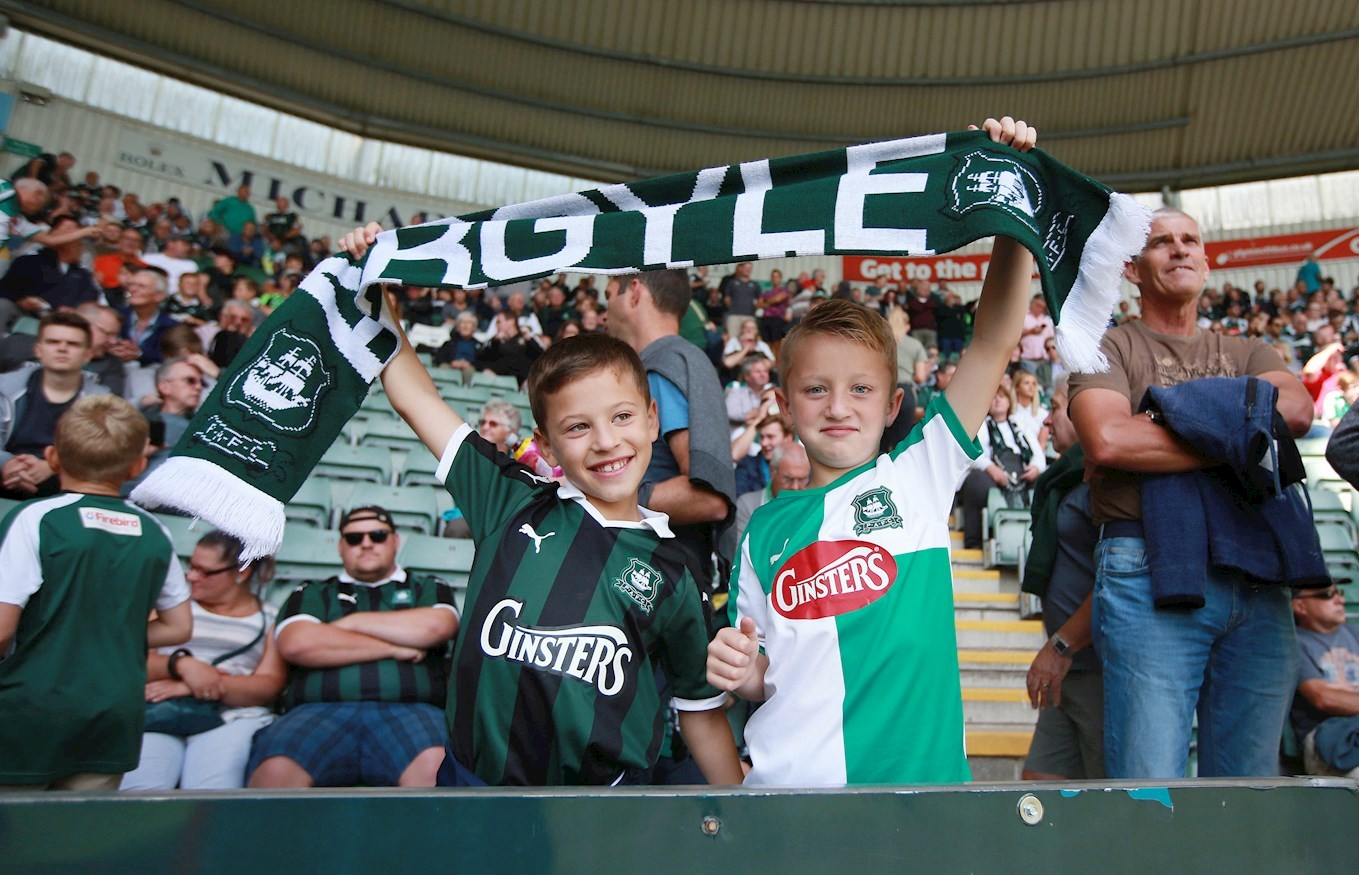 Since the 1990s, when Community Departments commenced at Premier and Football League Clubs, thousands of adults and children from Schools and Youth Football Clubs from throughout the South West have descended upon Home Park on a match-day.

The Youth Football clubs involved on Saturday are from the far corners of Devon and Cornwall. A massive number of around 180 will arrive at the early hour of 9.30am at the Theatre of Greens.

From North Devon, we welcome two coaches carrying a 120 club officials, young players, parents, siblings and friends of Barnstaple S.A.S. Youth Football Club. They will be joined by a similar group of 60-plus from the village of Ludgvan, near Penzance in the far west of Cornwall.

They will be welcomed to Home Park by the Community coaches, so a variable and exciting day will commence. For many of the children, this will be their first time of experiencing a professional football match.

The day will include a Stadium tour, coaching session for the children and a buffet lunch for everyone. The groups will then be escorted to the award-winning Family Stand to watch the game.

We also welcome both Redruth United and Eastside to Home Park to take part in our half-time game experience. Both Groups are in for an action-packed day, starting with a tour of the stadium and a one-hour training session at the training ground.

The groups will then make their way back to Home Park and enjoy lunch together before being given the opportunity to visit our family fan zone area. The children and parents will then take to their seats and enjoy the first half of Argyle vs Macclesfield. On the half-time whistle, the children from both teams will take to the pitch and participate in a small-sided game.

Redruth United Under-10s have been newly-formed this season by dedicated Dads Ben Thomas-Uden and Dean Tremelling who have both stepped up to the plate with passion and enthusiasm and just completed their Level 1 in coaching.

Their friendly but competitive approach has made a positive impact on all the children, which has been reflected in their results. The team have stormed into their league winning the majority of their games with style and also managed to claim some wins against teams in the year above.

They hope to continue their success at the ESF Butlins tournament in April. The boys and girls at Redruth United Under-10s are lucky enough to regularly take part in Argyle soccer schools during the holidays, with members also at the Argyle Centres of Excellence - all are huge fans and can’t wait to cheer on the Green Army this weekend.

Eastside AFC youth football is based in Barnstaple, North Devon. The club was originally formed in 2007 by a local police officer as part of a community project. The aim was to provide affordable football to children under nine years of age with the opportunity to play competitive football due to the demand.

They train at various locations around Barnstaple and home games are played at Lankey Town FC. Eastside football club welcomes both boys and girls of all abilities. They want the children to enjoy everything about the game, from training right through to the matches. They will learn football skills in a safe and friendly environment, be developed and encouraged to become the best player they can be.

Eastside actively encourage the involvement of parents in the running of the club and provide training courses for those interested in coaching, refereeing or first aid. They are currently developing teams and are inviting enthusiastic and committed children of all abilities to come along and just play.