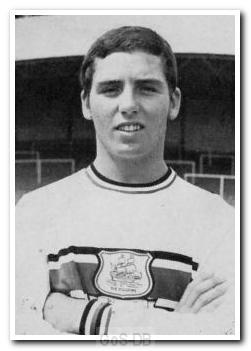 OUR weekend guest for the visit of Macclesfield Town in Sky Bet League Two is Colin Sullivan, who made Argyle history on his debut in 1968 as he became the youngest Pilgrim to play in the first-team, aged just 16 years at the time.

It was no flash in the pan and Sullivan soon established his position as the first-choice left-back at Home Park. A calm head, impressive maturity and quality on the ball were the hallmarks of what would develop into a fine career.

Over the next six years, Sullivan made more than 250 appearances for Argyle and, despite his young age, was an experienced performer when Norwich City signed him in 1974. His excellent displays at Home Park had also earned Sullivan England recognition at under-23 level.

He played in the Norwich side that lost the 1975 League Cup Final to Aston Villa at Wembley, later starring for Cardiff, Portsmouth and Swansea.