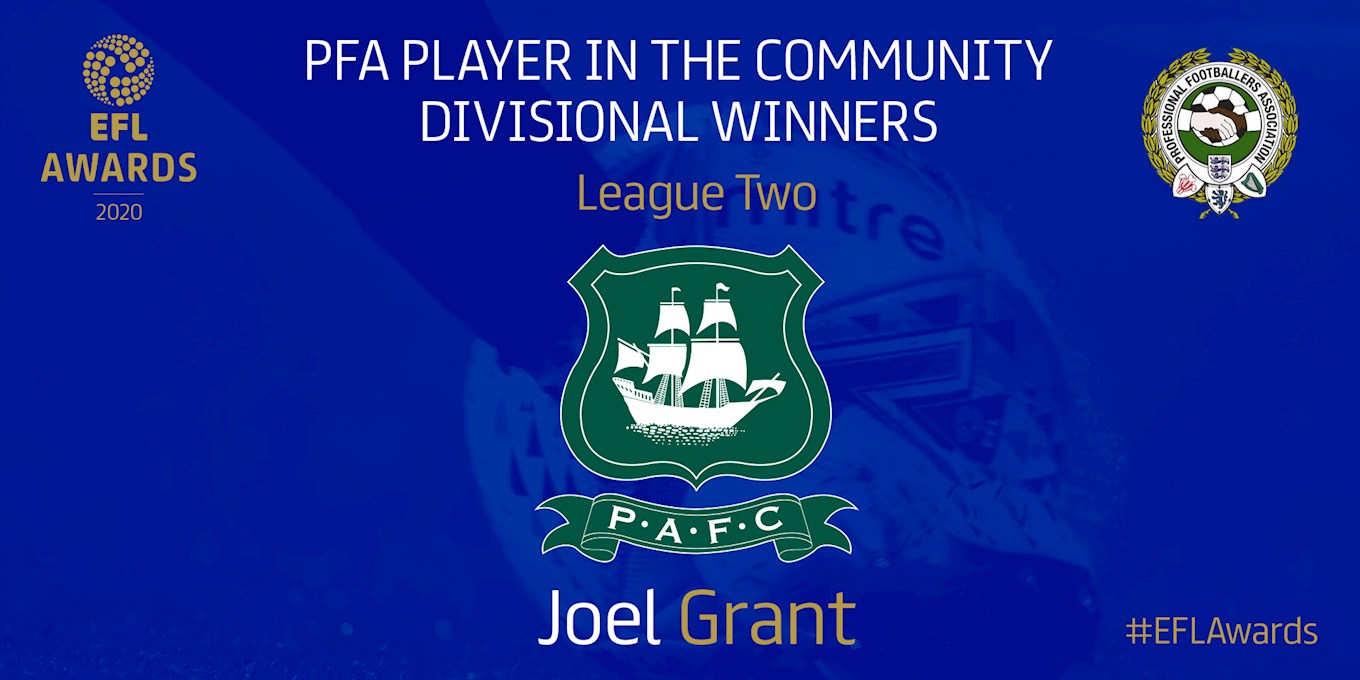 THE three divisional winners of the PFA Player in the Community Award have today been revealed by the EFL.

Recognised for the significant role they each play in supporting their local communities, Fulham FC’s Cyrus Christie receives the award for the Sky Bet Championship; Calvin Andrew, Rochdale AFC for League One and Plymouth Argyle’s Joel Grant wins the accolade for League Two.

Argyle’s Joel Grant has devoted his time while injured to actively seek out ways in which he can support projects and participants across Plymouth and Cornwall. In particular, his work with wellbeing programme FIT PILGRIMS is recognised and he was named as FIT FANS ambassador for the Club in January.

Joel has used his own experience to empathise with people of the community and understand the barriers facing participants, inspiring individuals of all ages to engage with the Trust’s activity.

As an ambassador for the Fulham FC Foundation, Cyrus Christie has been at the forefront of many of the Club’s community initiatives and projects, including work with Football Beyond Borders (FBB), Brixton Soup Kitchen and the Royal Star and Garter Home. His commitment and valuable contribution to the Club’s local people impressed the judges, for him to receive the Player in the Community Award for the Championship.

Rochdale’s Calvin Andrew plays an integral role in the success of the Club Community Organisation (CCO), engaging with over 800 participants of the Club’s community projects in 2019. He regularly attends school visits, football schools and works closely with Rochdale AFC Ladies team. As player liaison for the Club and PFA Player Ambassador for Show Racism the Red Card, he provides inspiration and support to the wider community.