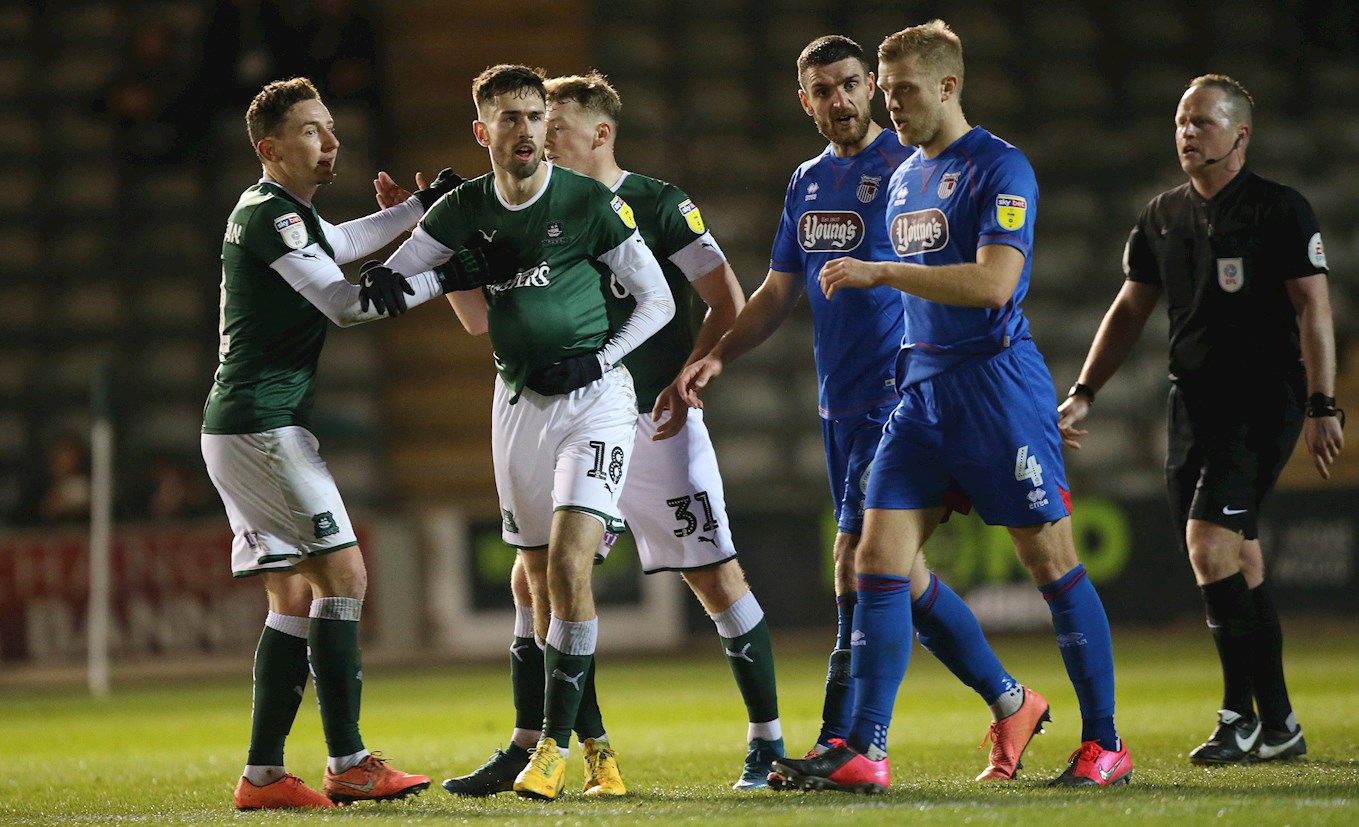 THE impressive combination of Ryan Hardie and Luke Jephcott has scored 13 goals in 13 games between them since the start of the New Year, with one each added to the tally in last night’s 3-0 defeat of Grimsby Town.

After Tyreeq Bakinson had set Argyle on the road to three more valuable points in Sky Bet League Two, Hardie raced through for a clinical second and Jephers added number three, although both young strikers actually claimed the goal.

What is without question is the impact Hardie has made since joining on loan from Blackpool and manager Ryan Lowe is enjoying his pace, composure and a first goal as a starter, rather than the super-sub tag of previous weeks.

“It’s a great combination and we’ve also got other players, who are just as good,” said the gaffer. “We’re just pleased to have three points, three goals and a clean sheet.

“They’ve been terrific and I call him [Hardie] a greyhound because he’s rapido and when he gets in there, he’s calm and composed. Fair play to him, every time he’s got into those positions, you’re confident he’s going to hit the back of the net.

“What people often don’t see is the big picture; we have monitors in the dug-out, eyes in the sky and people watching from different angles, people analysing and telling us what is going on.

“In Ryan Hardie’s case, he has always been in the right place at the right time, and it was proved when he was put through, stayed calm and composed. Ryan is a fantastic asset, he’s scoring goals and that’s what we brought him in to do.”