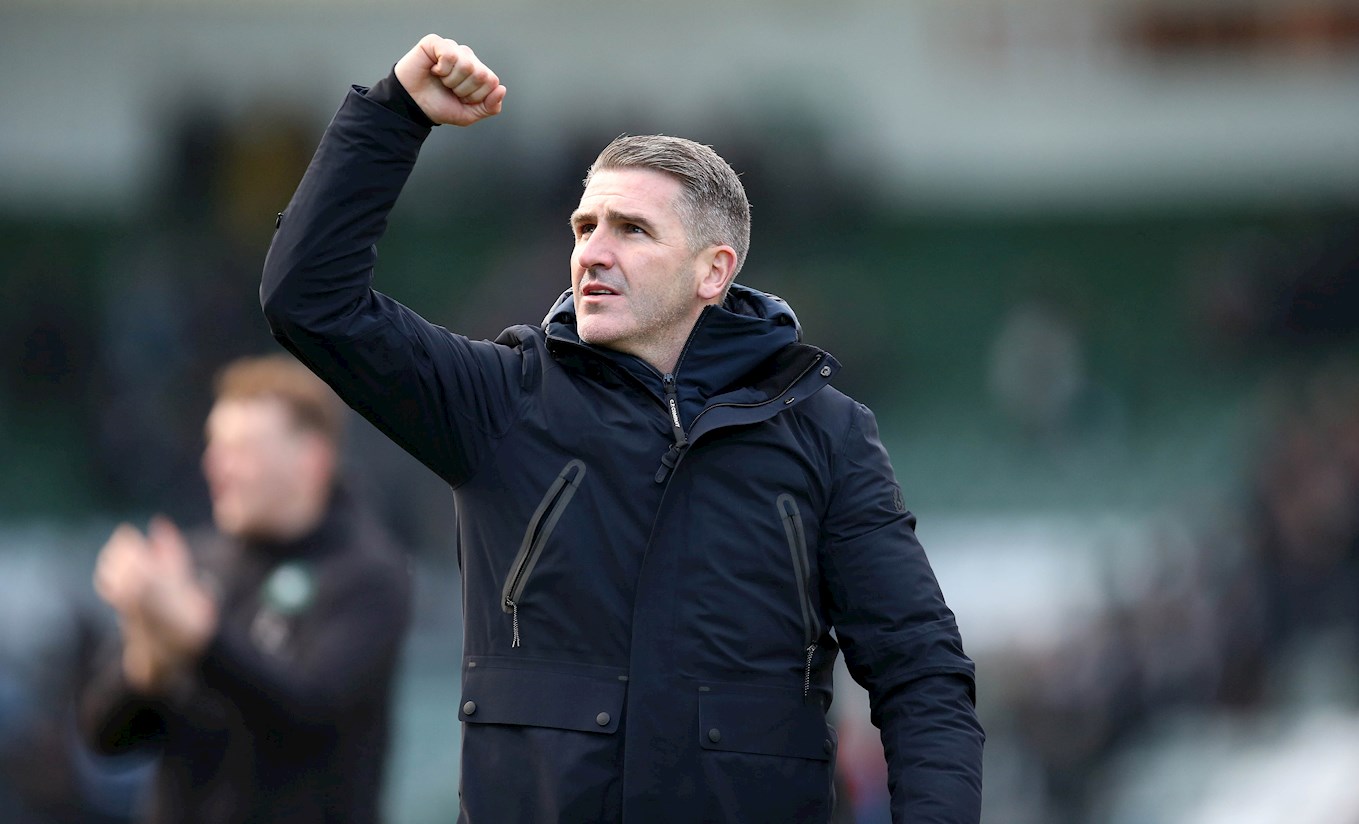 AFTER Argyle’s emphatic 3-0 win over Macclesfield Town at Home Park this afternoon, boss Ryan Lowe has emphasised how proud he is of his team.

Ryan Hardie opened the scoring and a double from the excellent George Cooper bagged three more points for the Pilgrim promotion dream.

“I thought our boys were fantastic in every department today. The work ethic, runs on and off the ball, the shape, the pass appreciation, the passes forward, the runs forward – couldn’t have asked for better.

“I’ve got to give credit to Macclesfield because they came here and gave it a good go – fair play to [Macclesfield manager] Mark [Kennedy]. A lot of credit has to go to them today. They’ve been beaten by the better team but that wasn’t for the lack of trying. Credit where credit is due – they were different class today.

“We knew we had to be patient today. You know the team that is potentially coming and you need to be patient – teams come here to have a go. Macclesfield had a real go today and were trying their best to keep the back door closed – they were resolute.

“Their front three were a threat, we knew we just needed to focus on our game and worry about how we break those types of teams down and we certainly did – Ryan [Hardie]’s finish was calm and collected.

“Sometimes at 1-0 you expect it to go in in twos and threes but that isn’t always the case – we went in [at half time] at 1-0, deservingly, but we came out in the second half knowing we needed to be patient. The build-up was, as was the pass appreciation around the park – which was very good. It’s another win in the right direction.

“Our next one is Morecambe, which is going to be another tough place to go, so we’ll rest and recover the boys now and look to put on a performance at Morecambe.”