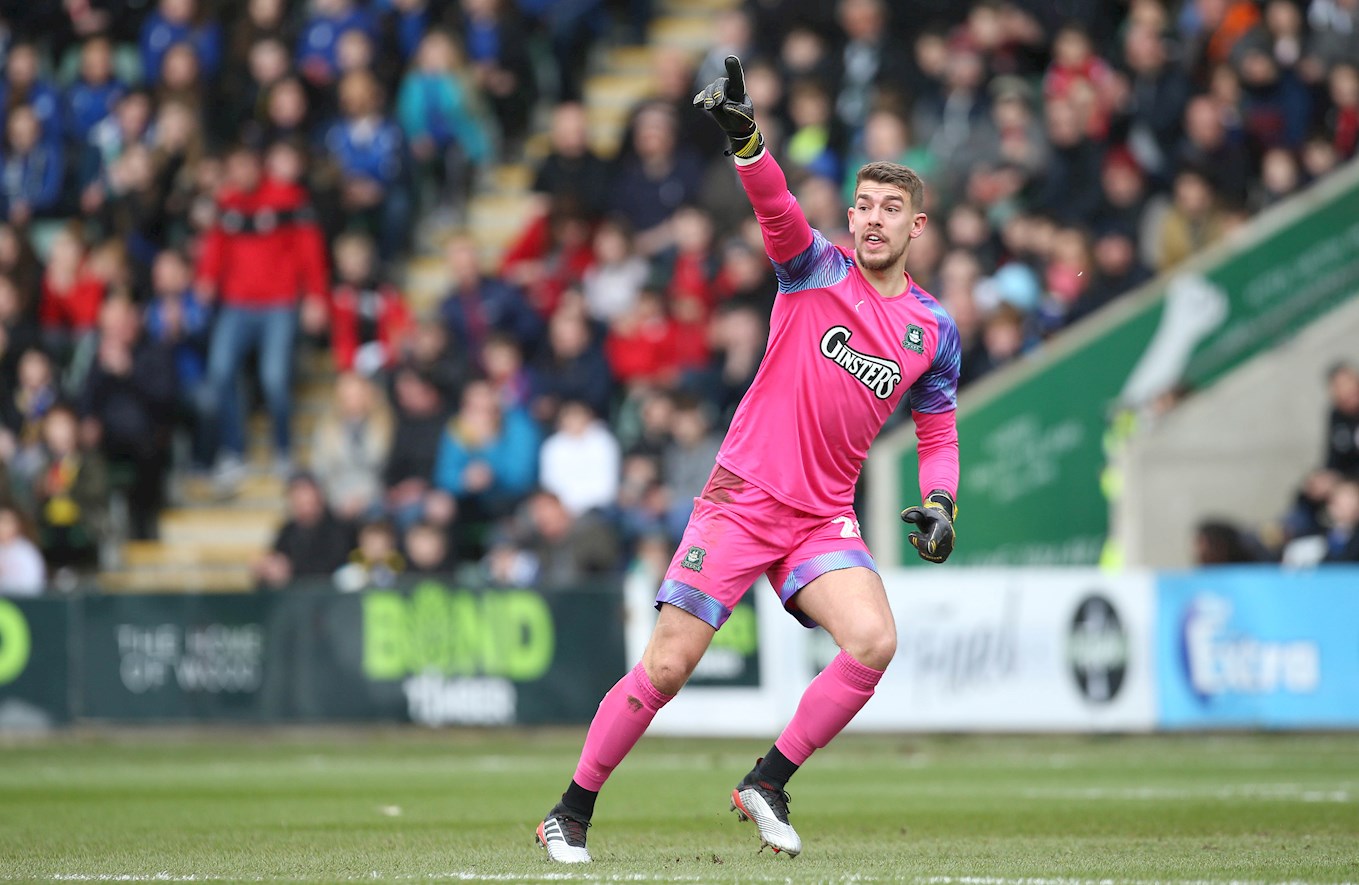 THE foundation for winning games in Sky Bet League Two comes from keeping clean sheets and Argyle custodian Alex Palmer is thriving in the challenge of ‘doing his job’.

A 3-0 victory over Macclesfield at Home Park on Saturday ensured the Pilgrims remain in the automatic promotion spots and are enjoying an excellent position as we move into the final weeks of the season.

Palmer, who has been outstanding throughout his loan spell from West Bromwich Albion, was delighted to keep his net intact, while the forwards combined with a George Cooper double and Ryan Hardie’s goal confirming the three points.

“They [clean sheets] set a foundation for the team, there were a few moments where we got away with it a bit but when you’ve got George Cooper on the left, Byron Moore [on the right] and our strikers, we know there will be chances,” said Alex.

“If we can keep it tight at the back, the team’s going to get chances. We can set a foundation for the rest of the team to go on and win the game.

“The way we attack is also our best form of defence as well. The further we are up the pitch, the further forward our defenders are to keep attacks going. I am obviously here to keep the goals out and give us the best chance to win the game.

“When he [George] gets the ball, he’s looking to cross at any moment and that’s when the strikers come in. When you get that sort of relationship, the strikers know where they have to be and I’m more than happy to keep watching from where I am.”

The form of Palmer and the defenders in front of him has been a fantastic feature this season, but there are always big moments in games where individuals need to do something out of the ordinary.

Scott Wootton took that mantle on the weekend, producing a superb goal-line clearance to deny Macclesfield an equaliser at a crucial stage in the game.

“We can’t switch off and when we played them [Macclesfield] away, they’ve got some good attacking players. We knew they were lively on the break,” said Alex.

“Scotty did unbelievably well and you could see from my reaction how important it was. We had just started the second half and if they go to 1-1, it gives them momentum.

“It’s as good as a goal and he [Wootton] would probably prefer that because that’s his job. Our job is to keep the ball out of the net and that’s what we’ve done. Big moments like that are what you need.”

Next up for Palmer and the Pilgrims is a trip to Morecambe on Saturday and the only focus is getting over the promotion line.

“It’s crazy how quick the season has gone and hopefully we can get over the line,” said Alex. “The changing room has a good atmosphere and a really good team. We just need to keep going.”