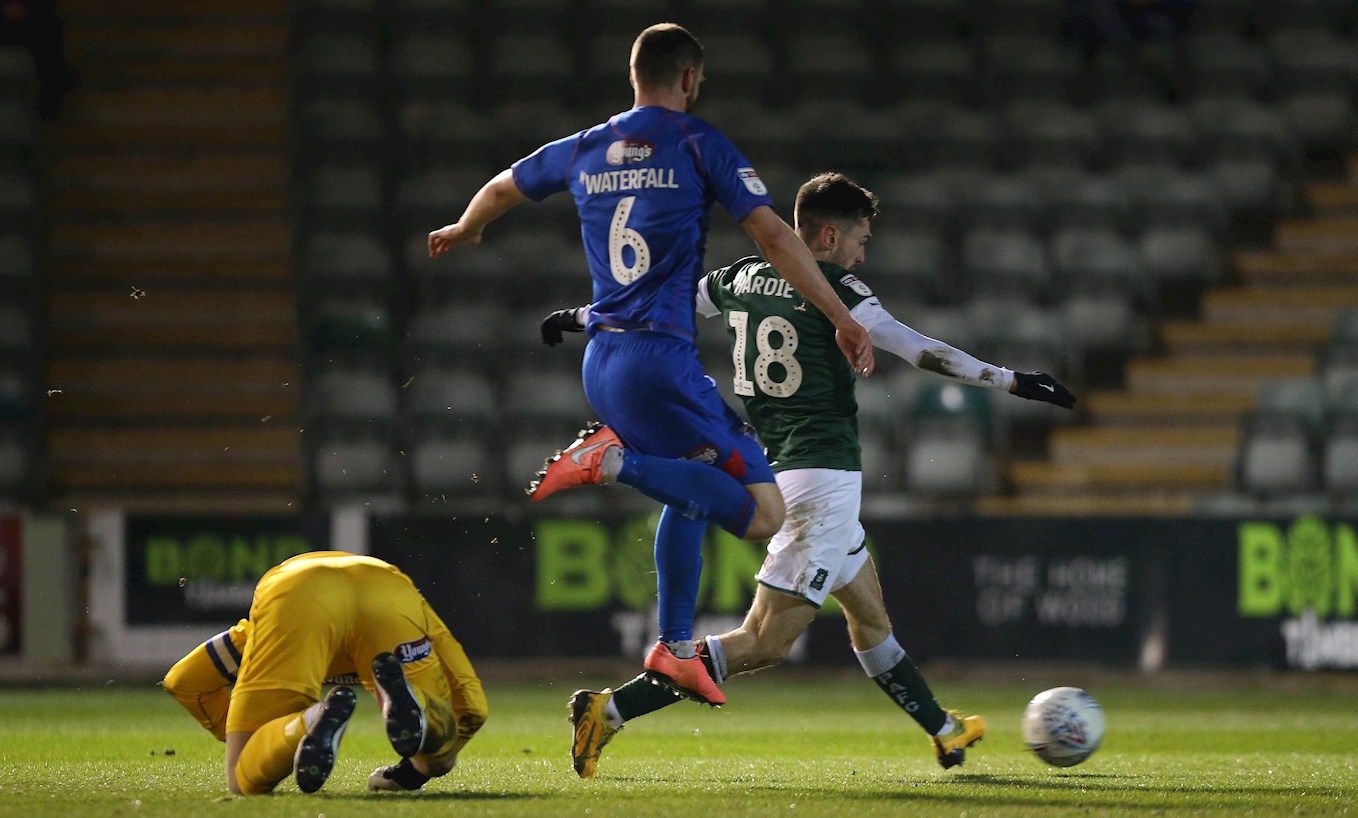 ALTHOUGH there may be controversy over who scored the Pilgrims third goal on Tuesday evening, sweeping aside Grimsby Town 3-0 in Sky Bet League Two, Ryan Hardie has gone a long way toward freeing himself of the “super-sub” tag.

The Scottish striker bagged at least one after being played through by Tyreeq Bakinson, who had already put The Greens one up, as he rounded the 'keeper to complete a three-goal first-half blitz, and therefore a game which was all but over at the break. Whether or not he scored a first half double, he will have to debate that with his strike-partner Luke Jephcott.

Ryan said: “The referee put it [the third goal] down as mine but Jephs [Luke Jephcott] is claiming it. Naz [Niall Canavan] headed it back across and Jeph has had a shot from a tight angle. It has either went in or stayed on the line and I’ve made sure it went in, I’ll take it if the referee gave it to me.”

All the on-loan Blackpool man wants to do now is build on an impressive display to ensure he starts again in four days time for the visit of Macclesfield Town. “Of course, what you want to do as a footballer is start games, but the manager makes the decisions,” he said.

“Whether I feel it’s right or not, it’s up to him at the end of the day. I am glad I got my chance and I finally got a goal as a starter."