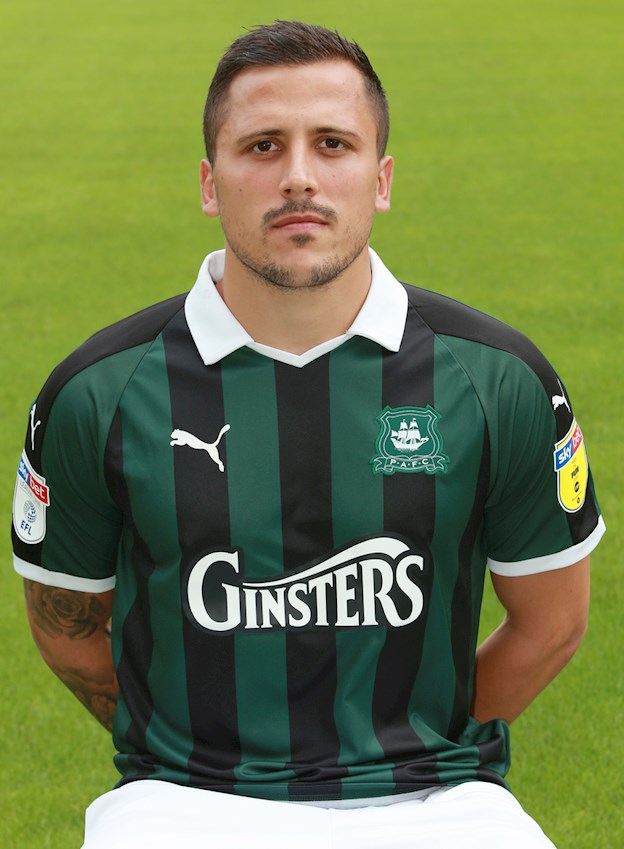 IN these strange and unprecedented times, it is great to hear stories of community spirit and togetherness in the Argyle family.

Pilgrim midfielder Antoni Sarcevic has settled into the fabric of Plymouth life over the past three years and he was delighted to go out of his way to ensure a special neighbour is being looked after during the Coronavirus crisis.

“When our game [at Morecambe] was called off, we headed back to Manchester to see family and we got back into Plymouth late on the Monday night,” said Sarce.

“On the Tuesday morning, I was just heading out to Morrisons and Terry lives directly across the road from us, so my wife and I thought it would be right to see if he needed anything.

“It’s something anyone would do at this time and Terry is literally one of a kind. He doesn’t drive, so we just wanted to make sure he had supplies. He’s obviously told his Grandson, who is a big Argyle fan.

“Kate and I live over the road, and Terry is always helping others, even little things, like when we’re rushing around with the kids and forget to the bins out, Terry will do it for us.

“He looks out for everyone, so the least I could do was to make sure he is alright. It is just little things, I’ve always sorted him with a ticket and given him a signed shirt because he’s been so kind to us.”

The news of Sarce’s gesture soon passed on to Terry’s family and his Grandson Ben was very grateful to know people are looking out for him.

“Grandad is well and happy,” said Ben. “Antoni Sarcevic kindly knocked on Grandad’s door and asked if he needed any shopping.

“I know Grandad was grateful for the gesture and we are a family of Argyle fans. It’s great to know that if we can’t get to Grandad, there is someone who can help and provide a bit of comfort.”

Alongside the community spirit being displayed by so many Pilgrims, Sarce is in a position of maintaining his fitness in readiness for when football finally returns for us all to enjoy.

While it is difficult for any of us to comprehend the changes that have occurred just over the past week, the midfield talisman is looking forward to completing the season and performing in front of the Green Army again.

“It’s frustrating for everyone, especially being so close to the end of the season, but the health and wellbeing of people in the community always comes first,” said Sarce.

“Hopefully, they come up with a fair solution to end the season properly. We all want to play the games in front of supporters and you’ve seen from some games played behind closed doors that it’s just not the same.

“Football is about the fans and the club. We are a League Two club taking over 1,000 fans to away games on a Tuesday night and can pack out Home Park with 16,000 people – they deserve to watch football. We train and work every day to play in front of them.”