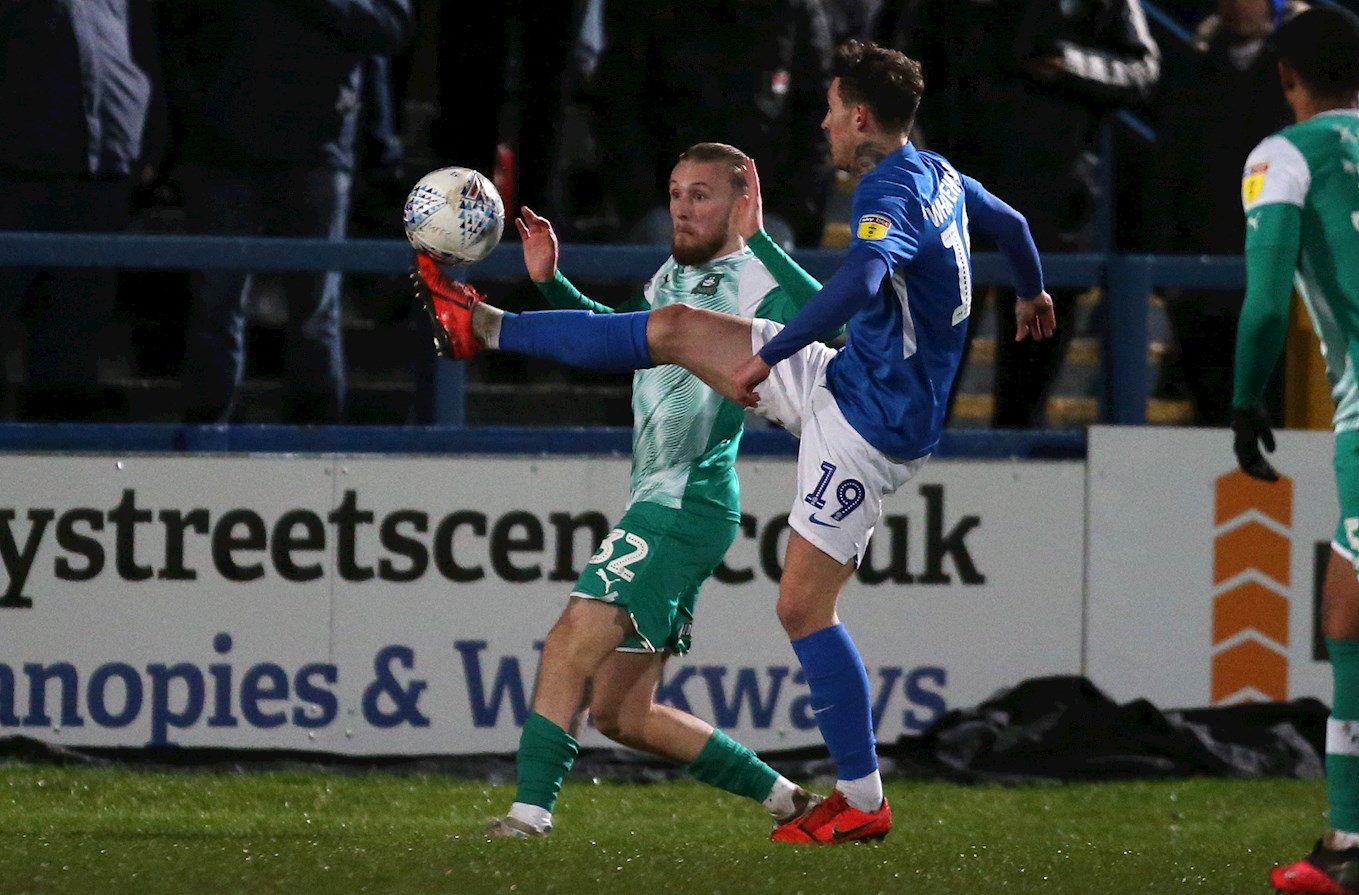 DESPITE playing this weekend’s Sky Bet League Two opponents Macclesfield Town less than a month ago, Argyle’s George Cooper insists that the reverse fixture will have no bearing on the result this time round.

The first game at Moss Rose, in which the pitch had a big part to play was a physical affair, Argyle dominated possession but were denied a win by a valiant effort by the Silkmen defence in the 1-1 draw.

“It’s a new game, we know what we need to do against them after we played them a few weeks ago,” said George. “It’ll be a different game this time round with the pitch and we need to get the three points.

“They were tough to break down and they had a couple of chances in the first half but we have a feeling about what they might do when they come here - we have to be ready for that.

“We just take every game as it comes and we know if we do our bit in the last ten games we should be ok. It’s going to go right down to the wire and whoever does the best in these last ten games will be there.”