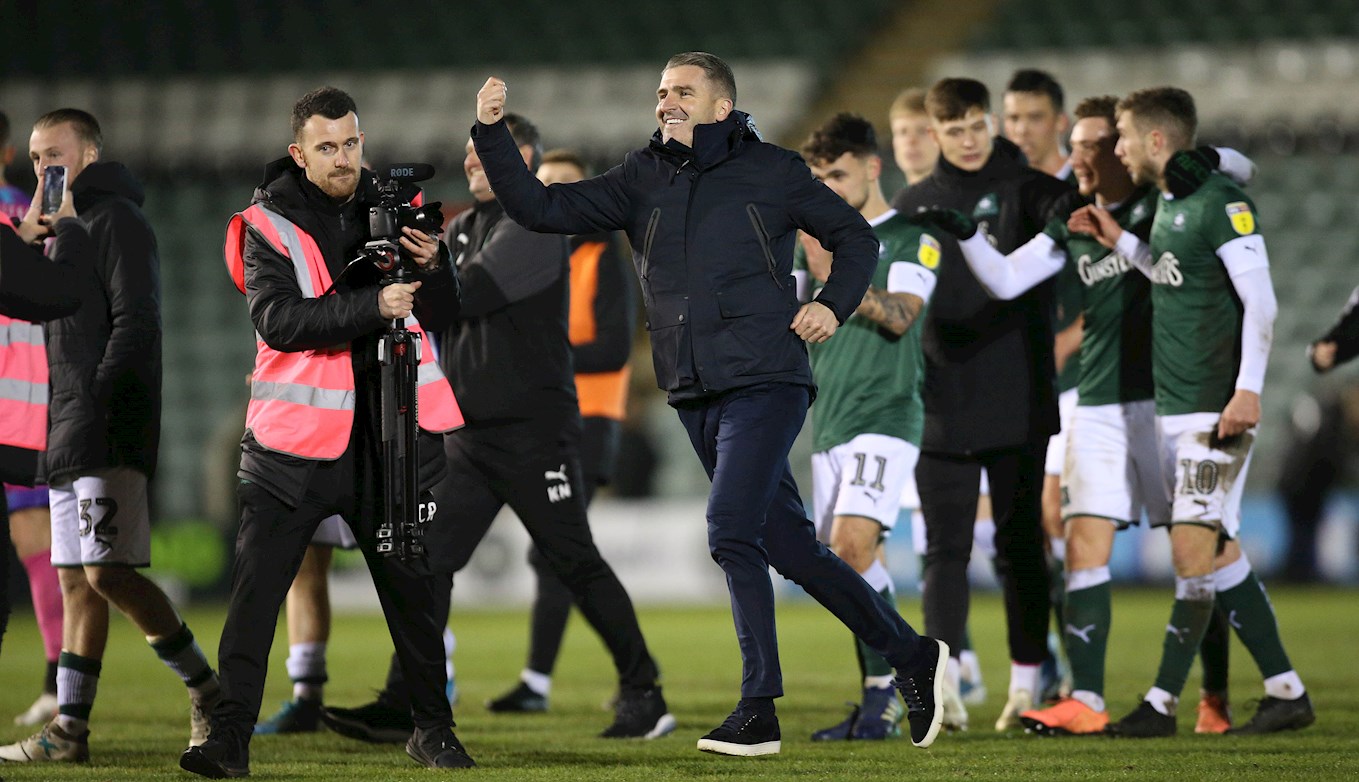 CONOR Grant made his first Pilgrim appearance in over a month and slotted in superbly to the Argyle midfield for Tuesday’s 3-0 win over Grimsby Town, demonstrating the strength in depth manager Ryan Lowe has built at Home Park.

Following the suspensions to Gary Sawyer and Antoni Sarcevic, Conor came into the midfield, Ryan Hardie started in attack, and Callum McFadzean joined with George Cooper on Argyle’s left.

“When you have one setback, there are others to step in and I’ve said to the lads that we’ve got a tremendous squad,” said the gaffer.

“When one opportunity goes, another one arises and they will have the opportunities. Fadz [McFadzean] is playing that left side now that Gaz is suspended, George has come in and done a terrific job, and Conor was fantastic as well.

“He [Conor] came to see me and asked if he would get a chance, and I said ‘yes, now go and take it’. He’s done great, burst forward with the ball and his pass-completion was probably around 95%.

“I’ve got no questions when I’ve got to put Conor Grant in the team, or Ryan Hardie, or George Cooper. They’re all just as important as everyone in the building and that’s why I feel we’ve got a good squad.”

The squad success led to three more valuable points in the Sky Bet League Two promotion race, lifting the Pilgrims into third but, with Macclesfield visiting on the weekend, this is no time for getting carried away.

“We’ve moved up the table because we’ve deserved it but we won’t get drawn into all the stuff that’s going on,” said Ryan.

“We’re just focussed on us and we want to keep going. We’re not going to settle for third, we’ll keep pushing all the way and another game comes on Saturday, when the league could easily move around.

“We’re not getting too carried away. I hope there aren’t too many twists and turns for Argyle, but we’ve come off two draws and a loss, and bounced back well.

“If we can find a bit of form now, string back-to-back wins togethers, it would be pleasing. We’ve got some tough games coming up and they’re coming thick and fast.”