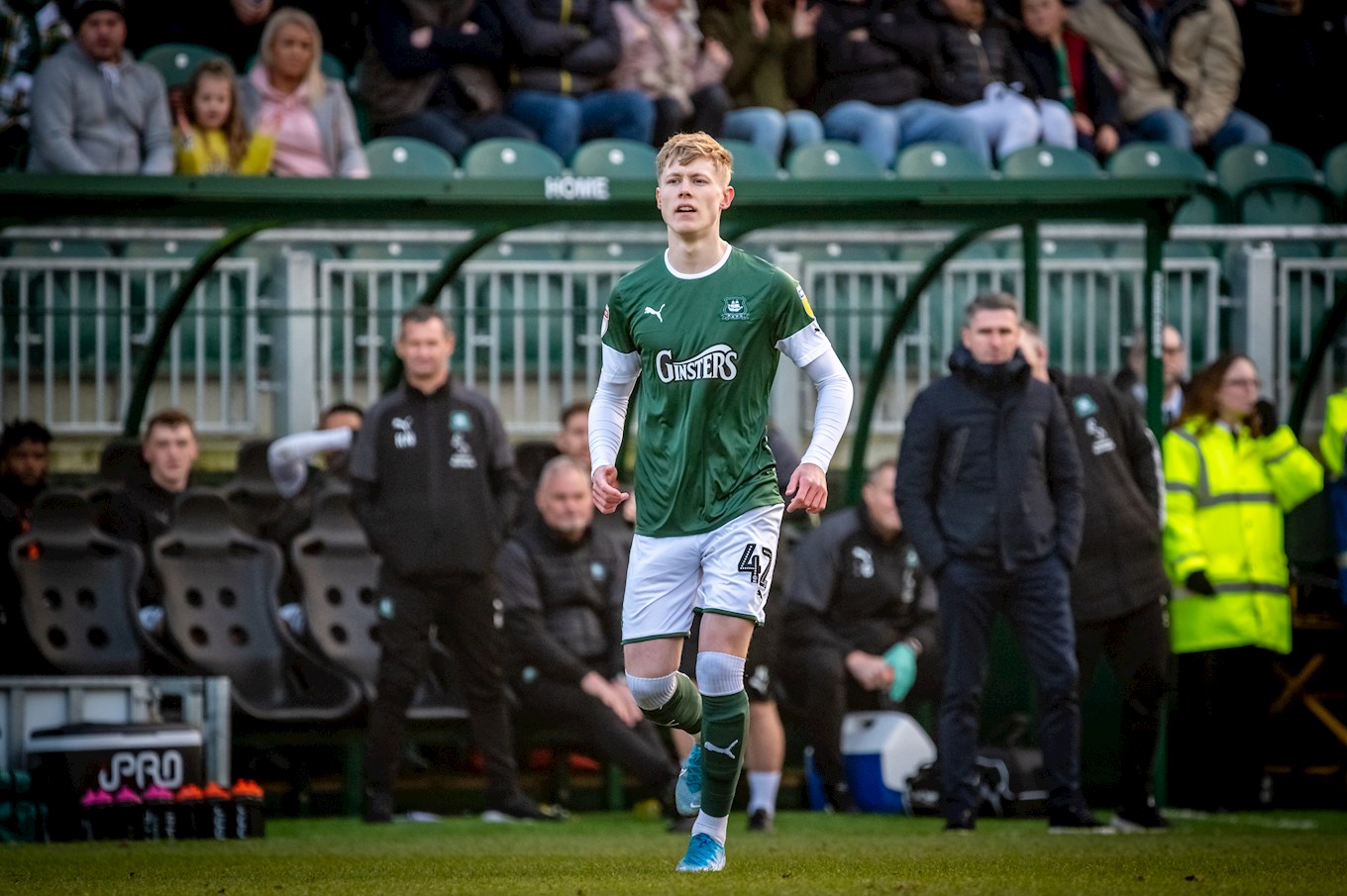 Jarvis Cleal, Ollie Tomlinson and Rubin Wilson have all impressed in the youth setup at Argyle, and were personally informed that they would be offered deals by the Pilgrims’ first-team manager Ryan Lowe on Thursday afternoon.

Lowe said: “We had the conversations with the lads to give them the good news. We wanted their families to be present when we talked to them, as they have been a big part of it.

“I think the parents will be proud, and happy that their sons have made it to the next level, and hopefully they’ll represent Argyle for many years to come.”

Tomlinson, a ball-playing centre-back, is yet to make a senior first-team appearance, but has impressed in both Central League and, most notably, Premier League Cup action – netting a dramatic late equaliser in the Pilgrims’ 1-1 draw with top-flight Watford at Home Park in October.

“With Ollie, you have got a defender who is a good size, a good passer of the ball, and a leader. He’s led the youth team through the levels, and we see quality in him,” said Lowe.

“We play three at the back, and we feel, as a good footballer, he can try and fight his way into the first team. It’s going to be a tough ask, but he’s got potential, and we feel we can coach him at the next level.”

Yeovil-born Cleal, adept at wing-back or in midfield, forced his way to the fringes of the Pilgrims’ first-team after impressive displays in training and reserve fixtures, leading to a first appearance on the bench for the Greens’ 2-2 home draw with Crawley Town in Sky Bet League Two.

Despite regular involvement in the Greens’ 20-man match-day squad, Cleal had to wait a further nine games to experience his competitive debut, coming off the bench late in Argyle’s 3-0 home win over Macclesfield Town on March 7.

“When I came in, I could see what Jarvis had, he’s got quality,” said the Argyle manager. “He’s been training with the first-team quite a bit. He’s a good lad, he wants to learn, and we have seen the quality in him, and we look forward to working with him in the future.”

Completing the trio of new professionals is Rubin Wilson, a Cornish forward with an eye for goal reminiscent of the Pilgrims’ manager during his own playing days.

Rubin made his Argyle debut on his 18th birthday, as a second-half substitute in the 3-0 away win at Swindon Town in the Leasing.com Trophy. Wilson was the under-18 side’s leading marksman by some distance, and his form across all competitions led to several appearances on the bench in Sky Bet League Two.

“We know what Rubin’s got, he’s a goalscorer, first and foremost,” said Lowe. “He’s effective, a handful, an old-fashioned centre-forward, if you like - he runs in behind, and scores goals. He’s got a lot to work on in certain areas, but these strikers don’t come along often.

“You look at [Luke] Jephcott, who has come through the ranks and is starting to fulfil his potential, we feel that Rubin is another one who can potentially go on to represent Argyle.”

Speaking on behalf of the club’s Academy setup, Argyle Director of Football Neil Dewsnip said: “First and foremost, we would like to congratulate the three boys on their progress.

“It must be said that the gap between scholarship player to professional player is gigantic. The expectation that we all have at the football club of our first-team, which they will now be a part of, is very high, and we want to progress as quickly, and as far, as we possibly can.

“The reason that we have decided to progress the three boys is that we believe they can add value to the first-team squad. Whether they go straight into the first-team, or out on loan to prove themselves, we are delighted to have the three of them and look forward to the next stage of their development.”