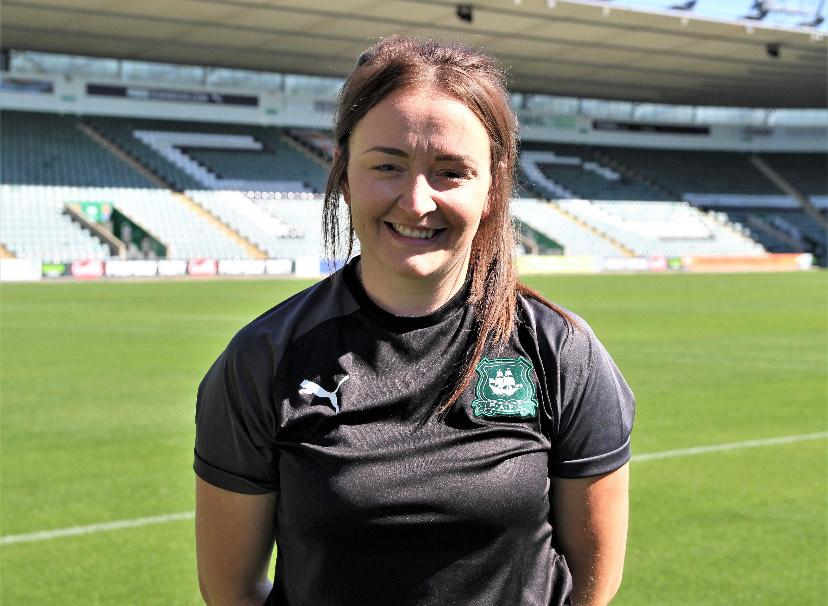 The current lockdown is not stopping the Argyle Ladies squad from staying in peak physical condition, and that is, in no small part, down to the dedicated work of coach Vicki Fannon.

Vicki started her football career at the age of 12 at Argyle, returning to the club from Torquay United, before becoming a coach.

Not one to seek out the limelight, Vicki devotes her time to the squad. Back at Argyle for three years, Vicki initially worked with the development team, but quickly caught the eye of first-team boss Dave Leonard, and she has proved to be a popular addition to the first-team set-up.

Fannon said: “I quite like to go about my business unnoticed - but I have lots to say about the wonderful girls I work with. I’ve been at Argyle three years now but was obviously at the club as a player from the age of 12, so in some ways it feels like I never left.”

Fannon is extremely proud of how the girls have bonded during the social distancing period, coming together as a group to train in preparation for whenever the season is due to start.

Indeed, it is remarkable how a bunch of girls who live far and wide away from their club have bonded. Zoom calls and social media challenges have not only kept the players connected, but also supporters engaged.

Fannon said: “I keep in touch with the girls on a daily basis. Myself and a small group of the team, Bow [Jackson], Leah [Burridge], Steph [Beck] and Katie [Middleton] are running the social media.

“I think we all agree that the social media has drastically improved over the past few weeks. We cover all aspects - we’ve had fans sending in photos of their pets in Argyle kits, player profiles which have proved popular with the public, coaching videos from goalkeeping coach Jason Haswell, toilet roll challenge for both teams and a really popular one was where the fans had to set players challenges.

“We had skills and kick ups for Rosie Shipp, who is an up and coming star, press-ups for Mollie Taylor, squats for Rachel Javan, goalkeeping handling for Maisie Frickleton, and even the Cha Cha Slide plank challenge.”

While there is no substitute for time spent together, social media challenges have helped to retain the essential bond found in all successful teams.

“The girls are showing a lot of togetherness,” said Fannon. “We have regular zoom fitness sessions led by Bow Jackson with Leah Burridge on the playlist. The uptake is fantastic.

“The first team and development team train separately on a Tuesday but on a Thursday night we train as a squad - me included! The last session was even Pilates which went down a treat; the general participation has been brilliant.”

If you want to see more of what the Ladies team are getting up to during the season break, or even want to get involved with some of their social media challenges, click here to check out their Twitter.