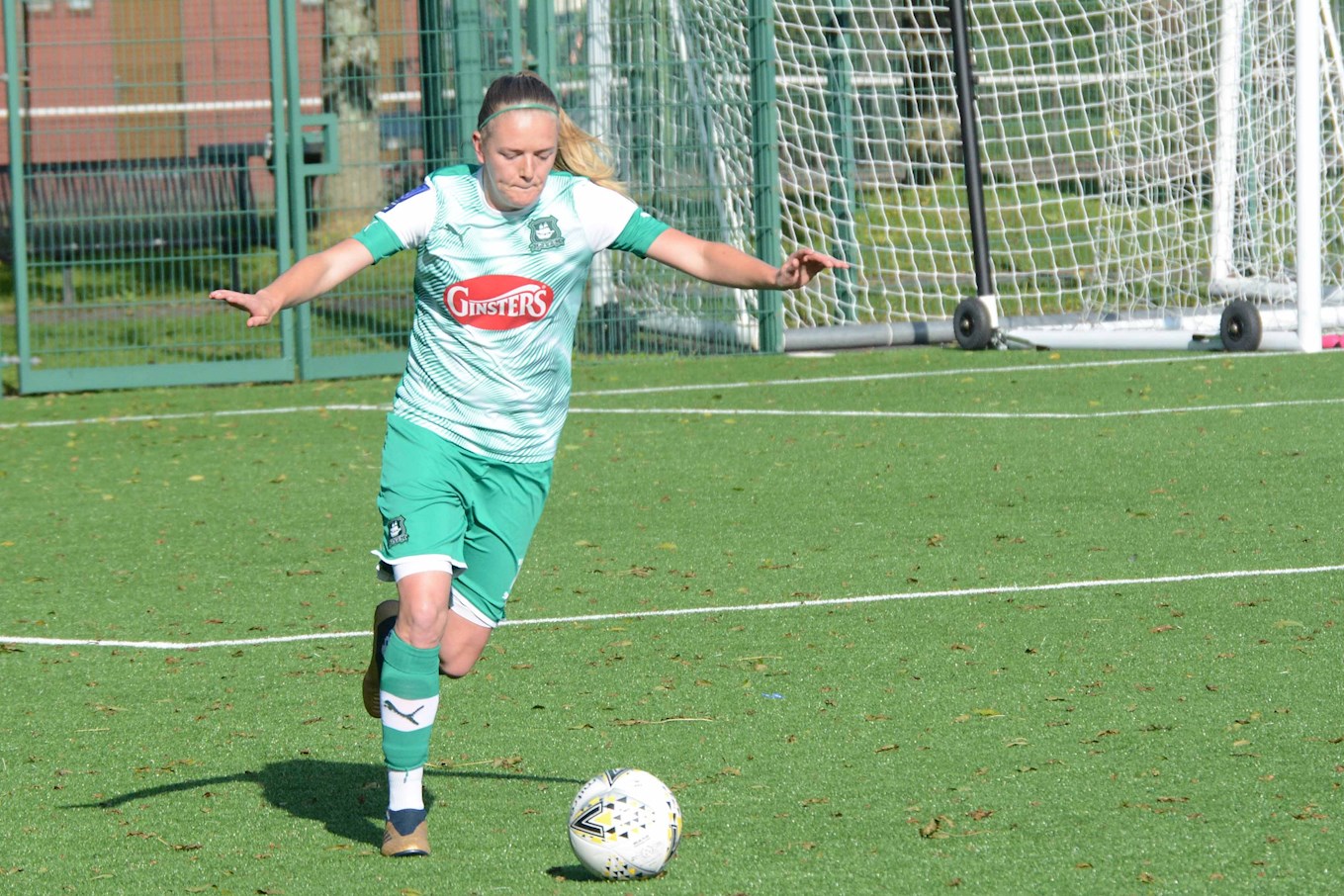 The Argyle Ladies' season might have been prematurely cut short, but their much-anticipated virtual awards evening proved to be a huge success.

Set up by coach Vicki Fannon, the online survey produced a remarkable 1100 votes, perhaps reflecting the growing interest in Dave Leonard’s Pilgrims from supporters in the community.

The first winner of the evening was for the Supporters’ Player of the Season award, which went to Leah Burridge.

'Budgie' is known to teammates and supporters alike as the girl who plays football with a smile on her face, and she accrued a massive 45% of the votes cast.

The 23-year-old joined Argyle on-loan from Yeovil Town in January of last year, before committing herself to the Pilgrims on a permanent basis last season.

A very popular member of the team, Leah initially found it hard to nail down a place in a quality midfield and settled in at right-back for the opening part of the season, before returning to her favoured midfield position later in the campaign.

The award was presented by Colin Fenn and Steve Lamacraft. Burridge said: “I’d like to say a huge thanks to everyone who voted for me for Supporters’ Player. I have thoroughly enjoyed the season with Argyle Ladies. I wouldn’t have been able to do it without such a great team of players and management; you really do inspire me.”

The First-Team Players’ Player award, voted on by teammates in the dressing room, went to Helen Bleazard.

The 29-year-old Welsh international, whose stellar CV includes an FA Cup final appearance with Bristol City in 2011, as well as spells at the top level with Yeovil Town and Chelsea, has been described by manager Leonard as a true professional and an absolute pleasure to work with.

'Blez' has had an outstanding season, and, at times, has carried her colleagues as they contended for promotion from the Women’s National League Southern Premier Division.

Perhaps reflecting the strength in depth of Pilgrim performers this season, the third and final award - the First-Team Managers’ Player award – was awarded to another player – club captain Katie Middleton.

It proved to be a very competitive decision, with coaching staff split on which player to choose. With the voting at 2-2 through Leonard and coaches Marc Bonney, Jason Haswell and Fannon, it was left to Director of Football Trevor Rodd to cast his deciding vote, which went to the club’s long-serving stalwart after a season in which she led by example - even donning the goalkeeper's jersey when regular stopper Ben Kyle was sidelined by injury.

Much has been said about Katie's attributes in her 20-year career with the Greens, but Rodd – who presented the trophy – summed her up well by saying: “As an inspiration, a true leader and Miss Argyle Ladies, Kate truly is inspiring and a role model to the young generation we have coming through.”

Speaking of the young generation, the development team also received their own well-deserved honours after a successful season.

Nicola plays with her heart on her sleeve, never giving less than 100% commitment. Nicknamed ‘Mullet’, Champion is a popular member of the team who works extremely hard and is a real team player. Dan Tecza, the team’s goalkeeping coach, stated that he felt Nicola was having her most consistent season before Covid-19 struck.

He stated: “Nicola has shown huge amounts of dedication- rarely missing training and playing in all fixtures for the development team – and she has also been rewarded with a first team call up.”

“’Nic’ has added so much more to her game, she can go long, she can come short. She is strong and holds the ball up so well now and brings other players into the game. She will sniff a chance out in the 18-yard-box but also will punish you from distance if you don't close her down.

“She is a perfect example for players at the club who have ambitions to reach a level to play in the first-team. They have to work even harder to stay there and not take anything for granted.”

After the evening’s virtual presentation came to an end, Director of Football Rodd said: “I'd like to congratulate all the winners, thank all the dedicated staff of coaches and the unsung back room staff.

“Thanks all the players for pulling on the green jersey. Also, a huge shout out to all the generous sponsors. I thank you all.”