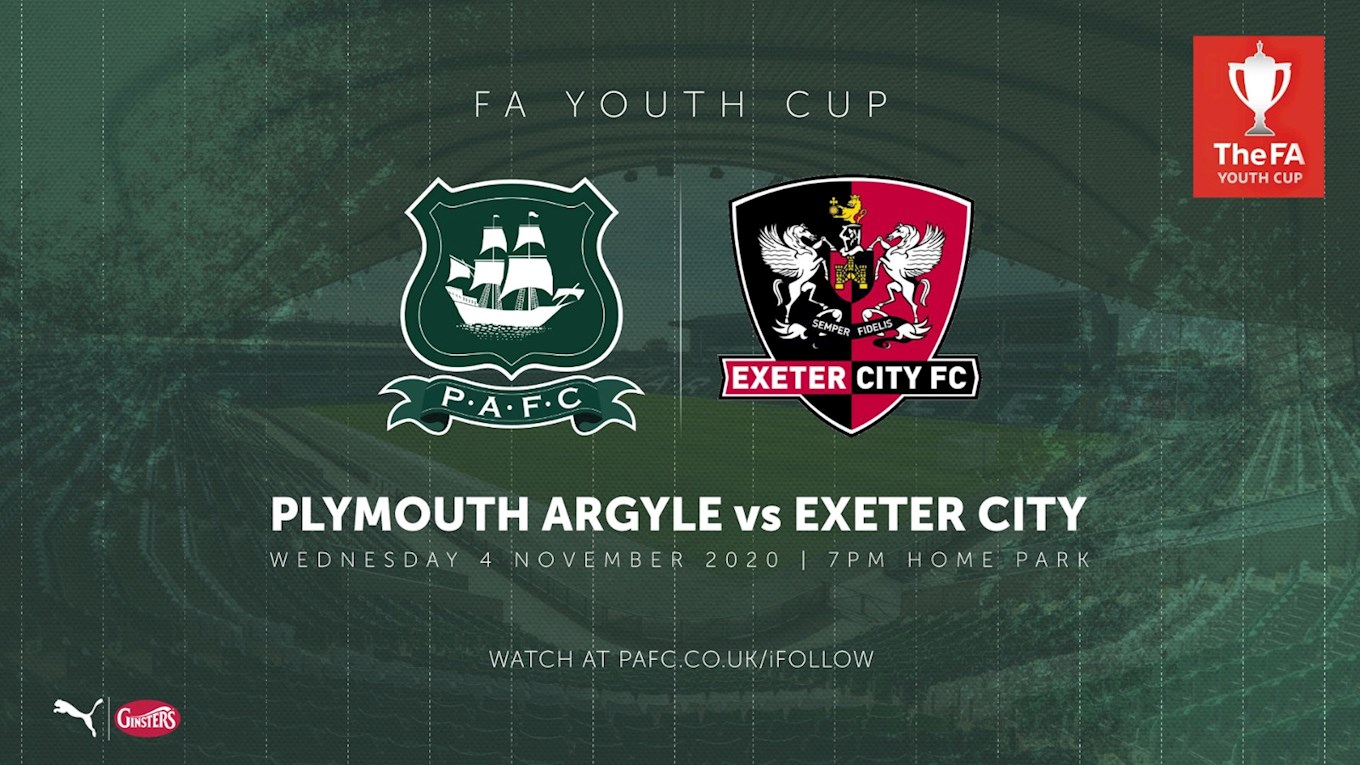 The Greens kick-off against the Grecians at 7pm at Home Park, with live four-camera coverage beaming the game to supporters free of charge.

While Way relishes the opportunity to showcase his young charges’ talents on the big stage, he knows that there may be a few extra nerves come kick-off.

He said: “It’s important that the players focus on their responsibilities and the match itself, rather than the occasion.

“The FA Youth Cup is some of the best memories for scholars entering into the programme, it gives the team a chance to go on a good run, play in grounds that they wouldn’t normally play in, and being a local derby, it gives it that extra little edge to the game.

“Some, I don’t think, would’ve played at Home Park before, the pitch is very fast, the game will be fast, and they need to make sure that their concentration and focus levels remain high, knowing that their mum and dad are the other side of the screen, it’s a whole new experience for them.”

The Academy project at Home Park has really picked up steam in the past 12 months, with Director of Football Neil Dewsnip leading a wide-ranging Academy restructure, with the focus on unifying the Pilgrims’ style of play with the philosophy employed by Ryan Lowe’s first-team.

Way himself was brought in as a part of that restructure, with a remit to lead the under-18 side, and the early results have been promising.

He said: “When you look at working with the players, with the lockdown situation, it’s probably only been six months of training ground time with the players. You only have to look at the league table to see that there’s been a massive improvement from the group.

“We’re in competition with the other clubs at that level now. The team is the most important thing, players making sure that they stick to their roles and responsibilities, we are a collective group and don’t play as individuals. That’s been the biggest improvement.”

Way’s influence has seen a number of the Pilgrims’ prospects step up to the fringes of first-team action, with second-year scholar Brandon Pursall notably making his full debut in the Papa John’s Trophy defeat at Cheltenham Town earlier this season.

The former Yeovil Town manager’s motivation is to try and bring more of his prospects into first-team reckoning, and he knows that the FA Youth Cup is another opportunity for his players to impress in front of senior personnel at Home Park.

He said: “From a technical point of view, that takes time, but if we can get them as close as they can to the pace that the first-team level is played at, they stand a better chance of playing first-team football.”

The Greens fell to their rivals in the first-round of the competition last year, in a game that was played in torrential rain and howling winds at Home Park. More recently, in EFL Youth Alliance action, the Pilgrims were unfortunate to lose out to a late City winner.

Way said: “When you look at the results over the previous seasons, this year’s was probably the closest that we’ve been, as far as an all-round performance against an Exeter team.

“It hurts me to say as an Argyle supporter, but we have to make sure that our standards are past those of Exeter City, but that doesn’t happen overnight. That game, we were close, and we’ve made one or two adjustments since then.

“Being a cup game, it’s a one off game, it’s different from the league game, and knowing that it’s a must-win game, and the opportunities for the winners, that’s the pressure that you have to manage as a coach, as a team, and as a group of players.”

While in-person attendance is prohibited, the fixture is available to watch free of charge on iFollow Argyle.