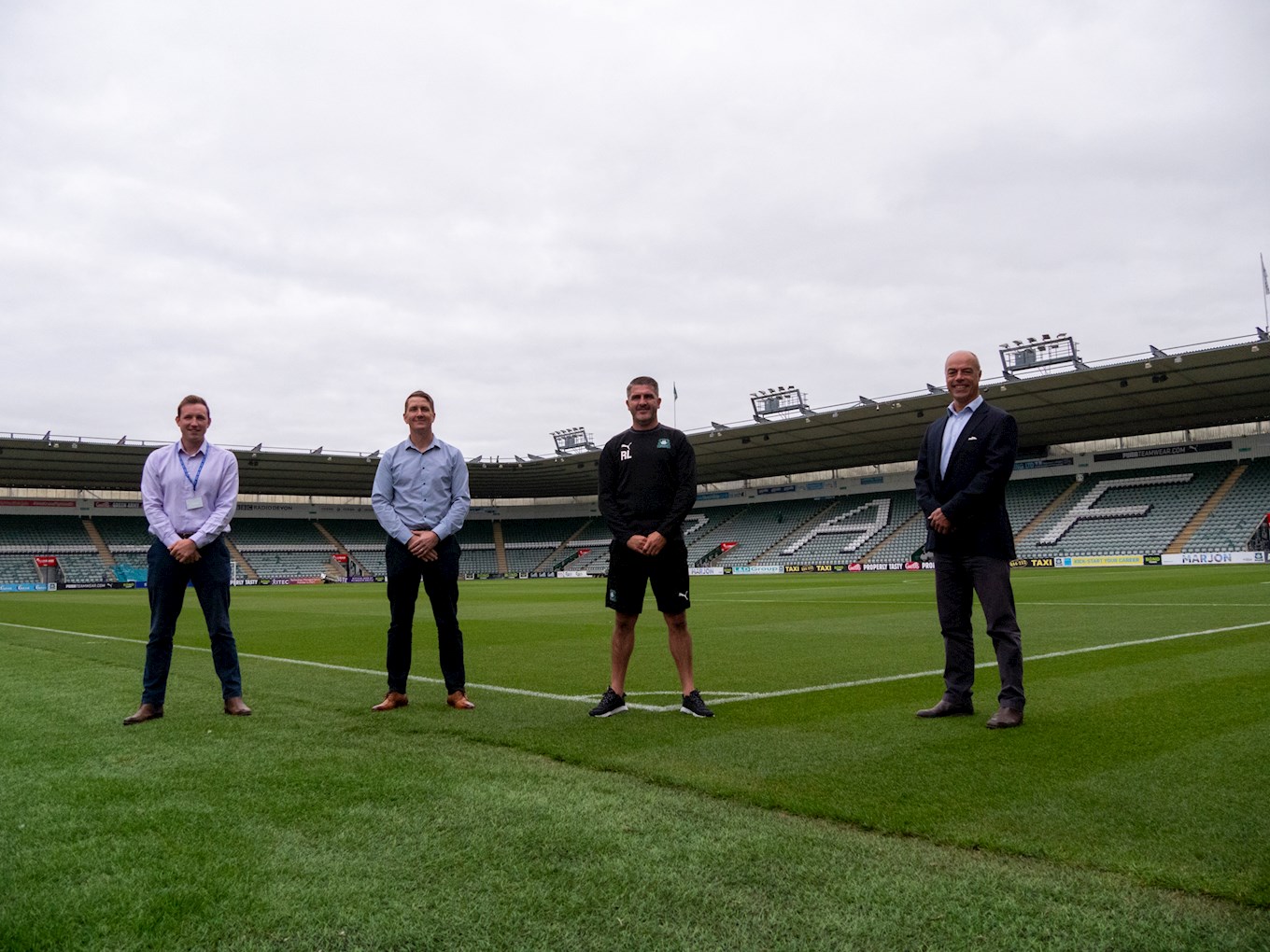 We are delighted to have extended our Official Energy Partnership with award-winning local innovators IU Energy until the end of the 21/22 campaign.

The agreement extends IU Energy’s support for the Pilgrims into its 12th year, with the Plymouth-based company first joining the club as a partner back in 2009.

Having won multiple national awards for their innovation and green credentials, the club sees IU Energy as an essential long-term partner, helping Argyle to make a significant contribution towards the city of Plymouth’s 2030 net-zero carbon target.

IU Energy are perhaps best-known to the Green Army as the company behind the installation of 59kW solar panels on the roof of the newly-developed Mayflower Grandstand, which are arranged to spell out the letters ‘PAFC’ - as captured by a number of aerial drone shots of the Theatre of Greens.

IU Energy CEO, Duncan Banks, said: “Plymouth Argyle is a high-profile example of a green organisation in our city, and we are delighted to continue helping them set that example.

Chaz Lawrence, IU Energy MD, added: “We would also like to congratulate them on their recent EFL ‘Family Excellence Award’ and of course their strong performance in Sky Bet League One. We look forward to working with them once again.”

The Pilgrims’ Head of Commercial Operations, James Greenacre, said: “The renewal of our partnership with IU Energy is a tremendous boost for the football club, and cements our commitment to a Green future, on and off the field.

“We would like to thank Duncan, Chaz and the rest of the IU Energy team for their unwavering support of the club – not just as a partner, but also as members of the Green Army, and we look forward to achieving great things together in the coming seasons.”

For more information on IU Energy, visit their website.