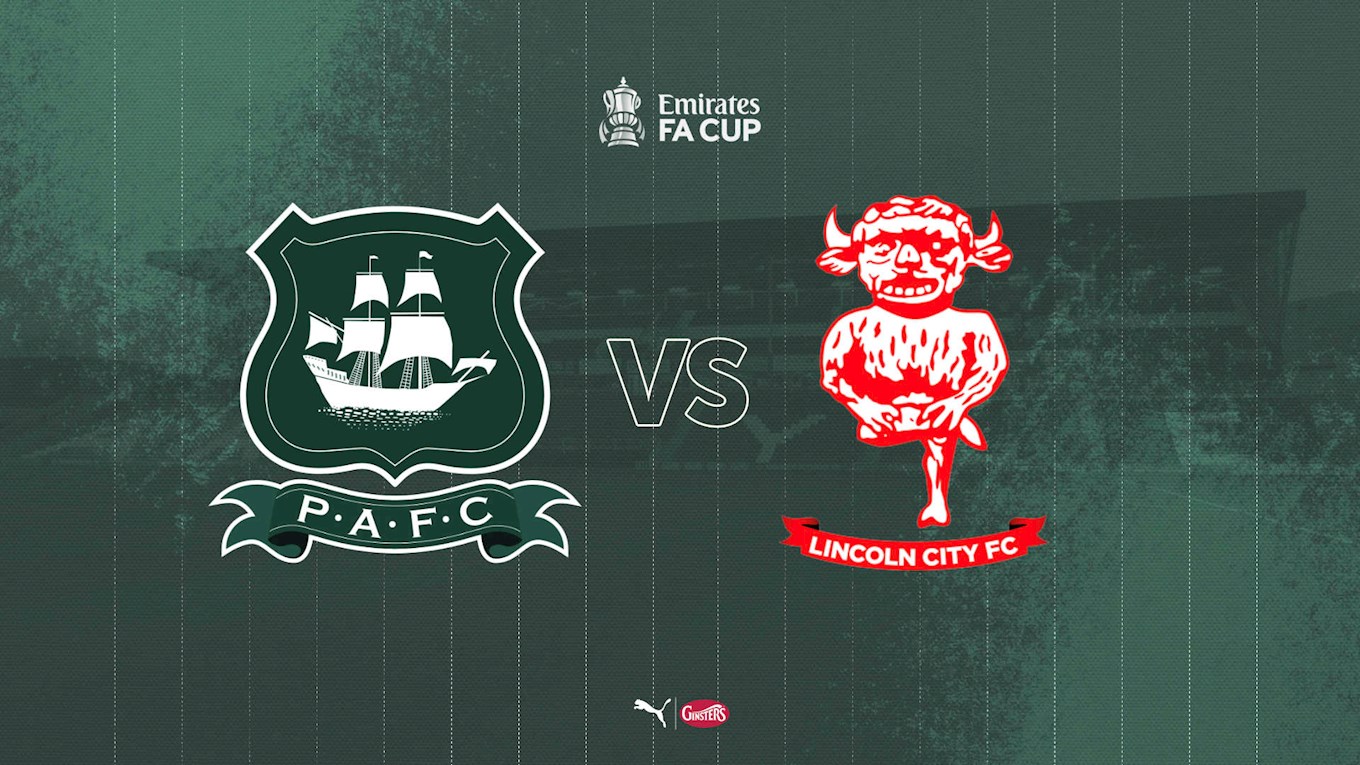 Ryan Lowe’s Pilgrims take on high-flying Lincoln City at Home Park on Saturday, knowing that a win could see the Greens rewarded with a tie against Premier League opposition in the third round of the Emirates FA Cup.

Argyle secured passage to the second round of this year’s competition with an impressive 1-0 away win at Charlton Athletic, courtesy of a Luke Jephcott strike on the hour mark. Saturday’s opponents, the Imps, earned the trip to Devon with a six-goal demolition of Sky Bet League Two Forest Green Rovers at home.

The Pilgrims met Michael Appleton’s side back in October, losing their Sky Bet League One encounter 2-0 in frustrating circumstances at the LNER Stadium. The Greens’ preparations were thrown into disarray by the enforced late withdrawal of defensive duo Niall Canavan and Scott Wootton due to COVID regulations, and a soft penalty awarded early in the second half proved crucial in defeat.

Saturday will be the third time the Greens have met the Imps in FA Cup history, with Argyle victorious on the two previous occasions.

In January 1914, 18,260 supporters watched Argyle beat Lincoln City 4-1 in the first round of the competition, Freddie Burch, Jack Butler and Harry Raymond (2) on target for the Greens.

Nearly a century later, in the 2013/14 campaign, the two sides were drawn together in the first round, this time at Sincil Bank, where John Sheridan’s League Two Argyle played out a 0-0 draw with then non-league Lincoln. In the replay, Reuben Reid scored a hat-trick as the Pilgrims prevailed 5-0 at Home Park.

Imps manager Michael Appleton indicated in his pre-match press conference that he may make a few changes from last time out, a 1-0 away win at Swindon Town in midweek, and defender Joe Walsh is back in contention following a month on the sidelines with a knee injury. However, forward Remy Howarth and winger Zack Elbouzedi are likely to miss out on the trip to Devon.

For Argyle, central defender Niall Canavan is eligible for selection after serving a one-match suspension for collecting two yellow cards in the defeat at Fleetwood a week earlier.

Saturday’s Emirates FA Cup match is available to stream live in the UK on iFollow Argyle, and a match pass costs £10. Click here to buy yours.

Please note, due to international broadcast rights, video match passes will not be available for overseas supporters.