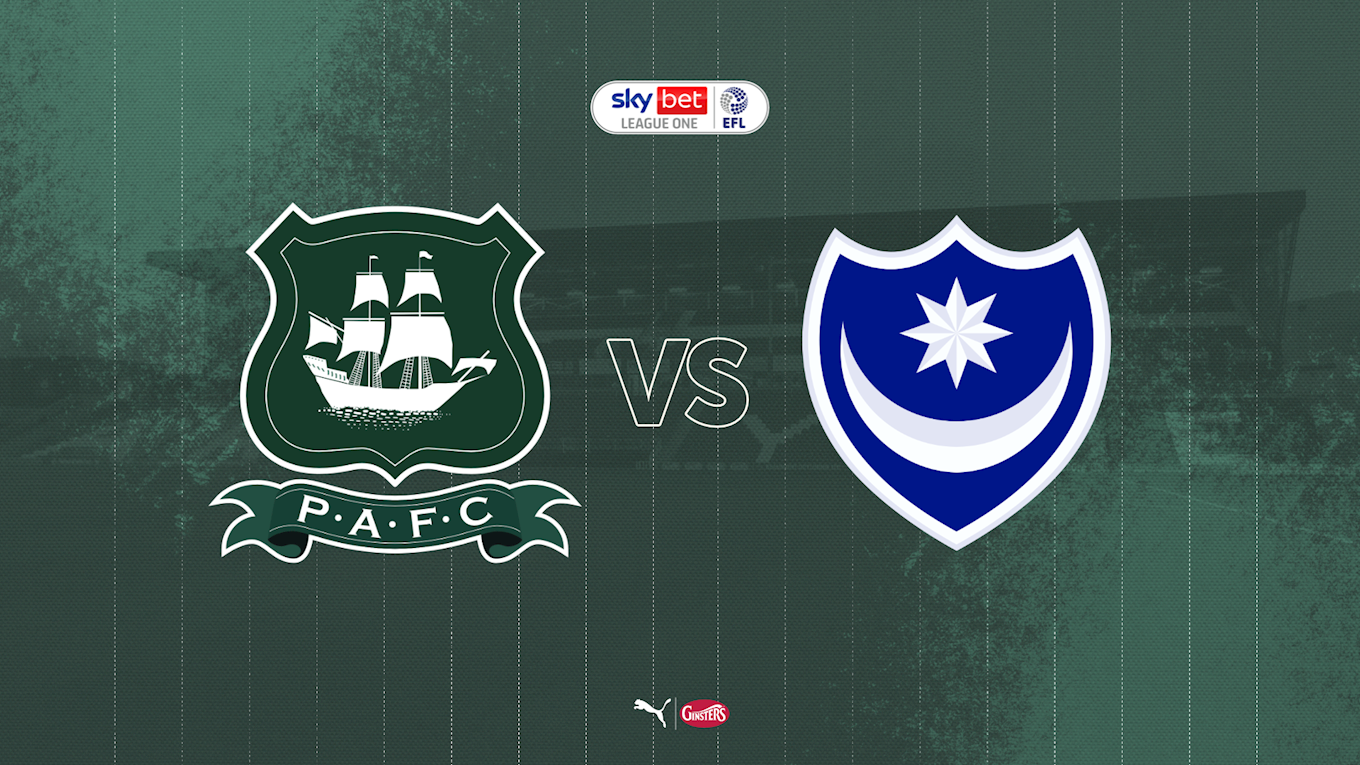 Having won four consecutive games in all competitions, Argyle face one of the toughest tests of the season so far on Monday night.

The Sky Bet League One fixture against Portsmouth sees the division’s best home and away records clash live on Sky Sports.

Ryan Lowe’s Pilgrims have accrued five wins and one draw from their opening six league games at Home Park this season, while Kenny Jackett’s Pompey remain unbeaten on their travels, winning four of their five league fixtures away from home.

The two sides sit on the fringes of the play-off pack, with Pompey, who have reached the League One play-offs in both of the last two seasons, recovering from a sluggish start to the 20/21 campaign to sit two points clear of Argyle before kick-off on Monday night, having played one more game.

Results on the road for the Fratton Park side include the notable scalps of high-flying Lincoln City and Sunderland in recent weeks, with striker John Marquis bagging a double on each occasion in 3-1 victories. In Emirates FA Cup action last weekend, the south coast side added another impressive victory against Ipswich Town, with Sean Raggett netting an extra-time goal to give Pompey a 3-2 victory – although a heavily-rotated Portsmouth side did lose out to West Ham United’s under-21 side in Papa John’s Trophy action in midweek.

Lowe’s side will arrive at kick-off without fear, having generated some excellent results in recent weeks. A much-changed Argyle side saw off Newport County 3-1 in their Papa John’s Trophy dead rubber in midweek, adding to a superb 1-0 win on the road at Charlton Athletic in the first-round of the Emirates FA Cup.

Last time out in the league, Argyle put four past Swindon Town, courtesy of a Luke Jephcott double, Joe Edwards, and a sublime Conor Grant free-kick.

The Greens will be without top scorer Jephcott for the clash with Portsmouth, as the Pilgrims’ Academy graduate is on international duty with the Welsh under-21 squad. However, apart from Jephcott’s absence, Lowe has a near fully-fit squad to choose from, save for long-term absentee Gary Sawyer, and midfielder Lewis Macleod, who has returned to training after a knee injury.

Portsmouth will arrive at Home Park without talismanic winger Ronan Curtis, who is on international duty with Ireland, while summer signing Michael Jacobs is also unlikely to feature due to injury, joining captain Tom Naylor and last weekend’s match-winner Raggett on the sidelines. Meanwhile, midfielder Andy Cannon and defender Jack Whatmough face a race to get fit in time for Monday night.

ARGYLE AT HOME TO PORTSMOUTH IN THE EFL

Bob Jack’s Pilgrims recorded our first ever 2-0 win in the Football League during this fixture. Patrick Corcoran and Harry Raymond scored the goals that sent Pompey home empty handed.

Derek Adams’ Pilgrims drew 1-1 with our visitors from Hampshire last time out, with Graham Carey scoring direct from a free kick in the 70th minute to rescue a point for the Greens after Ben Close had given Portsmouth the lead early in the second half.

Under the joint stewardship of Neil Dougall and George Taylor, we beat our south coast rivals 5-1.

A George Kirby hat-trick, together with goals from Alex Jackson and Peter Anderson, gave us victory. The following Saturday, we won 5-1 at Huddersfield Town – the only time in our Football League history that we have recorded back-to-back 5-1 victories.